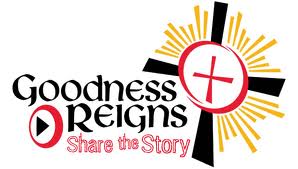 A web video competition shows young Catholics how they can share their faith online.

God’s providence can manifest through technology, according to Suzanne Haugh, director of Goodness Reigns, a short web video project that summons the creativity of youth and young adult Catholics to tell their faith story. The undertaking will end with 22 winning entrants either attending World Youth Day 2011 in Madrid or receiving video equipment if they choose.

Officially launched in 2009, seeds for Goodness Reigns had been planted years before while Haugh was teaching high school journalism, working collaboratively with students to produce a school newspaper and other literary material. “It was a wonderful process, and I used to tell them, ‘This is real world stuff. It’s not like a paper that when you turn it in it’s just for you. You’re producing something that’s for a community. You’re contributing to the legacy and history of the school by documenting its history.”

Haugh says she soon began seeing the value of connecting both written and visual communication. “People can look at a headline and they might flip the page…but if you can make a short video that can grab them right at the beginning, then you can get some wonderful information across.”

The competitive nature of teens coupled with their ease with new media and technology proved a perfect blending. “We’re hoping the youth and young adults who have participated will have a sense of being a digital witness for their faith,” Haugh says.

The project even garnered the attention of a teen girl in Pakistan who wanted to get involved but had no video equipment, but did have photographs. Eventually, Haugh connected the student with a teacher at Archbishop Carroll High School in the Philadelphia area. They’ve since begun a multi-country collaboration. “Through this, I’ve become more aware of the persecution that Christians face around the world,” Haugh says, “To think that for some people, going to Mass on Sunday, they’re risking their lives, it’s an important realization that we need to sit with here in the United States.”

Haugh’s children, 14, 12, and 8, and husband also have become involved in the project, praying with her for its sustenance, helping prepare registration materials, and watching the videos. “It’s been a blessing to me to be able to share with them how, when we give ourselves to God in service of other people, we’re allowing great things to happen,” she says.

Roxane B. Salonen is a writer living in Fargo, North Dakota. You can find her on her blog Peace Garden Mama (roxanesalonen.blogspot.com) and on Twitter @Peacegardenmama.