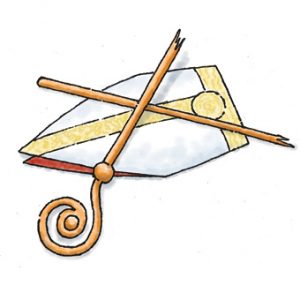 How do we honor a pope whose complexities are still fresh in our memory?

As Pope John Paul II is beatified May 1 before hundreds of thousands in St. Peter’s Square, many will be recounting what made his papacy memorable: the throngs of young Catholics he gathered at World Youth Day; his many world travels that promoted a more robust place for Catholicism on the world stage; his long yet courageous physical decline that encouraged many suffering with similarly debilitating illnesses. There was a reason so many gathered beneath his window in those last days, and why they chanted “Santo subito!” (“Sainthood now!”) at his funeral.

At the same time Karol Wojtyla was a man of contradictions. Though a great champion of the Solidarity labor movement in his native Poland, he was a harsh critic of Latin American liberation theology. He promoted a renewed, inculturated liturgy when he traveled, but under his reign a rollback of the liturgical reform gathered steam. He regularly gathered bishops for synods on various topics but profoundly curtailed the ability of national bishops’ conferences to teach on their own.

Pope John Paul II gathered many faiths at a groundbreaking event in Assisi in 1986, but his outreach to the world’s religions was profoundly compromised by a document issued in 2000, Dominus Iesus, which forcefully insisted on the necessity of Christ and of the Catholic Church for human salvation. A friend to the world’s young people, he was slow to respond to crimes against children committed by his fellow priests.

It is a reasonable question to ask which Pope John Paul II we are beatifying: the man who reached out to the world with open arms or the one who, aided by a reign that lasted nearly three decades, reversed the course of the post-Vatican II church in many ways. It is an especially important one to ask, as many see his beatification as an affirmation of his papal program as well.

Worth remembering, however, is that when the church canonizes or beatifies someone, we hold up a person, not a political program or particular vision of the church or the world. The calendar of saints is full of women and men just as complex as Karol Wojtyla. St. Jerome was notoriously unpleasant to be around. St. Augustine had personal hang-ups that shaped Christian theology for centuries. The visions of some saints would get them institutionalized today, and a few saints were so zealous for their approach to truth that they persecuted those who disagreed. Some were just plain wrong: Pope St. Pius X, remembered for lowering the age of first communion, waged a harsh campaign against theologians he termed “modernists,” most of whose positions were rehabilitated by the church only a few decades later.

Indeed, the church’s saints and blesseds—Pope John Paul II among them—are a reminder that holiness is not the same as perfection. It is not always a sure defense against egotism, nor is it a guarantee of moral or intellectual rectitude. Saints make mistakes, sometimes terrible ones, but we honor them because we also see in them a heroic response to God’s offer of grace, even if that grace did not overcome whatever fatal flaw every hero seems to have.

Yet in every hero there is also much to admire, and that is no less true of Blessed Karol. First among the virtues of the late pope was his courage: “Do not be afraid,” he preached at the beginning of his long papacy—and he wasn’t, crossing barriers popes hadn’t crossed before, passing the thresholds of synagogues and mosques, stepping over disputed borders in the Holy Land, and facing down the communist political system that shackled his beloved homeland.

Pope John Paul II’s meeting in 1983 with his would-be assassin, Mehmet Ali Agca, showed the world the healing power of reconciliation. He even dared to be playful when the time was right: Who can forget the image of a diminished John Paul II accepting with good humor the sunglasses offered by U2 front man Bono?