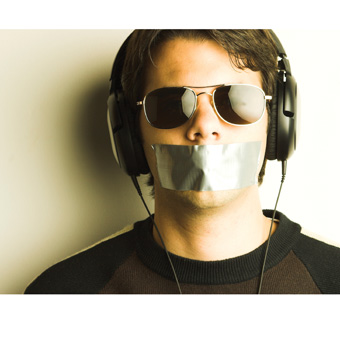 A priest ponders ways to get young Catholics to confession.

He was a 16-year-old Catholic high school student who entered my confessional during a school reconciliation service at a local retreat house where I assist with confessions. “I’ve done everything,” he said, like some penitents when they don’t know where to begin or how to get started.

“Ever murder anybody?” I asked, somewhat humorously, to break the ice. His eyes filled with tears, his head dropped, and he mumbled, “Yes.” He had lived on the West Coast and got involved in a gang beating where a boy was killed. Although he had not actually struck any blows, he was in the group and, as a result, was carrying around a lot of guilt and pain. He knew it would haunt him for the rest of his life.

He and his mom moved east to get a new start in life, and he was determined to take advantage of the new opportunities and support to make up for the past. He was doing well in school and liked the new environment. We talked for quite a while, and I encouraged him strongly to make a new start with the opportunities ahead of him and make his mother proud, something I sensed was a strong motivating factor in his decision. He would have to live with the memory of the beating but hopefully learn from it.

For several years I have been a confessor at a local youth retreat house and at a diocesan high school. My decision to take on this additional ministry was motivated by a desire to stay in touch with this millennial segment of the Catholic population. Not all encounters with young Catholic penitents are dramatic. Most of the confessions are fairly routine discussions about parental problems, dating issues, stressful school schedules, and similar teen concerns.

Over time I began to notice that in each group a sizable number of students chose not to approach a priest during the penance service in school or at the retreat house. Despite creative penance services, motivational talks from teachers and clergy, contemporary examinations of conscience, and assurances that “It doesn’t matter how long you have been away from confession or whether you know the proper formulas or not,” many students simply remain seated, busying themselves with reading, listening to music, or chatting quietly.

I was curious about this and decided to find out why. The only way was to ask the students themselves, so I designed a simple questionnaire and, with the help of a religion teacher at a Catholic co-ed high school, I gave the survey to 677 students shortly after a communal reconciliation service. Seventy of the students identified as non-Catholic, although nine had opted to meet with a priest, as they were encouraged to. Of the 607 self-identified Catholic students, 397 had approached a priest while 210 chose not to.

The questionnaire consisted of 10 statements suggesting a variety of reasons why a student would decline the chance to go to confession. Students were asked to prioritize 10 reasons for their non-participation (1 being the most important and 10 the least) or simply a zero if the suggested reason had no impact at all on their decision. The survey was not intended to be a scientific analysis but an informal tool to provide a snapshot of one Catholic educational setting. The results were enlightening but not all that surprising.

Twenty students said they felt “more comfortable” speaking anonymously to a priest, rather than face-to-face. Eleven indicated some fear that the priest would be “angry, disappointed, or harsh.” Eleven said it had been “a long time since their last confession” and couldn’t remember everything. The most significant reason, however, came from 123 students who said they felt they “could get forgiveness directly from God and did not need to tell their sins to another human person like themselves.”

Some of the practical obstacles are easily remedied: provide the option for anonymous or screened confessionals that the church allows and ensure privacy—both visual and audible—for all the confessional stations, even those face-to-face. More effective catechetical programs on the sacrament of reconciliation could help remedy psychological and pastoral obstacles such as peer pressure, previous bad experiences, unawareness of sin, and ignorance of real conscience issues. Introducing each priest by name beforehand and having them say a few words could help some students get to know them personally, rather than viewing them as occasional visitors.

Providing young Catholic students with a more realistic understanding of sin is a crucial part of the solution. Many think of sin as breaking a law, and some really don’t see the meaning or reason for the law in the first place. Sin is something, mostly actions, that priests and religious educators have said is “wrong” and “hurts others,” but not all students are really convinced of it.

These might be serious concerns requiring attention, but, with older students, we need to move beyond these issues and help them understand the personal and social impact of other, more destructive attitudes and behaviors of which they might be unaware.
Well-written contemporary examinations of conscience geared to the culture and life experiences of teens can be helpful tools. They might raise issues of questionable uses of the Internet (addiction), shoplifting (habitual), underage drinking risks (parental trust issues, sexual vulnerability), greed (succumbing to advertising media), family conflicts (isolation or insensitivity to working parents), prejudice (ethnic, racial, sexual orientation, sexist attitudes), slander (damaging reputations), violence (verbal, ridicule degrading others), narcissism (lack of compassion for other students), and conformism (negative or destructive attitudes and behaviors in order to be accepted although they violate one’s sense of healthy human relations).

A good liturgical celebration of reconciliation can be an effective tool, helping students understand the communal nature of sin and reconciliation. In a culture that proclaims the individual as No. 1 and tells people they can shape their own lives and values any way they want, it is not surprising that for many sin is something that hurts them or perhaps their relationship with God, but not really the larger community of school, parish, home, and church. It is much easier to make tangible the church as the body of Christ in a celebration of the Eucharist, especially among young people.

The community aspect is easily visible and internalized when we gather, sing, listen, pray, share a sign of peace and a meal of food and drink, to say nothing of the socials that usually follow. Reconciliation, on the other hand, is primarily experienced as a private, personal, and intimate meeting between the individual and God. The challenge is to ritualize the sense of community when celebrating forgiveness, renewal, and reconciliation.

Anything we can do to encourage students to engage personally with a priest, beginning first in the catechetical setting, is worth the effort if we appreciate the reality that for many students this encounter might be the only chance they have to be themselves, honestly and openly with a trusted adult to talk about their fears and struggles.

My experience has been that many are coping, at times heroically, with serious life issues such as parental divorce or alcoholism, drug use, sexual or psychological abuse, depression, confusion, and interpersonal conflicts, although these might be more challenges than personal sins. The experienced confessor can engage them in a nonthreatening dialogue and probe gently for the underlying motivating factors like misplaced anger, insecurity, poor self-esteem, impulse control issues, and identity questions.

The sacrament of reconciliation is not a substitute for therapy, but for some of our kids it is the only experience they might have to unburden themselves, perhaps for the first time, of a well-kept secret with a sensitive, wise, and compassionate listener who can counsel and advise in a prayerful setting. For others it might be the first step toward more sustained professional help. For all of them, at least for a few minutes, it is dialogue with a concerned adult who seems to understand and empathize.
For this alone, the time, the energy, the prayer, and the occasional heartache involved on the part of the minister in sharing their pain, confusion, and fears is what the sacramentality is all about.

The role of the priest, representing both the healing Jesus and the embrace of the welcoming community, needs more effective communication both intellectually and behaviorally. The belief that “I can tell God my sins and get forgiveness” is common among Christians (the Our Father) and is surely valid, but all denominations have some form of a common rite of sorrow as part of their worship.

Catholic belief and practice, however, bring the words and deeds of Jesus in material things like oil and water, laying on of hands, bread and wine, the bodies of spouses, and the words of Jesus declaring, “Your sins are forgiven.” Accompanied by the laying of hands on or over the head of the penitent with head bowed, these words are a powerful and effective sign on an emotional level.

Whether we can effectively revitalize the sacrament of reconciliation among Catholic teens or whether the sacrament is undergoing a historical evolution with results we cannot control or determine remains to be seen.

Some moral and pastoral theologians call for a re-thinking of the sacrament to de-emphasize the confession of “number and kinds” of sins, and to focus more on the attitudes, values, beliefs, and underlying motivating factors of the individual. The priest needs to take time with students to appreciate their levels of maturity and their strengths and weaknesses, and help them distinguish real sin and authentic conversion from minor faults and defensive justifications in both individual and communal relationships.

Moral theologian Father Charles Curran believes that penance should celebrate God’s joyful forgiveness and mercy as found in the church and strengthen the penitent’s recognition of the need for ongoing conversion and growth in relationships with God, the neighbor, the self, and the world. As long as we expect Catholic teens to be present for communal penance services in high schools and retreat houses and encourage them to take advantage of the opportunity to speak personally with a priest, we owe it to them to make the sacramental encounter as inviting and nourishing on both the human and spiritual level as we possibly can.

Robert Nugent, S.D.S. is a Salvatorian priest engaged in pastoral work in the United States.