Daniel Sulmasy discusses preparing your family for how to respond to a health crisis when you can't.

What kind of advance directives do you recommend?

I strongly recommend a health care proxy or durable power of attorney for health care. A living will may be OK if you don't have anybody else to speak for you or have very specific wishes.

But even as a bioethicist I don't have a living will because I can't write one that I think would cover every single possible condition, treatment, circumstance that would be necessary to really make an effective document. So the best thing is to identify the person you want to speak for you, and then to talk to that person about what I might want.

I led a study that compared the responses of patients and their designated surrogates about what treatment they would like if they went into a coma the following day. We found that the surrogates were right about two thirds of the time. That's better than chance, which would be only 50/50, but they're wrong one out of three times.

The single most significant predictor of accuracy is whether they talked to each other. So if you fill one of these things out, you've got to talk to the person you've designated.

Should you talk about specific cases that might arise?

That's one thing to talk about. But also talk about what role you want the surrogate to play. The law is based on this fiction that surrogates should be able to predict what the comatose patient would want, even though we know that people are inaccurate at doing that. We also know that most patients don't want their surrogates to do that.

American law in bioethics thinks it's all about our autonomous preferences, but real human beings say it's about relationships, about who we trust, who loves us. So one thing to talk about is not just what are my preferences, but also how you want these decisions to be made.

That's the normal way these decisions ought to be made. It's been the wisdom of the church for centuries.

Back to those studies: One of the predictors of surrogate accuracy was talking to each other. But one of the predictors of inaccuracy was being somebody who attended church services on a regular basis. So what better place to talk about these issues than in congregations, right? Let the parish have a health fair and, as part of it, have people fill out health care proxies and talk about these situations. That's a way parishes can actually help people on this issue. 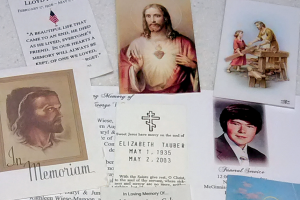 How praying with memorial cards helps us grow in holiness 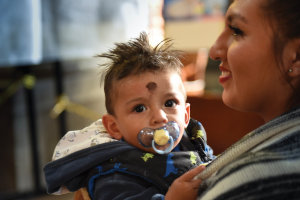