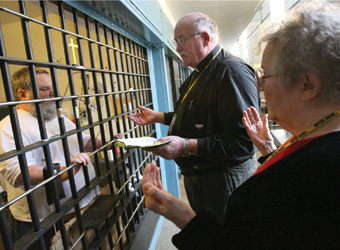 "The deacons would go into the sacristy and vest with the priests, but they would come out holding hands with their wives," he says. "There's obviously a big difference there between priests and deacons."

Brooklyn Deacon Greg Kandra says that since he became a deacon, his wife, Siobhain, has been nicknamed "first lady of the parish" by his pastor. "Many places are still trying to work out what to do with a member of the clergy that's married," Kandra says.

It's not just a husband's life that is transformed by ordination, says Father Shawn McKnight, the new executive director of the USCCB's Secretariat for Clergy, Consecrated Life, and Vocations. A deacon's wife is equally affected, and "if deacons are selfless servants, their wives are even more so."

McKnight says one key quality in a prospective deacon should be "the ability to spend time on ministry without gutting his marriage."

Diane Smith, who is married to a deacon, says, "You have to realize that your husband is going to be spending some time at church and not always be home." But she adds the benefit is "the grace you receive from ministering together as a married couple and individually."

Smith was always very involved in her parish, the Church of the Ascension in Fountain Hills, Arizona. After her husband Dick's ordination, Smith has continued to be a lector, serve on her parish pastoral council, and work with her husband in ministry at a retirement community and visiting shut-ins.

For Rita Estrada, wife of Los Angeles Deacon David Estrada, who was ordained in 1997, it was important to feel equally involved in formation with her husband. She had heard from wives in earlier deacon classes who were invited to formation classes but who basically had to sit in the back of the classroom and listen.

For her class it was completely different. "The wives were asked to do everything the husbands did," she says. If they wanted, they could practice preaching even if they would never be able to do so at an actual Mass.

"There are many wives that do minister with their husbands," Estrada says. "And even if they didn't…they were familiar with what their husbands did."

Deacon Craig Siegman, the director of diaconate formation for the Archdiocese of Los Angeles, says the current requirements are that wives attend the aspirancy year of formation with their husbands. They are then encouraged to participate in the remaining years. He thinks that by attending the entire formation period, wives better understand their spouse's life as a deacon. "When I'm working on a homily she doesn't say, ‘Oh, you can do that some other time,' " Siegman says. "She understands how much is involved in that and that I need time for that."

Manuela Tugman says her experience in the Diocese of Bridgeport, Connecticut was not quite so involved. "The only involvement the wives had was that during formation weekends we met late Sunday morning with one of the wives of the ordained deacons for a group meeting," she says.

But the support is still there, she says. "The role of the wife of a deacon is to be a supportive of his ministry. Because he can't function if the wife doesn't support it."

Estrada says only one or two women in their 1997 formation class expressed that they wanted to be deacons, too. "There might have been a couple that felt that they were called to ordination," she said. "I don't think it became a big issue because they knew they couldn't be involved that way."

Instead many wives, like Estrada, work alongside their husbands in ministry or have their own. Estrada and husband, David, collaborate in teaching and arranging RCIA, funeral vigils, baptisms, and marriages.

Image: Deacon Malcolm Lunsford and his wife, Shirley, pray with death row inmate James Harrison during an afternoon communion call at Indiana State Prison in Michigan City. The couple regularly visits the state prison together, praying and talking with inmates.

Anna Weaver is the multimedia editor at Northwest Catholic magazine and lives in the Seattle area. 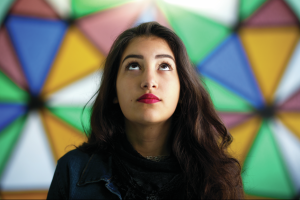 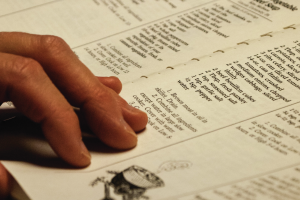 Quirky parish cookbooks can bring community to your kitchen