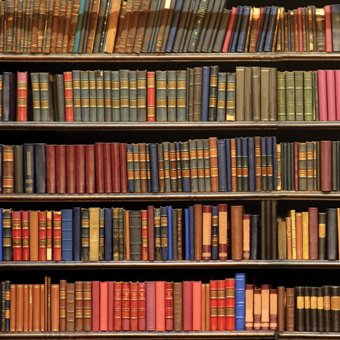 What do Jean Paul Sartre, Voltaire, Immanuel Kant, John Milton, and Galileo have in common?

These esteemed writers, philosophers, and scientists also all had works banned by the Catholic Church on its infamous Index Librorum Prohibitorum or Index of Prohibited Books. Although formally abolished in 1966 by Pope Paul VI, over nearly four centuries church leaders flagged more than 4,000 works as damaging to the faith or morals of Catholics–and threatened excommunication for reading, publishing, selling, or even possessing them.

Such suppression seems archaic in the 21st century, but the original purpose of the Index was to safeguard the faith and morals of Catholics and to offer assistance to ordinary Christians in determining what was detrimental.

The first Roman Index, issued in 1559 by Pope Paul IV and revised a few years later by the Council of Trent, banned books deemed heretical, superstitious, and immoral or obscene, as well as entire classes of books, such as non-Catholic translations of the New Testament. Later the Talmud and other Jewish texts were added.

Canon law still recommends that Catholic works concerning scripture, theology, church history, or morality be submitted to the local ordinary for a nihil obstat (“nothing forbids”) and imprimatur (“let it be printed”) before publication, although in practice only a minority of books-religion texts, prayer books, or other official collections–go through that process.

The Vatican’s Congregation for the Doctrine of the Faith still reserves the right to ban books it deems theologically erroneous. In recent years, for example, the CDF has condemned Oblate Father Tissa Balasuriya’s book Mary and Human Liberation and the early works of Jesuit Father Anthony de Mello, both for what the Vatican saw as drawing dangerous comparisons between Christianity and Eastern religions. The CDF also “admonished” liberation theologian Jon Sobrino, a Jesuit priest, for his writings.

Alternatively, the Vatican can ban a writer from teaching as a Catholic theologian, as in the case of the moral theologian Father Charles Curran or Jesuit Father Roger Haight.

But sometimes the church changes its mind. The 16th-century Dominican Friar Giordano Bruno, an astronomer burned at the stake for, among other things, asserting that the sun was just one of a number of heavenly bodies, is now honored with a monument in Rome. The writings of St. Faustina Kowalska, a Polish mystic who founded the Divine Mercy devotion, were on the Index for 20 years.

These reversals call into question the value of such censorship, which at the very least damages the church’s image in modern society.

TagsBooks and literature Glad You Asked