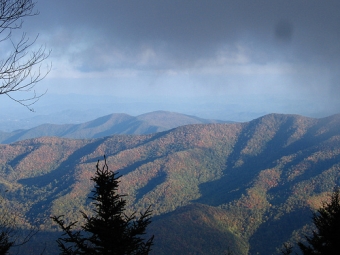 "You can't put a mountain back. Do you think you can do a better job than God?"

— from Leveling Appalachia, a video from Yale's environmental service, e360.

Glenmary Father John Rausch has little patience with those who excuse this kind of environmental destruction in favor of short-term jobs. "It's a false dichotomy," he says. "The coal industry is actually in business to put miners out of a job."

The numbers prove him right: There are less than a third as many mining jobs in Kentucky today as there were in 1980. Instead of investing in jobs, the coal companies instead have bought larger equipment. The monstrous machines have brought down the cost of mountaintop removal mining to $45 to $50 per ton of coal compared to $60 per ton of coal to mine underground.

Father Rausch, however, sees a number of positive indicators, beginning with Pope John Paul's assertion that every person has a right to a healthy environment. He's also found that evangelical Christians, who ten years ago often saw environmental destruction as part of a coming Armageddon, now are more likely to talk about Creation Care.

Christians for the Mountains

GAO Report: The Governmental Accountability Office has issued a report on mountaintop removal mining. See either the one-page summary and 88-page report.