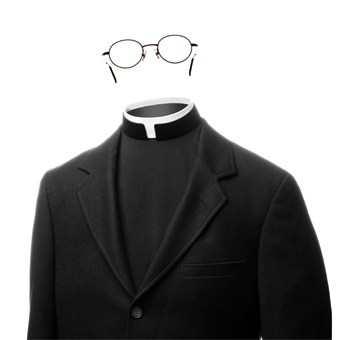 Once ubiquitous, the parish priest is disappearing into thin air, with troubling effects on young Catholic imaginations.

A few years ago while teaching, I realized that my students, mostly Catholic high school graduates, considered bishops to be distant administrators and not teachers. This attitude initially puzzled me, but I soon realized that, because of the decline in priestly vocations, most had been taught solely by laypeople and did not view clerics as teachers.

Catholic boys now grow up without much contact with priests. They know few if any priests personally. Furthermore, they see few priestly role models, and often those are overworked middle-aged or elderly men caring for parishes by themselves. Years ago priests headed schools, hospitals, social service organizations, and charities. Now young Catholics see laypeople occupying many of these offices.

The absence of priests extends beyond formal duties. At my boyhood parochial school, priests would often stop by the classes to chat with students, and they would put in appearances at school plays, concerts, and sporting events. Priests were familiar persons to young Catholics in a way unimaginable in most parishes today.

Today there are priests who must care for more than one parish, with the result that pastoral teams handle much of the day-to-day matters once done by priests. In some parts of the United States, parishes have no resident priest, not even part time. In a contemporary version of the 19th-century circuit rider, an overscheduled priest will visit a parish to celebrate Mass and handle whatever cannot be handled by anyone else there, and then drive off to yet another parish. In such cases, a parish administrator deals with most managerial matters. Often the parish administrator is a woman religious, which means that congregations now see a woman performing duties previously reserved for priests.

The diminished contact of laypeople with priests is exacerbated by low Mass attendance compared to the 1950s and also by the decline of confession. When I tell my students that I go to confession and recommend it to them, many tell me that they have not been since making their confirmation. Mass and confession may be formal contacts, but at least they bring young people into contact with priests.

What can be said of parishes can be said for Catholic education. A student can now go through Catholic education from kindergarten through college and be taught only by laypeople. Many Catholic colleges founded by religious orders now have lay presidents to go along with the lay vice presidents, deans, and faculty. Some orders have such little influence in the schools which they founded that the colleges advertise themselves as being in the such-and-such "tradition," a decorous way of acknowledging the new reality.

While not encountering priests is passive, there may be another factor at work. The priesthood requires serious sacrifices on the part of a young man. Besides celibacy, priests must forgo career flexibility, that is, they cannot change jobs the way a computer programmer might move from Microsoft to Apple. Diocesan priests will literally spend their lives in the same local area and give obedience to the local ordinary, while priests in religious orders must have their decisions ratified by religious superiors.

In the past young men have understood the necessity of making such personal sacrifices in order to become priests, but one must wonder if today some young men may hesitate to make such sacrifices since the church appears to function quite well without many priests.

Another factor now weakening vocations is, ironically, a positive one. In the 1960s the Second Vatican Council called for a vigorous lay apostolate, recognizing an increasingly educated laity who wanted to play a more active part in Catholic life. Many laypeople responded, and their numbers have grown over the years, but the persistent vocation decline caused laypeople to occupy many offices previously reserved to priests, something not anticipated by the council. For example, let me use what I know best-Jesuit education, with which I have been associated as student and teacher for more than four decades.

My story is an increasingly familiar one. When I started at John Carroll University in 1972, I was the only layperson in the department of religious studies. Slowly but surely, via death and retirement, the number of priests-Jesuits and others-declined. In 1985 a dean "reluctantly" (his memo actually used that word!) appointed me to be the first lay chairperson in the department's history. Now we have only one full-time Jesuit in the department, despite our relentless efforts to find others.

Although hired for their abilities as teachers and scholars, professors of theology at Catholic institutions automatically if inadvertently become role models. At my undergraduate institution, Boston College, all of my theology teachers were Jesuits who modeled and imaged a priestly Catholicism. Now lay professors model and image a lay Catholicism, and we do so simply by being who we are. With few priests on campuses, students routinely learn how to be believing, practicing, professional Catholic laypersons.

It is an educational truism that we teach more by who we are than by what we say, and students often relate to who the lay teachers are. Laypeople have experience of marriage, parenthood, job searching, and, for half of us, being women. Yet, by showing how one can serve the church in the lay state, we lay teachers may be inadvertently weakening the attractiveness of the priesthood for our students. And thus the old saying, "No good deed goes unpunished."

I have two concerns about diminishing numbers of priests on campuses. First, I have always worked with Jesuits, including some of the great names of American Catholic scholarship, and it pains me to think that my students will rarely or never come in contact with such men. Although my students will not know it, this will be a serious loss to their education.

Second, Jesuit institutions were founded by priests who saw higher education as living out part of their order's charism. I hear repeatedly how laypeople can continue the Jesuit educational tradition, but the fact is that we do not live the Ignatian charism in our personal lives, and to be a truly Jesuit institution, the colleges and universities need those who do. I suspect the same is true for institutions founded by other orders.

I also suspect that what applies to higher education also applies to many other areas of modern U.S. Catholic life. That is, in their goal of serving the church, young men find a lay vocation more attractive than a priestly one.

Furthermore, the laypeople who have doubts about the necessity of priestly vocations include married women as well as young men, and they, too, must be won over.

I grew up in what sociologists call a "diverse, ethnic, urban neighborhood" (I always thought we were just poor), and we had a local saying: The dream of every Jewish mother was "my son the doctor," and the dream of every Catholic mother was "my son the priest." I do not know what Jewish mothers are dreaming these days, but it is very clear what modern Catholic mothers are not.

Many important church figures have tried to figure out why the vocation decline persists. They have pointed to many causes, the Catholic right to the Second Vatican Council and the Catholic left to Humanae Vitae. There is the sexual abuse scandal, and, more recently, the large number of Catholics who think that opening up the priesthood to women and to married men would fill the seminaries and who thus blame celibacy and maleness for the priest shortage.

Some, possibly all, of these reasons may be correct, and I recognize that this problem should be left to experts. But all church historians, which is what I am, know that the clock is always ticking, and sooner or later a point of no return is reached. Young people are learning to live in a church without priests and may become indifferent to the priest shortage. My concern is that people working on vocations may be focusing on long-range plans for a time that may be too late.

But I do not wish to end on a negative note, so here is a suggestion to increase the number of priestly vocations. A sizable majority of Catholics believes that there is not a priestly vocation shortage but rather that the Vatican has manufactured the shortage by insisting priests be celibate men. These Catholics believe that there would be plenty of vocations if the Vatican would only accept them.

Some Catholics dismiss people with such views. I heard one TV pundit say, "Who cares what they think? They can't change anything." Wrong. They can and have changed things quite a bit by discouraging their sons to accept the priesthood as it is now, thus prolonging and even furthering the vocation shortage.

No one expects the current pope to change the requirements, nor is there any solid proof that abolishing the celibate male requirement would increase vocations. But many people think that it would, and a lot of these people have sons. It may help if the bishops would take these people's concerns seriously, recognize the impact their views have on vocations, and make a concerted effort to explain to them and others why the priesthood must remain open only to celibate men.

Such explanations must be clear and detailed and reasonable. Catholics know that women are already administering parishes and legitimately wonder why women cannot be ordained. Catholics know the priests, bishops, and popes of the early church were married, so naturally they wonder why married priests were good enough for centuries but not now. Increasingly educated laity will not be satisfied with an answer that says, "We've done it this way for a millennium and so we cannot change now."

Catholic tradition does not include the notion that bishops must justify church teaching to skeptical laypeople, but this may be the new reality. More and more Catholics question the need for the celibate male requirement, and fewer and fewer Catholics encourage their sons to think about vocations. If they could be won over, vocations would likely increase. Surely this is a case of the end justifying the means.

Joseph Kelly is a professor of religious studies at John Caroll University in Cleveland, Ohio. 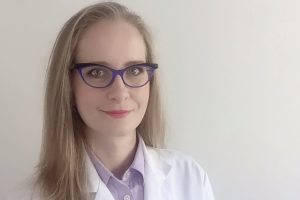 For this pulmonologist, God is a refuge during the COVID-19 pandemic