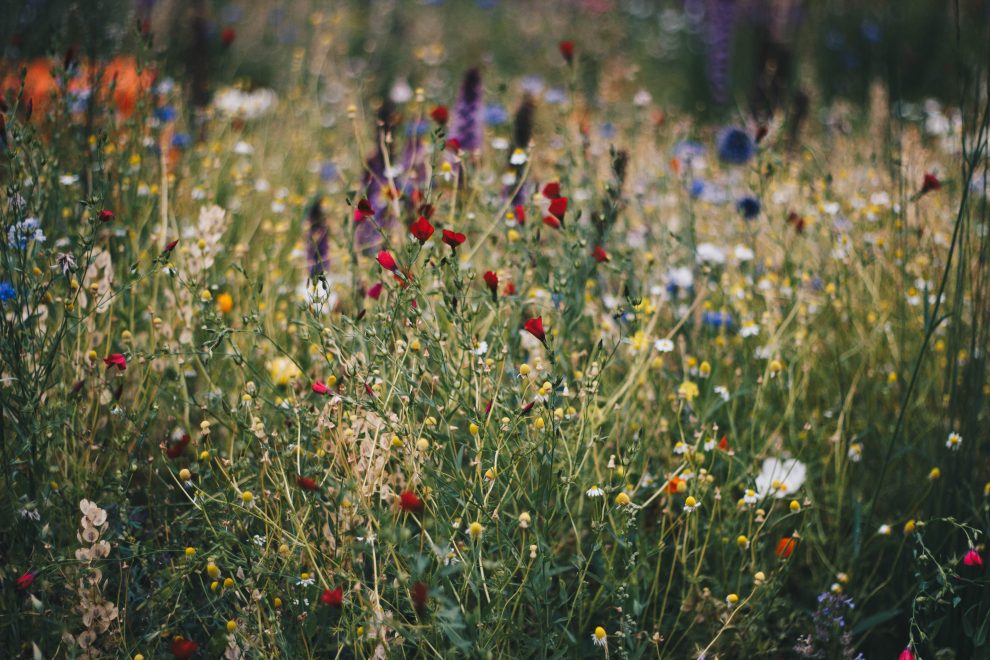 Bad news about the church can be a good opportunity to remember why we’re here in the first place.

With some reluctance I have to admit that one reason I am a Catholic today is a May crowning—actually a series of them. The first Friday of every May at St. Joseph School featured a riot of flowers gathered by every student, lovingly (if not artfully) arranged around our standard blue statue of Mary, which would be crowned twice, by a lucky boy and girl respectively.

“O Mary, we crown thee with blossoms today! Queen of the angels, Queen of the May!” we sang, to the horror of our Southern Baptist neighbors in East Tennessee, who never really bought the difference between “honoring” and “worshiping” when it came our Catholic approach to the Blessed Mother. We didn’t do it to upset our neighbors, of course. I think we did it because, well, it was both pretty and fun, among other reasons.

I find myself clinging to these childhood memories nowadays, especially since reading bad news about Catholicism is part of my job. In the past month the headline “German monastery raided over child sex abuse claims” (CNN) followed “Irish sex abuse victims ask church for $1 billion” (Religion News Service) in the unfolding news about the European sex abuse crisis.

The following week “Catholic school boots student with gay parents” (Associated Press) reported on a Catholic school in the Archdiocese of Denver declining to reenroll a 5-year-old because her parents are two women. The sensationalist and somewhat exaggerated topper on the same day, “Papal aide, Vatican singer fired over alleged gay-prostitute ring” (USA Today), sounds like it came out of The Da Vinci Code.

It’s hard not to have some reaction to these kinds of stories, from shame to confusion to anger and even resignation. Whatever your own thoughts about the news of the day, the situations are unpleasant, and they beget further unpleasantness as the Catholic-vs.-Catholic conflict inevitably erupts, arguments that also end up on the front page. From the outside some might wonder why anyone bothers staying Catholic. I admit taking sides in the culture wars was not what I signed up for.

It’s times like these when I have to remind myself just why Catholicism makes sense for me. Sometimes it means recalling the “good old days” of Lenten Friday fish fries followed by stations of the cross and benediction, which my family attended not only out of devotion but because our friends would be there. There were countless “gym Masses” and retreats with the youth group, along with a service project here and there. Later came the comfort I found in daily Mass as a first-year college student profoundly uncertain about my future, in which the preacher always seemed to have the right words to get me through the day.

Childhood memories aren’t enough of course, and the spiritual food and companionship hardly ended when I turned 18. I think of the Easter Vigil with a bilingual Alleluia so profound the assembly erupted into sustained applause, followed by baptisms in which the beloved, aging pastor teetered knee-deep in the font as he welcomed new members of his flock with a flood of water. Or a Friday Taize service at another parish, where a friend always greets me as if I were the prodigal son come home. Or a religious education convention liturgy that gathered thousands, in which the cultural diversity of the church was on full display and which I attended with a colleague who has spent her career making sure Spanish-speaking Catholics have a place at the U.S. church’s table.

It strikes me that whether my memories are old or new, they share two things: They were profound moments of prayer—whether I knew it or not—and they were shared with fellow Catholics who both love and inspire me. From and with them I am still learning the values that for me lie at the heart of Catholicism: generosity, a quickness to forgive, a certain flexibility, and the willingness to seek the presence of God in the everyday. It helps that praying with them is often pretty and sometimes fun.

A trip down memory lane is no panacea for what sometimes ails us as Catholics, but it can be a tonic when we feel particularly ground down, especially if we take it as encouragement to seek new moments to feed us. So if you occasionally feel a little demoralized about the Catholic state of things, take two May crownings and call me in the morning.