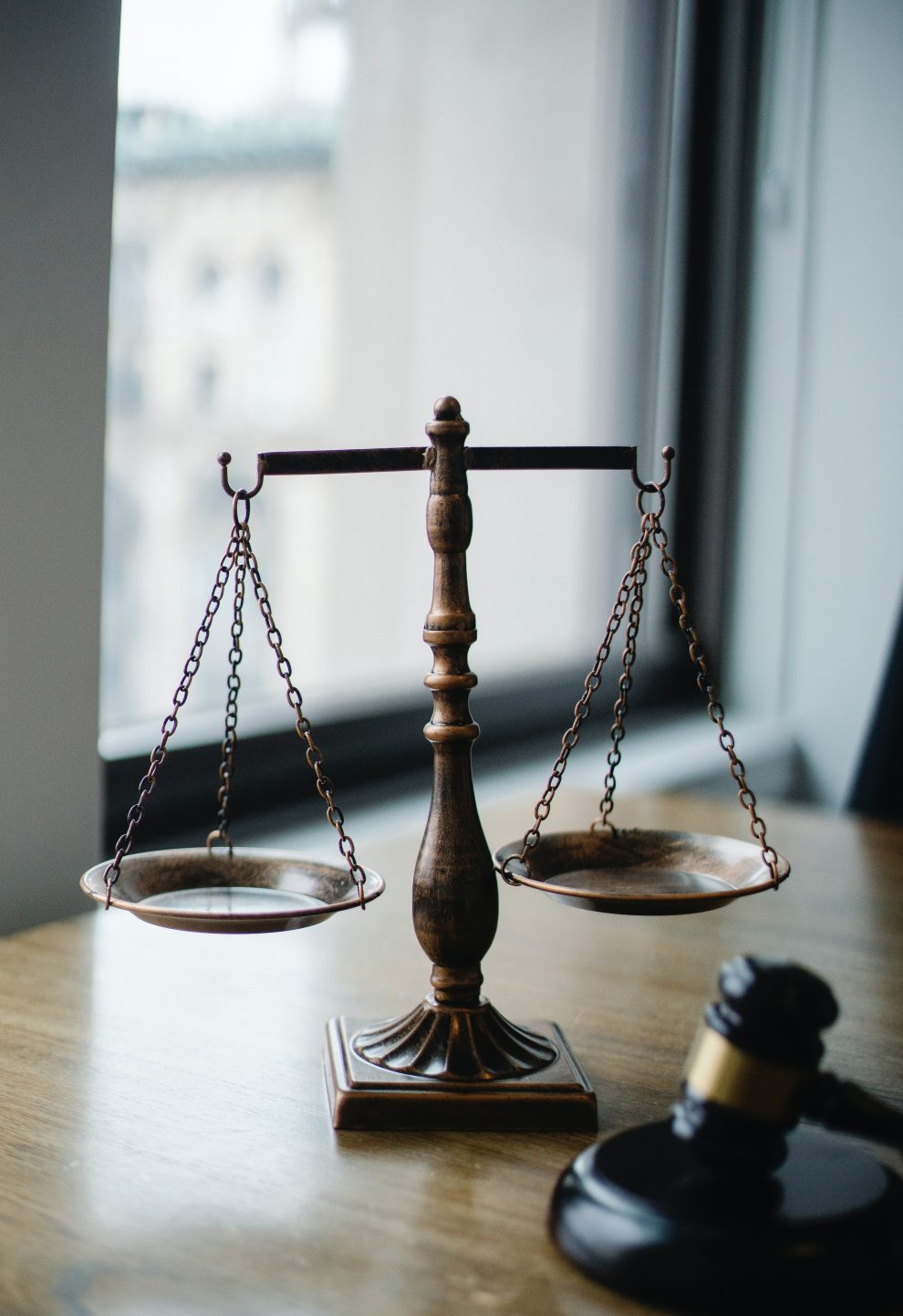 In this excerpt of her March 23, 2010 talk at St. Xavier University in Chicago, Illinois Supreme Court Justice Anne M. Burke, who served on the National Review Board responding to the U.S. sex abuse scandal, lambasts those church officials who continue to betray the gospel by their untruthfulness in the clergy sex abuse scandals.

Forty years ago the Swiss theologian Hans Küng published his remarkable reflection on the future of the church called Truthfulness. Küng lamented that the exciting participation of the laity in the dialogue that was once so promising had come to be simply disregarded. He asked some pointed questions in light of the political maneuvering at the time by those opposed to artificial methods to prevent conception.

Truthfulness was Küng’s look into the world that was yet to be, the one you and I are presently living in. He posited what was his deepest hope-an “unshakable hope,” he called it-that the Catholic Church would emerge renewed even from the post-conciliar crisis.

I believe Küng and I appear to have come to the same point of conclusion, though largely from very different journeys. The conclusion is this: “Truthfulness is the future of the Church.”

This, more than anything, should be the goal and spirit of the post-conciliar Church, even 40 years later. And I can say with confidence that truthfulness-both as a virtue and as a gift of the Spirit-is the only way out of whatever troubles the church presently faces; whether that is the sexual abuse of minors by some members of the clergy; or pastors who cook the books; or the falling numbers in Mass-goers; or the dwindling of vocations and lack of clergy to staff many parishes; or the emotional closure of parishes across the country; or the treatment of women over the centuries.

Truthfulness, my friends, is the light that leads to the Lord. Personally, I believe I have nothing to fear from the truth as a Catholic, as a justice of the Illinois Supreme Court, or as a mom. St. Thomas Aquinas says it best: “All that is true, by whomsoever it has been said, has its origin in the Spirit.”

I say this to you this evening not to elaborate on Father Küng’s personal theology; but rather because throughout my years of service to the church-particularly to the United States Conference of Catholic Bishops as interim chair of the body investigating the abuse of minors by the clergy in our nation-truthfulness was always the one virtue that was hardest to wring out of the institution during our investigation. Truthfulness, itself, was the victim everywhere we turned.

Truthfulness, I believe, would have made the task before our National Review Board less painful in our own lives; truthfulness would have made some of the leaders we spoke to more believable; less threatened; and maybe less culpable.

Truthfulness would have prevented some bishops from trying to deceive even those of us on the National Review Board in our efforts on their behalf.

Truthfulness would have helped to achieve transparency for real.

Truthfulness would have separated scandal from crime, for the terrible scandal was most of all a result of “the untruth”: the lies, the deceit and the cover up.

I now believe that while we thought we were searching for the correct numbers of abusers and the abused there was something even more profound to uncover.

As we sought the essential reasons for how this, the greatest of all scandals in the history of American Catholicism, came about, today I would have to say that what was most important was the discovery that truthfulness, itself, had been the first victim to fall. Without truthfulness, leadership did what it willed; dragging the church into the murky world of half-truths and cover-up.

Make no mistake, as truthfulness disappeared, each of the other great virtues became victims and faded away as well. Charity suffered; kindness was ignored; courage was discarded; and holiness disappeared. Character was traded for secrecy; honor was bartered for disguise; and moral excellence was silenced before it could utter a word.

How do we face the future in light of these discoveries? How do people of faith go on? How do those who have been victimized rise beyond the personal horrors of the past? And where do people of hope look for the ability to survive?

Such answers really do exist when we look to the “truth.” And we remember the words that the Lord spoke to reinforce the journey we make in this direction together. Jesus said: “I am the truth” (as well as the light and the way).

He needed no reminders of what the human heart was capable. He experienced its betrayal. He was touched by its denial. He was familiar with its abandonment, especially in his darkest hour. But he still remains “the truth” for us. He identifies himself with that most essential element of discipleship. Without truth there can be no discipleship.

The deepening understanding of what it means to be a disciple is perhaps the most important rediscovery of the churning waters unleashed by the Second Vatican Council. Discipleship challenges and shapes the heart of those who walk with Christ, radically changing the manner in which they engage the world around them. The disciple is equipped for the journey, nourished by the Risen Lord, and armored with “truth.”

In the continuing and now escalating sex-abuse crisis, I have personally experienced how bishops have strayed from church teaching by being untruthful. Who holds their feet to the fire?

The Irish church recently exploded with revelations that its primate, Cardinal Sean Brady, oversaw secret negotiations some 35 years ago when, as a young priest and assistant to a local bishop, he placed a gag order on two minors who had reported the sexual abuse of a cleric.

When the Irish bishops recently went to Rome to meet Pope Benedict over the abuse crisis at home following a government investigation uncovering many instances of sexual abuse among the Irish clergy and cover-ups by the bishops, Cardinal Brady did not feel it was important to tell the pope that he had withheld reporting the crimes of the sexual abuse of minors by the clergy to the police. What does that say about truthfulness?

In Ireland and anywhere else the failure to report a crime is a crime, and there is no statute of limitation on any crime in Ireland. In Ireland, in addition to sexual abuse by the clergy, the government found frequent instances of violence against children in institutions run by the Catholic Church. The Irish people are outraged at the frequent cover-ups that allowed children to remain at risk.

Now similar revelations are presently unfolding in the Netherlands, where abuse and cover-ups appear to have been the norm.

In mid March the head of the German bishops’ conference came to Rome to engage Pope Benedict over the discovery of frequent instances of sexual abuse and cover-ups in Germany. Many of the country’s bishops were genuinely enraged over what went on before them. German Cardinal Walter Kasper, president of the Pontifical Council for Promoting Christian Unit,y was unusually terse and blunt in the Italian press. “The Church needs to clean up its act over child abuse,” he said, “by compensating victims and punishing perpetrators. We’ve had enough. We have to seriously clean up the church.”

Viennese Cardinal Christoph Schönborn, a well-respected Dominican theologian in his own right, joined Küng in saying the real culprit was clerical celibacy. They voiced words that are seen as taboo by the Vatican. I suspect what they said will be buried deep within some Vatican tomb.

And Pope Benedict himself has received criticism for his handling of an abuse case while he was the archbishop of Munich and Freising in the late 1970s.

Catholic spin-masters have been working overtime to quell the riot of tempers and criticism that has been unleashed by recent revelations of sex abuse in its cover-up throughout Europe. It is not a big stretch to predict that the real victim in all of this is truth.

I think it is fair to say that a great wave of indignation, much of it well-placed, is unfolding in Europe now against the Catholic Church. No matter what language you speak, the perception that the Catholic Church is above the law or that it is not bound to the same ethic of truthfulness as everyone else is a haunting indictment that knows no boundaries. Many feel betrayed. Many just walk away.

But as more and more Catholics walk away from active participation in the life of the Church or take a pass because of what they see as a lack of adherence to the truth, the absolutists gain more and more ground, especially among the leadership that is only too happy to cater to the will of those who delight in flattering obedience.

Have we not learned that life is more complicated? When the central constructs of discipleship are solely focused on blind obedience, leadership has an easy way out. When this happens, I believe, the real mission of the Church suffers.

To where, then, does discipleship lead? To faith and hope, of course. And ultimately it leads us to love and to justice, the practical exponent of love. It is the road that carries us home to God. “Charity begins at home,” Charles Dickens used to say, “and justice begins next door.”

It remains for Aquinas to help us, finally shape the question. “How can we live in harmony?” he asks. “First we need to know we are all madly in love with the same God.”

Illinois Supreme Court Justice Anne M. Burke served as interim chair of the National Review Board, the board of lay Catholics that was charged by the U.S. bishops to oversee their compliance with the reforms they had pledged to institute in response to the sex abuse crisis. This essay is an excerpt from her March 23, 2010 speech at St. Xavier University in Chicago and was reprinted in the June 2010 issue of U.S. Catholic (Vol. 75, No. 6).

Illinois Supreme Court Justice Anne M. Burke served as interim chair of the National Review Board, the board of lay Catholics that was charged by the U.S. bishops to oversee their compliance with the reforms they had pledged to institute in response to the sex abuse crisis.