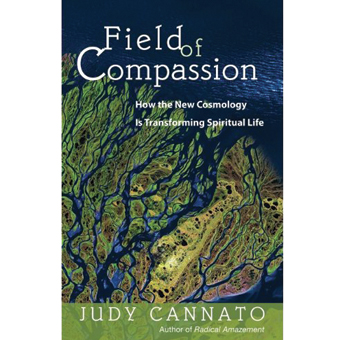 I'm no Albert Einstein. Science is just not my thing. Even Ira Flatow (of NPR's "Science Friday" fame) can't get me excited about sub-atomic particles, black holes, and astrophysics. But Judy Cannato can.

Cannato, a spiritual director and popular retreat guide, connects cutting-edge science with spirituality in her new book, subtitled How the New Cosmology Is Transforming Spiritual Life, which takes up where her 2006 book, Radical Amazement: Contemplative Lessons from Black Holes, Supernovas, and Other Wonders of the Universe (Sorin), left off.

Cannato puts the "new cosmology"-the dialogue between the scientific and religious accounts of the universe-in plain language and links it to Christian theology. Cannato convincingly connects the so-called Universe Story-the scientific theories that say all life is connected and evolving toward a "new consciousness" of the oneness of all things-with the Christian story, especially the theology of Karl Rahner and Jesus' teaching about a this-worldly kingdom of God.

Cannato argues that an increasing number of people, using meditation and intentional thinking, have been able to attain this "new consciousness" but doesn't acknowledge that practitioners of Eastern religions have been doing this for centuries. And what about all those still stuck in "old consciousness," the many people in both religion and society as a whole who are driven by fear rather than the desire for unity?

This book is not for everyone. You have to be open to "new  consciousness"-speak such as: "When we resonate with love, when we are living, breathing vibrations of love energy, we contribute to the Field of Compassion." Perhaps more about the author's recent cancer diagnosis and other real-life examples would have helped ground such abstractions.

But if you're ready to integrate the new cosmology into your Christian spirituality, Cannato is the perfect guide.