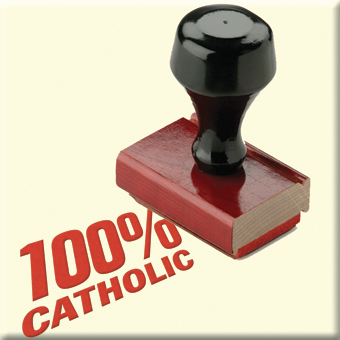 Our place in the church isn’t determined by politics or policy.

If there’s one lesson Americans can take from the last 12 months of our political life, it’s that something called “bipartisanship” is long dead and buried. If the recent national debate on health care is an indication, anyone “reaching across the aisle” is most likely trying to punch the person in the opposite chair.

Bipartisanship among Catholics took a few hits as well, as Catholic groups beginning with the U.S. bishops’ conference struggled to stake out a Catholic position on the issue, with federal funding for abortion being the sticking point (along with a minor nod to the fact that neither political party supported access to health care for undocumented immigrants).

Enter Deal Hudson, who lobbied Catholics for the GOP in the 2004 election and now blogs at InsideCatholic.com. Hudson argued that Catholic politicians must reject any health care legislation that would direct further public funds to abortion because it would directly implicate Catholic taxpayers in abortions. Any Catholic organizations that disagreed, in Hudson’s mind, were “fake Catholic” groups, and he pointed directly to two, Catholics United and Catholics in Alliance for the Common Good, both of which generally supported the Democrats’ health care legislation. One was left to wonder if Catholics in those groups were themselves “fake” Catholics.

Here’s where “big tent” Catholics should start to worry: It is one thing for Catholics to disagree about how church teaching should apply to civic and political life, and Catholics throughout history have been imperialists, monarchists, feudalists, divine-right-ists, socialists, communists, fascists, anarchists, Whigs, Tories, and, in our own country, Republicans and Democrats. Each group has likely argued that if you’re a Catholic you should be (enter political party), through which you should support (enter public policy), to the exclusion of all others.

But it is something else altogether to rhetorically kick one’s sisters and brothers out of the church, and that is what many Catholics seem all too willing to do. We have become familiar with the acronym “RINO” (Republican in Name Only); unfortunately its Catholic analogs are appearing as well, especially online.

But here’s the rub: No Catholic, not even the pope, gets to determine whether someone is a Catholic. Even excommunication does not “un-Catholic” a person; it merely restricts a member’s participation in our sacramental life.

Our Catholic identity is rooted not in a political ideology, a policy position, or a social affiliation. It is created by one thing only: our common initiation-the Baptism that creates us as God’s people, the Confirmation that seals the grace of Baptism, and the Eucharist that deepens our communion as the Body of Christ. Finding our Catholic identity in anything else, even positions on certain moral problems sometimes referred to as “non-negotiables”-an expression that does not appear in official church teaching-is less than Catholic and at worst sectarian. It is true that Catholics will affiliate to pursue some goal, and there are Catholics who lobby for policies such as universal health care and Catholics who pursue free-market solutions to social problems. There are Catholics who lobby for prison reform, for an end to the death penalty, and for school vouchers.

We can debate which groups best exemplify our Catholic tradition-and tempers may flare-but what none of us can do is exclude those on the other side from the church. Charity further demands that we presume each other’s good will.
In most parishes Lent is marked by the initiation of adults into the church. The RCIA, the ritual roadmap through which they enter, has as one of its high points the Rite of Election, when those to be baptized are enrolled as members of the church at the diocesan cathedral.

Having passed through a time of discernment, they have explored scripture and become acquainted with the Catholic faith. But there are no orthodoxy exams, no questions about political affiliation, no litmus tests for membership save the desire to be baptized and to live as a disciple of Christ.

With entrance requirements like these, we’re not likely to achieve political or any other kind of uniformity, nor should we expect it. This flexibility is part of the genius of Catholicism, for it allows one body to hold a great richness in spirituality, devotion, practice-even politics. There are issues that may separate us, but finally no ideological aisle should divide the graced unity we have in Christ’s body.