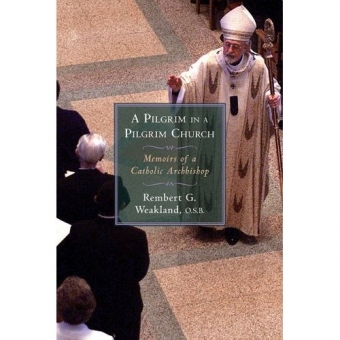 When Milwaukee Archbishop Rembert Weakland resigned in May 2002, he did so in the midst of a media firestorm. Earlier that month, ABC News had broadcast an interview with Paul Marcoux, who claimed that Weakland had sexually assaulted him two decades earlier. In the days that followed, the public learned that the Archdiocese of Milwaukee had paid $450,000 to Marcoux in a confidential settlement. Subsequent revelations suggesting that the relationship had been consensual did little to salvage Weakland's reputation.

It was a tragic end to the career of one of the most prominent American churchmen of the 20th century. Weakland's new autobiography tells the tale of an enormously gifted young man of humble beginnings who rose swiftly in the Benedictine order, ultimately becoming abbot primate of the Benedictine Confederation in 1967. A close colleague of Pope Paul VI, Weakland was appointed by the pope to be archbishop of Milwaukee in 1977, a post he held until 2002.

Weakland's book is long and at times excessively detailed, but future historians will be grateful that he has committed so much of his life to paper. That life is a chronicle of the church's efforts to understand and receive the fruits of the Second Vatican Council. In the wake of the council, Weakland played important roles in the reform of the liturgy and the renewal of religious life. As an archbishop, Weakland shepherded the U.S. bishops' well-known pastoral letter on the economy. Toward the end of the book, he provides a window into the thinking of bishops faced with allegations of clergy sexual abuse.

With his famously liberal views and his forthright way of expressing them, it is not surprising that Weakland was controversial. One does not have to share all of his positions or condone all his actions to feel that he was a great gift to the church. His book is a chronicle of an extraordinary man living in an extraordinary time, and its value is likely to increase with the passing of years.