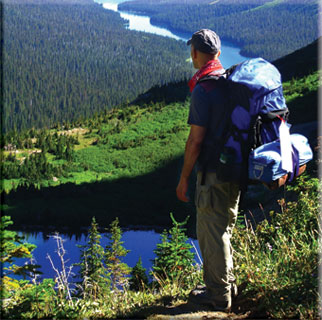 The spiritual side of getting older.

The signs are plentiful. You begin to pay attention to those drug ads on the evening newscasts promising relief from ailments you didn't even know existed. The first snows of winter used to beckon with joy; now they are seen as a harbinger of icy falls and reasons to move to Florida. You walk into a room and nervously wonder why you went there in the first place.

Aging. In a go-get-'em, hyper world, it is a dreaded companion, a sign of inevitable decline and, eventually, death.

Yet what the world sees as an ending can be a renewed beginning in exploring the spiritual life.

Benedictine Sister Suzanne Zuercher, 77, a Chicago-based author and spiritual counselor, notes that those eligible for AARP membership are frequently able to emerge from setbacks into the sunlight of a more rooted spiritual life-that is, if they have taken the opportunity to learn from experience, an attribute that maturity offers in abundance.

"Our life changes in many ways," she says about the process of aging. "We've built up lots of experiences. We've fallen down and gotten up many, many times. We develop a wisdom as life goes on."

Zuercher worked as a teacher-from elementary school to graduate school-a school administrator, a psychologist, and an expert on the enneagram and other spiritual systems. Aging for her has meant giving up many high-prestige positions, a familiar routine of maturity.

The aging process is often a series of giving up the familiar, sometimes at great emotional cost. For many that can include moving from a large house where one's family was raised to a small condo, prized for its practicality. A once-supple body begins to take odd shapes. A large professional salary dwindles into a subsistence retirement pension. But there is wisdom to be earned in the process of giving up, says Zuercher.

"The only way to know enough is enough is to know how much is too much," she says. The accumulation of the middle years, whether collected through professional status or material goods, can take our eyes off the prize of spiritual serenity.

"God is the worst thief"
This process of letting go, says Jesuit Father William Scanlon, 68, is what he calls a "theology of diminishment." As chaplain of his community's Murray-Weigel Hall in the Bronx, a facility for mostly elderly Jesuits experiencing illness, he has regularly accompanied and prayed with the ill and dying.

"Our guys have to cope with the loss of stuff," he says. For Jesuits, who take a vow of poverty, that usually does not mean the surrender of material goods. It means the gradual losses as life declines, often the impairment of sight, hearing, and mobility.

"A prayer of surrender is the most effective prayer for our guys," says Scanlon. It is, he says, coming to realize that "God is the worst thief you will ever meet. He not only takes your money, he takes your eyes, your breath. The question is, ‘How do we cooperate with that?' "

A nun once told him that the long process of decline "is the only way God can get us to experience raw trust, like Jesus did on the cross."

That sense of loss begins well before the end stages of dying, he notes. It often begins at the time a Jesuit is brought to Murray-Weigel Hall after having to leave an active ministry of teaching or pastoral work.

"We don't have wives and children. We have apostolates," says Scanlon. "When we lose that, we sometimes lose our identity." Yet there are other compensations. For one thing, there can be more patience with relationships. Meal conversations at Murray-Weigel can linger for hours, as the residents have the time to share stories and insights.

Senior projects
While our bodies can decline, a spiritually healthy mature person compensates via a deepening of the inner experience.

Work, whether on the job or time devoted to a hobby, takes on a different dimension with aging. Climbing the corporate or professional ladder is a dream buried in the past. The hectic swirl of activities, whether driving kids to dance or soccer practices or running businesses or advancing professionally, also declines.

The youthful enterprise of multi-tasking is often beyond the abilities of older people, says Zuercher. Don't fret, she warns. The end result can be absorption on single items, done with care and concern. That reality, sometimes seen as a drawback of the aging process, actually mimics what mystics have talked about as a spiritual gift.

"You are focusing on the moment, which is the only thing we really have. The center of all spiritual life is living in the present," says Zuercher.

Catholics in their senior years note that the gift of spirituality doesn't just fall from the sky when they're eligible for Social Security and Medicare. They say that developing a sense of spirituality takes time and effort and must be nurtured throughout those busy middle years of climbing the ladder and raising families if it is to take hold later on. Catholics who have made the effort to nurture a spiritual life in their younger years have discovered a spiritual treasure chest as they move into their 60s and 70s and beyond.

Len Sclafani of Queens, New York is a retired New York City police officer and a permanent deacon for the Brooklyn diocese, where he spends much of his time in ministry to men, most of whom are in their maturing years.

"I began to learn in my late 30s how to have a relationship with God," he says. Now in his mid-60s, Sclafani finds that increasingly he has grown "in understanding of what Jesus means to me, that it's all about relationship."

Through his years in retreat work, he has become more aware that "the church is not God. God is God." While the church is one way many meet God, he believes that God is seeking to break through in all sorts of ways, if we are willing and able to see it. His retreat work is often focused on the power of relationships and how they can be like sacraments to locate a God who operates freely in this world.

He now reads scripture with a renewed focus on relationship. One of his favorite stories is Jesus on the road to Emmaus, Luke 24:13-35, a tale of the resurrected Lord breaking bread with his disciples. Sclafani sees the story as a metaphor for older men seeking the spiritual life. They, like the disciples at Emmaus, meet the risen Lord in community. They cannot do it alone.

On the spiritual road, he says, men in particular need to be reminded of the need for companionship; while solitude is vital, few are able to thrive as hermits.

On a mission
Mike Bennett, also active in men's ministry, has reached 60, but he finds himself still searching. He's found that the spiritual quest regularly draws him down paths he never expected.

At the time of our interview, he was preparing to leave a three-year stint with a renewal center in New Mexico, where he worked as a leader in men's spirituality. Where he will end up, he says, he is leaving up to God. As Bennett has moved toward Social Security age, maturity has not brought certitude or a defined life path.

"As I've gotten older, I've figured out I don't have anything figured out. It's not as cut-and-dry as it once was," he says.

His spiritual life has been galvanized by a number of experiences, including time spent in a charismatic community. More recently he was inspired by a Rites of Passage experience, a male spirituality movement spearheaded by Franciscan Father Richard Rohr. Bennett first experienced that movement back in 2001.

"It turned my spirituality upside down," he says. He retired from his job as a courier at Federal Express in Grand Island, Nebraska and moved to New Mexico with his wife to work in the men's spirituality movement full time. It was a painful move in many ways, as they left their adult children and grandchildren behind in Nebraska.

Like others who seek God in their later years, Bennett has discovered that more awareness has given him greater insight into a religious reality that transcends many of the rules and regulations he was raised with as a young Catholic.

"It opened my eyes to a bigger picture of God. I can't put him in a box. He's way too big for that," he says. For Bennett, God is seen as much in the pain of life and its uncertainties as in the joys. He spent much of the past three years visiting Juárez, Mexico, where Bennett says he has seen God's presence among the poor. As he moves into his 60s, a time often seen as a period of rootedness and looking backward, he has found his worldview transformed.

Spiritual writer and social justice advocate Sister Joan Chittister, O.S.B., 72, notes in The Gift of Years (Bluebridge) that spiritual and emotional growth doesn't end as we grow older. It can even become more intense as it is leavened by experience.

While the media proclaims that life after 60 is a downward spiral, the reality is much more complex, she says. Some aging people do encounter sickness and disability. Yet, says Chittister, an American who reaches age 65 today, in previous generations a milestone generally indicating approaching death and decline, can on average expect to become an octogenarian.

Because of improved health care, most people can expect that at least a quarter of their lifespan will be lived after eligibility for Social Security. Chittister emphasizes that life can be full with friends, family, and meaningful work and leisure well past 70. The irony is, she says, that our youth-oriented culture is graying, with older people making up a greater percentage of the general population.

Getting some alone time
While many will continue to enjoy the company of spouses, family, and friends in their mature years, a part of growing spiritually is to learn to be comfortable in solitude, says Zuercher.

"As you get older, your friends die, you are more and more alone, you have to be happy in your own company. You put more on inner resources," she says. Some struggle with the empty temptations of old age: Life for some, particularly those with money, can be filled with vacation trips, outings, and socials. Grandparents can become obsessed with grandchildren.

"That can be a very lovely thing," says Zuercher. "But it can be overdone. There's a bigger world than your grandchildren."

That solitude can result in a deeper prayer life. But it doesn't happen automatically as the years go by. The habit of prayerful solitude needs to be nurtured earlier in life, a time when many are pressed down by the weight of work activity.

When solitude is a friend in our crowded, hectic middle years, she says, it can be handled with more comfort when aging causes it to be more abundant.

"You are forced to be a pray-er as you grow older," says Zuercher. The alternative is increased anxiety as worries about ill health and death approach.

As friends die and one's health declines, she says that the Christian concept of eternity becomes more concrete to older people. In that process mature spiritual people may have to redefine what hope is, seeing it more as a present reality than as a vague dream about the future.

"Hope is not about the future. Hope is the absolute trust that there is life in the now," she says. An insight that, God willing, can compensate those who don't remember where they left their keys.

Peter Feuerherd is a writer living in New York. 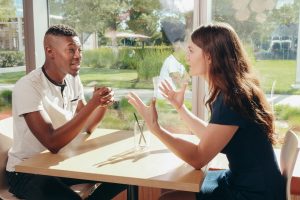 There’s grace in getting called out by your spouse