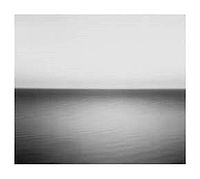 No Line on the Horizon
U2 (Universal-Island Records, 2009)

The work on this album started when U2 was in Fez, Morocco during an International Festival of Sacred Music. It was an appropriate context because for three decades now they have been trying to sanctify arena rock and make it a vehicle for spiritual yearning and transcendence. This album, with a title that suggests the blurring of the line between heaven and earth, is among their most overtly religious. It even has a song, “White as Snow,” set to the tune of “O Come, O Come, Emmanuel.”

Since three of U2’s four members are non-denominational Christians, their quest to know the Unknowable has always been a journey inward (as it mostly is on this disc). U2’s first recording, “I Will Follow,” was a statement of faith. Almost from the beginning the band made a set of morally grounded social commitments, most prominently to Amnesty International and Greenpeace, who are plugged again on the liner of this album.

But in the end U2 is a rock band, not a church or a charity, and if they don’t make a noise that moves the heart and the pelvis, then their loftiest intentions are for naught. As the return of Brian Eno to the production team promises, No Line is long on his signature moody atmospherics and astral blips and bleeps, and there’s enough hard-edged dance rock (“Put on Your Boots” and “Stand Up Comedy”) to maintain interest. Bono’s singing just keeps getting better, especially on “Moment of Surrender,” which has one of the band’s most achingly beautiful R&B melodies and a haunting lyrical image of the true self glimpsed in the reflection of an ATM machine.

In recent years Bono’s globe-hopping activism has often teetered on the edge of messianic self-parody. The good news is that on No Line the diminutive dynamo recognizes this danger. He outdoes his harshest critics by diagnosing himself with a Napoleon complex and warning his audience, “Stand up to rock stars…. Be careful of small men with big ideas.”