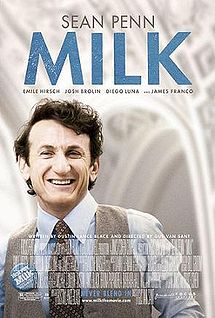 As Sean Penn plays him in Gus Van Sant’s new biopic, Harvey Milk is no Jackie Robinson, Rosa Parks, or Mahatma Gandhi. Penn’s Milk is more complex, frail, and funny than our classic civil rights saints. But he is also a hero and a martyr who lived and died defending the basic rights of people who suffer from America’s last great prejudice, and a man whose life and story freed a lot of other young men and women from the silence and shame of closeted homosexuality.

In many ways Milk, particularly as Penn plays him, is reminiscent of the young heroes Gary Cooper and Jimmy Stewart used to play in Frank Capra’s celebrations of decency, democracy, and civic virtue. Like the leads in Mr. Smith Goes to Washington and Mr. Deeds Goes to Town, Milk is an idealistic, energetic citizen who believes ordinary folks can be persuaded to redress injustice and who has the creativity, horse sense, and rhetorical skills to energize his base and win over many of his detractors. In what might have been called Mr. Milk Goes to San Francisco, Van Sant tells a very American and Capra-esque tale about an endearing and gutsy little guy who takes up the fight for the downtrodden. But in Milk our hero, like Abraham Lincoln and Martin Luther King Jr., is senselessly murdered by a bigot’s bullet.

Milk offends and inspires because he is flamboyant, because he refuses to put on the burqa of closeted homosexuality, because he is the poster child for “do ask, do tell,” and because he wants gays and lesbians to take pride in themselves. Others in the gay community want Milk to tone it down, to try to blend into the political landscape, to persuade opponents that gays and lesbians are just like everyone else.

But for Milk his sexuality is an essential part of his identity and humanity, and accepting other people means accepting their distinctive—and God-given—sexuality. As the recent vote on Proposition 8 in California revealed, this is still a tough lesson for many folks.