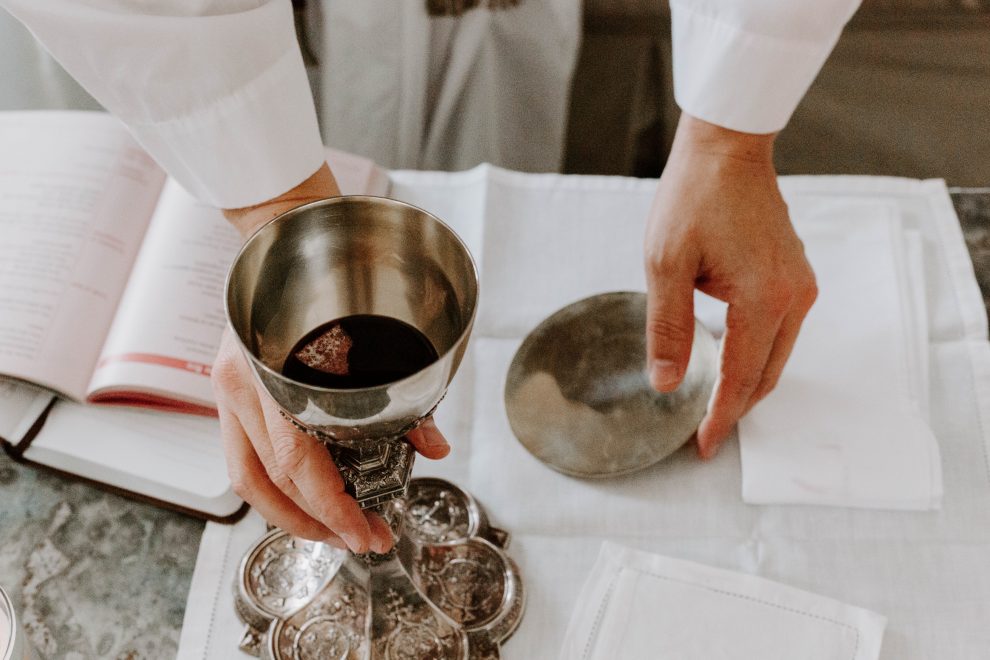 The Mass is a genius, and I’ll tell you why.

Because each and every Mass celebrated over the course of many centuries in many lands under every conceivable condition in every conceivable surrounding and language has gathered a random aggregate of people together for a miracle meal in the name of the Christ, and the whole point of Christ and the church that grew up in his name is to gather random aggregates of people in communion with the divine.

So the Mass is a constant and consistent microcosm of meaning.

Because while the Mass is a repetitive ritual, each one is different from every other one, in tone, volume, length, character, flavor, light, and population—not unlike the way human beings, while all human, are utterly different each from each.

So the Mass is just like the creatures who come to it for sustenance and succor.

Because the miracle at the very heart of the Mass, the mysterious conversion of bread into the veritable Body of Christ, is wholly inexplicable, and, let’s be completely honest here, unbelievable—just like the miracle at the very heart of Catholicism itself, which is summed up tersely by the enormous phrase Christ has died, Christ has risen, Christ will come again. But we do believe these things, against all sense and evidence, against the great weight of the opinion of the world.

So the Mass contains within it a miracle exactly as mysterious and confusing and confounding as the more momentous miracle that causes the Mass itself to occur, day after day after day.

The Mass has a central figure around whom the action revolves, the celebrant, but is designed and performed for all present, the congregation. Or, in other words, the play is performed by a troupe, among whom one is the prime actor with the best lines, but the hero of the play arrives in the middle of the performance, after which he is present but unseen, and what the troupe performs or reenacts or remembers or celebrates is, in part, the hero’s demise and startling return, which is echoed in the Eucharist, when what was dross is suddenly divine.

Because the Mass is endlessly capable of reinvention and recalibration, has proven itself wonderfully amenable to taking what is given (the local political scene, the language, the physical circumstances of room, wet hedgerow, icy foxhole, steaming hold of fetid ship) and making of them moments of immense power and grace.

Because the Mass, like all geniuses, may just as easily break down and be reduced without warning to a shell of itself, an echo of what it was or might have been, an amazement gone awry, a delight dulled.

In short the Mass is a genius because like genius it is a mystery that we find enticing and necessary; because it cuts jagged bright holes in the unknown and shoves us closer to what we might call wisdom, or God; because it appears to be a wholly normal and orthodox vehicle in which is found, inexplicably, the stunning.

What is the Mass? It is the shuffling of everyman to a meal and familiar table talk, but somehow there at the picnic table, the dining-room table, the rickety card table where the children sit, there is, as the basket of bread is passed from hand to hand, a flicker of light, a brief zest in the air like the spoor of lightning, a voice singing powerfully in the distance, a few blocks away, past the neighbors’ neighbors’ houses, and you strain to hear it, and it’s the most extraordinary snatch of song you ever heard—and the Mass is over, go in peace, and you do.

Photo by Annie Theby on Unsplash