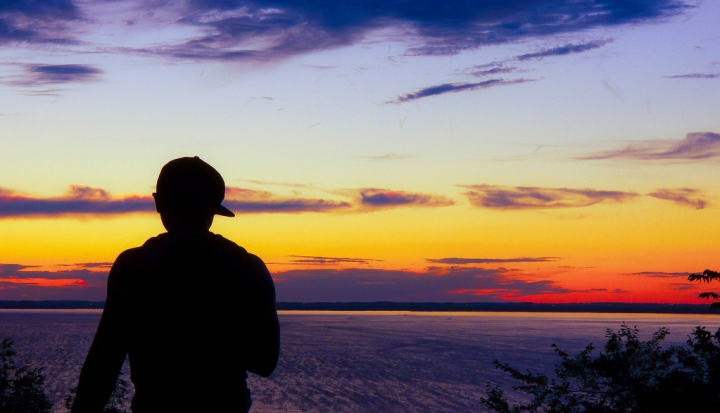 I’m coming to believe that the ultimate goal of this conversion is not to muscle our way to changed behaviors, but rather to loosen up enough to change our perceptions. To change how and what we perceive. There are lessons in Lent’s altered states. We fast in order to better taste what’s there. We give up good things to discover what else remains. We awake a half hour early to experience what we might have been missing in our sleep. Ultimately, though, the point of Lent is not to become someone we’re not or haven’t been or couldn’t possibly be. The purpose is to gain more awareness of who we truly are: beloved children of God.

One summer many years ago, I learned a lesson about change, the kind of change that I look for each Lent. When I was a young man, I believed I would need to go somewhere distant before I could do anything worthwhile. I couldn’t imagine how my mundane life with school and job, home and family could lead to holiness. And so I went away.

At age 22 I signed up to be an activities counselor at a summer camp in Wisconsin for orphans and wards of the state.

I’m sure I went into this with a sense of how wonderful I was to be helping these poor unfortunates and, “Weren’t they lucky to have me there,” and blah, blah, blah. Hey, I was 22 and still very immature; at the same time grandiose and yet, more than anything, frightened that there was no place for me in this world.

And so I went off to live with the orphans. I was assigned the job of working with the 5- to 10-year-old boys.

My first day on the job was overwhelming. The head coach sent me off on my first assignment with a 16-inch softball, a bat, and 16 rambunctious boys—a potentially lethal combination. I tried to organize a game, but it was a farce.

There’s a big difference in ability between 5-year-olds and 10-year-olds. Some kids had never played softball before in their lives. Others were experts and had absolutely no patience for the slackers. Some were picking daisies in the outfield or daydreaming at shortstop while others were screaming their lungs out over a dropped fly ball or fighting over who was next up to bat. I tell you, they were acting like kids!

Here I was, a child of the ’60s, thinking Peace, Love, and Harmony, and these kids were running rings around me. Meanwhile, there was one kid, Julio, who kept tugging on my T-shirt and trying to ask questions.

Julio stuttered and stammered. His face was somewhat distorted and he drooled. When he talked, he sprayed whomever he was trying to talk to. In the midst of my anxiety at trying to organize the game, Julio would stand there tugging at my shirt until I looked at him. And then after much sputtering, spraying, and struggling, he’d ask me the most inane questions. Like, “What time is the movie tonight?” or “When we go on a campout, can I carry the marshmallows?”

I hate now to admit it, but I had very little love in my heart that day for Julio. In fact I had absolutely no patience for him, could cut him no slack, and ended up pushing him away from me, shunting him aside, and backing off from him. In days to come I would physically react when he came near me, pulling back from him and sending him on his way.

I got through that miserable first day. Even the part that evening when I learned that my job wasn’t over until I read stories to the kids at bedtime. And I got through the campouts and the canoe trip and teaching the kids to waterski (or trying to!) and the archery and BBs and trampoline and horseback riding and sandcastle making and all the way through the long bus ride back to the city from the far North Woods of Wisconsin.

It was when we got back to the orphanage in Chicago—and I had decided to take a full-time job there as activities counselor while I finished up my last semester of college—that a moment of blessed awareness came over me.

It was a night like any other night. After dinner, the boys had all done their homework and taken their showers. There was a half hour till bedtime, and I was on the big couch in the middle of the dorm with at least 12 of the 16 boys sitting around me—most of them leaning on top of me—as I read their favorite stories.

It was then I felt a familiar tug at my shirt. And I turned and looked at the face closest to mine.

Julio began to ask me a question, and as he did so he sputtered and sprayed my face. As usual his question was from out in left field. And I noticed myself leaning toward him and looking into his eyes. I found myself smiling at him and taking delight in this bright young camper I had come to know.

And it dawned on me then how far I had been led by the grace of God that summer. I came to see how my stony heart had been turned into a heart of flesh. And all I really had to do was show up for my life.

When I went off dramatcally to rescue the orphans, I had no notion that my days would be spent tying shoes, refereeing arguments, changing soiled bedsheets, gathering up lost sweatshirts, and tracking down mislaid comic books.

I didn’t anticipate becoming a mother hen punctuating the hours of my day with a constant counting to 16 or with shouts from the pier, “Not so far out into the lake, guys! Move back in!” Or doling out clean T-shirts on Wednesdays and medicine for some each night. Or answering questions about campouts and marshmallows.

In the course of that summer I didn't become a saint; I discovered I can be a halfway-decent human being. Having almost lost my faith the year before, I had just one little snippet of tradition to cling to: Love one another as I have loved you. That was sufficient. I still remain selfish and fearful, and I still pull back from people at first, or push them away.

But I also know the benefit of not pulling away, of leaning toward others, of making a space for them in my life, of experiencing what Jean Valjean spoke of in Les Miserables: “To love another person is to see the face of God.”

At some point in the summer I must have realized that I could have done these same mundane activities back home. Sometimes the hardest truth to believe is that we can be better Christians right where we are, doing what we’re doing. But I sensed God saying to me, “As long as you’re here, why not learn the lessons you can?”

And that’s what I look for now from Lent. As long as I’m here—whether in my role as father, husband, worker, neighbor, parishioner, citizen—why not learn the lessons I can?

This Lent, take a look at what’s in front of you. What (or who) is tugging at your shirt?

Is this a secret invitation from God to see more clearly and love more dearly and follow more nearly? The kingdom of God is at hand. Why not lean into it? 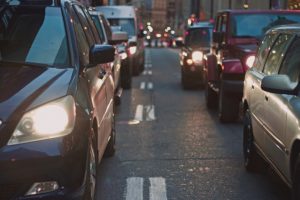 Looking for an act of climate reconciliation? Drive less.