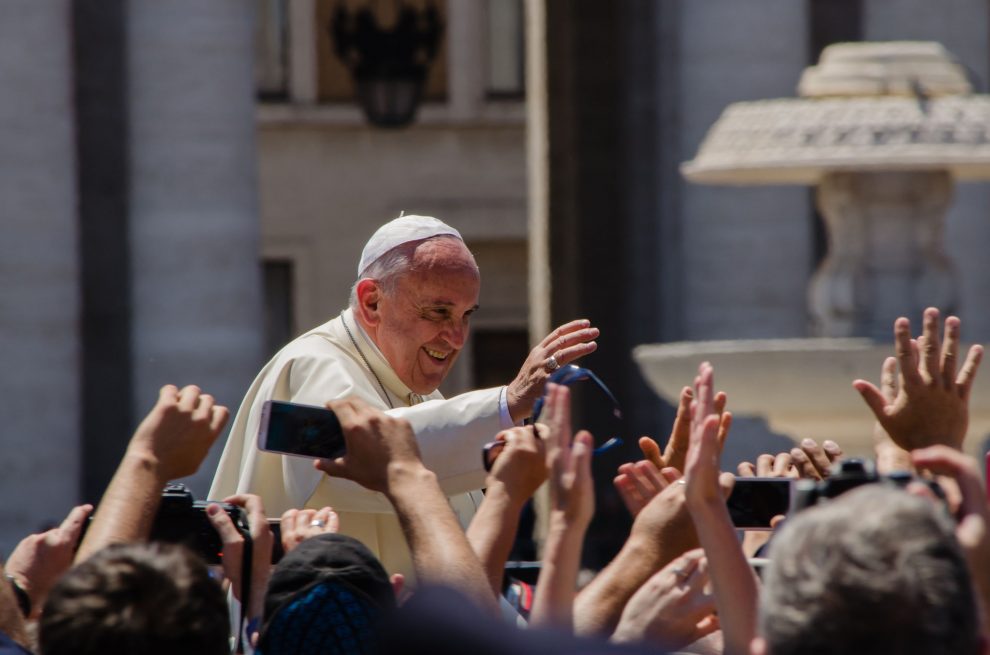 PHILADELPHIA (RNS) Advance preparations for the wildly popular Pope Francis, due in Philadelphia five months from now, might rival the miracle of Jesus feeding the 5,000.

Security stakes are high, both for the pontiff and the estimated 1.5 to 2 million fans from at least 150 countries, who will be sharing Mass with him on the city’s Benjamin Franklin Parkway. But in addition, the pilgrims will need to be fed, housed, protected and understood in their native languages—not to mention shuttled into town from lodgings as far away as the Jersey shore—60 miles to the east.

Design schematics need to be OK’d by the Secret Service, places found for charter buses, and all manner of websites designed to incorporate the latest directions, suggestions, announcements and forms. At the 135,000 square-foot media hub designated for the visit, some 5,000 to 7,000 journalists will need cable feeds, workstations, translators, and coffee.

Ground zero for the events is the World Meeting of Families (WMOF), organizer of the congress, which will take place September 22-27. Its staff of 30-plus works out of three stories of office space rented from the Archdiocese of Philadelphia and overlooking the parkway where the papal Mass will take place.

Experts in large-event staging have been brought in to head the major operational components such as security and transportation, said Ken Gavin, director of communications for the archdiocese.

Virtually all participating organizations—from tourism to media to the events themselves—will call on volunteers. Gavin reported that 2,000 prospective volunteers have already come forward, though a request has not yet been issued. About 10,000 total will be recruited and trained for the papal events alone, he said.

Gavin said $30 million of the estimated $45 million WMOF budget has already been raised, and he is confident the rest will be forthcoming. No money will come from the coffers of the financially strapped host, the Archdiocese of Philadelphia.

Desiree Peterkin Bell, director of communications and strategy for Philadelphia Mayor Michael Nutter, could offer no estimate of the visit’s cost to the city, but said that its federal designation as an international event qualified it for assistance on the security side.

Bell said the city is experienced in holding events for crowds of 1 million-plus. But this one differs not only in size but in the number of security organizations involved: the Department of Homeland Security, the FBI, the CIA, the Secret Service, the Italian police force, the Swiss Guard, as well as city and state police.

According to Gavin, the city has 11,500 hotel rooms, with another 65,000 within a 60-mile radius. Discussions with visitors’ bureaus in neighbor cities like Baltimore, Atlantic City, New Jersey, and Wilmington, Delaware, are underway as well, as conversations with the area’s campgrounds, religious retreat houses and similar unorthodox sites. Scarce and pricey now, additional hotel rooms will be released by the block when the pope’s schedule is finalized.

“Registering through the World Meeting of Families is the best way to get a hotel room,” he advised.

Some 1,000 families have signed up with the modest-cost Homestay that pairs visitors with host families and is being promoted in the archdiocese. Unofficial sites like Airbnb and HomeAway are also listing home and apartment rentals for the event.

Some residents say they plan to rent out their digs for a cool profit and clear out of town for the weekend. It’s likely that just as many will wind up hosting weekend-long sleepovers for out-of-town family and friends.

As for where the pope himself will lay his head, that would customarily be with the bishop of the hosting archdiocese, in this case with Archbishop Charles Chaput, who lives at St. Charles Borromeo Seminary, just outside the city. But since custom often goes by the wayside with this pope, no one is sure where he will stay.

Cara Schneider, of the official five-county Visit Philadelphia, said many area museums and cultural institutions are in the process of developing programming related to Francis or to themes of family or religion.

The Philadelphia Museum of Art, for example, will likely be directing visitors to its Jan van Eyck portrait of “St. Francis of Assisi Receiving the Stigmata,” while the National Constitution Center will likely foster discussion about religious freedom, a motivating principle for Pennsylvania’s founder, Quaker William Penn. A group of black churches is hosting a “Faithful Family Forum.” The Penn Museum is reportedly assembling a family-related collection for the occasion.

Schneider notes that the WMOF is planning to recognize Yom Kippur, which begins Sept. 22. In fact, the organizers promise that much of the event will be ecumenical, with about 60 percent appealing to Christians in general and 40 percent geared for those of any—or no—faith. The 70-plus speakers vary in religion and denomination.

Airport planning depends on whether—and when—the pope flies here from New York, and modifications to other transit schedules are not yet public. Craig Schulz of Amtrak called the event “a challenge and an opportunity” to woo new riders.

The Philadelphia Convention and Visitors Bureau estimates the events will generate $417 million, an economic momentum set to continue with the arrival of the Democratic National Convention in 2016.

Few here are as adept at advancing their Pope Francis agenda than Sister Mary Scullion, a WMOF committee head and local advocate for the homeless. Her “Project HOME” is working double-time to make the most of the visit. In the pope’s honor, the group has developed bipartisan national legislation on housing and hunger, a social media-sourced “Francis fund” to underwrite things like showers for Philadelphia homeless, a locally commissioned image of “Our Lady, Untier of Knots,” a favorite in Francis’ native Argentina, and a stole knotted together for the pontiff by some of the homeless Scullion’s organization serves.

“We plan to leverage his visit for social change,” the nun said.