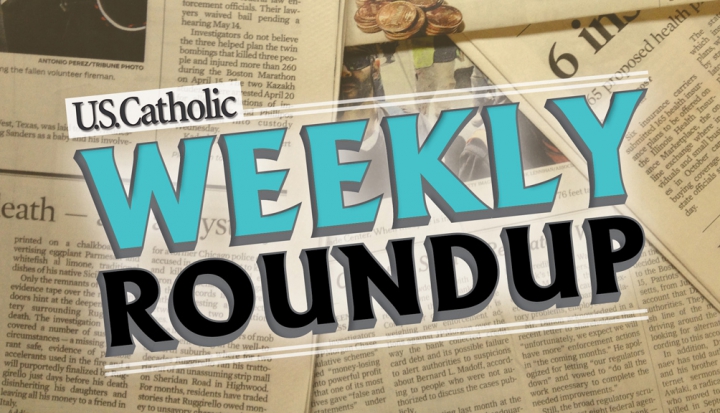 So here we are. The beginning of September. The end of summer. But just in case you were too busy recovering from a luxurious long weekend, this is your weekly roundup.

From the “terrible, horrible news” desk

Journalist Steven Sotloff was beheaded this week. The murder was put on film by ISIS the terrorist group currently occupying parts of Iraq and Syria. Sotloff’s death comes just weeks after the similar execution of James Foley. Our thoughts and prayers go out to the families of both men.

From the “research” desk

Politico published a leaked study that was commissioned by two Republican lobbying firms designed to figure out why, oh why, women (particularly young, single women and women who have graduated from college) “are barely receptive” to their policies, and find them “intolerant, lacking in compassion, and stuck in the past.” The report concludes that for Republicans to woo the ladies, they need to explain better what their policies are, not change their policies.

Helpful reading: A lovely essay that features an imaginary Democratic-voting woman, and what her internal motivations might be, and why she is secretly, really, a Republican.

From the “more news, please” desk:

The Boston Globe has launched a new website, The Crux, which “Covers all things Catholic.”

From the “well that was kind of weird” desk:

Cardinal Gerhard Müller, the prefect for the Congregation for the Doctrine of the Faith, re-upped his criticism this week of the Leadership Conference of Women Religious for their “radical feminism.” But he also wanted to clarify that this does not make him misogynistic. He said, “We don’t want to gobble up a woman a day.”

From the “surprised/not surprised” desk:

Former Virginia governor Bob McDonnell and former First Lady of Virginia Maureen McDonnell were each convicted of corruption following a five-week spectacle of a trial. It seems the Lady Macbeth defense just didn’t cut it.

From the “good reads” desk:

A new book, If Nuns Ruled the World by Jo Piazza, highlights the stories of ten courageous nuns, including Sister Megan Rice, who at 84 is serving a prison sentence for breaking into a nuclear facility.

From the “comedy legend” desk:

Comedian and plastic surgery spokeswoman Joan Rivers died this week, after suffering a cardiac arrest during a procedure on her vocal cords. Rivers was 81.

And now for the rapid fire papal roundup.

That’s it for this week. Have a wonderful and safe weekend, and don’t forget to take our survey about poverty.