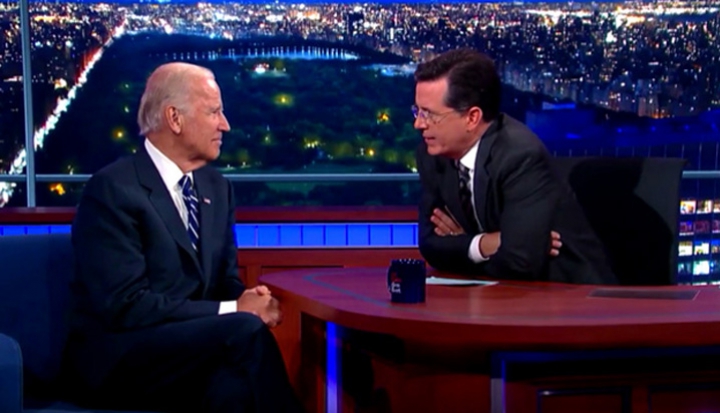 Rarely does late night network television provide something as emotional and poignant as Stephen Colbert’s CBS Late Show did Thursday night. In a raw and intimate interview with Colbert, Vice President Joe Biden discussed grief and personal loss, namely of his son Beau earlier this year.

The two men, who have both suffered tragedies (Biden lost his first wife and a daughter in a car crash in 1972, and Colbert lost his father and two of his brothers in a plane crash in 1974), also reflected on their mutual Catholic faith, which Biden said provides “an enormous sense of solace.”

“Some of it relates to ritual, some relates to just comfort and what you’ve done your whole life,” Biden said. He also mentioned that his wife, Jill, once taped a note on his bathroom mirror with a quote from the philosopher Kierkegaard: “Faith sees best in the dark.”

The two-segment interview, also sprinkled with quotes from Biden’s mother, is perhaps the most moving conversation with a politician we’ve seen in a good while. Watch it here: