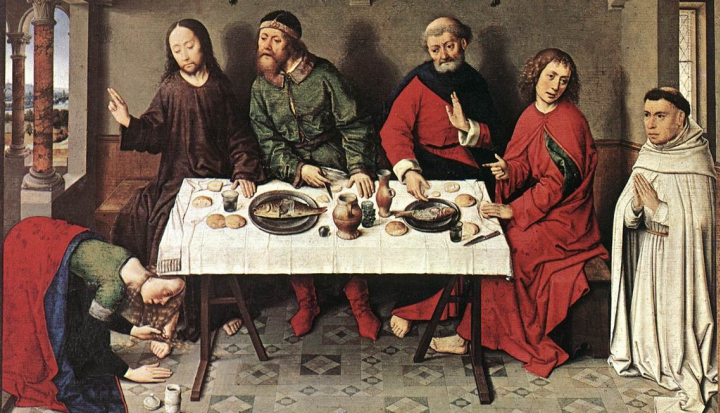 Do you know what it is like to be invisible? To hear your friends talking about you behind your back? To be unable to walk down the street without being catcalled or whistled at? To be poor, to be homeless, to be without healthcare? To be a foster child, or a migrant worker, or to have a disability or chronic illness? To be told by the rest of the world that you don’t count?

In Luke 7, we are told that a “sinful” woman (we are never told exactly what her sin was) came into a Pharisee’s house while he was dining with Jesus. This woman came up to Jesus, crying, and then began to anoint his feet with ointment and dry them with her hair. When the Pharisee tried to shoo her away, embarrassed at the disturbance, Jesus turned to him and said: “Do you see this woman? I entered your house; you gave me no water for my feet, but she has bathed my feet with her tears and dried them with her hair. You gave me no kiss, but from the time I came in she has not stopped kissing my feet. You did not anoint my head with oil, but she has anointed my feet with ointment. Therefore, I tell you, her sins, which were many, have been forgiven; hence she has shown great love. But the one to whom little is forgiven, loves little.”

The woman in Luke’s Gospel knew what it was to be invisible and marginalized—throughout the story she is never given a name, but known only by her label: “Sinner.”

Put yourself in her place. Imagine how difficult it would be to walk down the street, knowing that people were whispering at you. “Sinner! Slut!” Their jeers follow you wherever you go.

But you hear of this man named Jesus. This man who sees people like you: People who are outsiders, ill, or just desperate. He sees them, calls them by name, and heals them. So you work up your courage, because a man like this is worth meeting. You buy the best jar of ointment or perfume that you can afford, and you walk into that gathering of Pharisees and religious officials. These men who wouldn’t give you the time of day if you met them on the street. Or worse, who would leer at you and make lewd comments.

And then you see Jesus and he looks right at you. Not past you or through you, but at you. And so you get nervous. You can’t bear to look him in the eye in order to anoint his head. You can’t bear to see the love in his eyes or the compassion that no one else gives you. So, unable to meet his eyes, you bow down and anoint his feet instead. And you realize that in your haste to see him you forgot to bring a towel. So you dry his feet with your hair. And you can’t stop crying, because finally you have met the person who sees you for who you are.

Unlike everyone else in that dinner, Jesus sees the woman’s actions not as an imposition, but as an act of generosity and kindness. He not only forgives her sins in the story, but he also lets her become a person again. She is no longer someone merely to be pitied or scorned, but someone who is able to minister to others, as she did to Jesus.

In her book Just Hospitality, Letty Russell writes, “Love includes justice in the care for other persons, and justice includes love in our relationships.” This is exactly what Jesus does. He gives the woman purpose and meaning, simply by showing her love. But the interaction is not one-sided; this wasn’t simply Jesus raising the lowly sinner up. She came and Jesus answered. She gave to Christ and Christ gave to her.

What would happen if we addressed social justice in the church in this way? Saw our mission as something more than feeding the hungry? More than mission trips to South America and Africa and fundraisers and food drives? When was the last time we really saw the people we minister to? The homeless man wandering the streets, the families who come get dinner at the soup kitchen, or the African immigrants who work at the parking garage? We need to realize that justice is not just reaching down to help those less fortunate, but that through any encounter, both people involved walk away changed. When we open ourselves up to the Other, the person we are told to name as sinner, only then we can go beyond labels. We can recognize them as a person with their own dreams, fears, and desires who can teach us something about what it means to be human.

This is something Pope Francis understands well. Every Maundy Thursday, he washes the feet of inmates. "Jesus never tires of loving," he said this past April. Through his actions, the pope reaches out to people the world has forgotten and gives them hope and unconditional love. But he doesn't take the role of Christ in the story; Pope Francis takes the place of that sinful woman (as Jesus did for his disciples). "I, too, have the need to be cleansed by the Lord, so please, during this Mass, pray for me, so that God cleans my dirt, so that I, too, can be your slave, at the service of the people, as Jesus was,” Pope Francis says.

We, too, start to realize that we aren’t always Christ in the story. Sometimes we’re the woman. Sometimes we’re the person who needs to be seen as a person and not as a number or stereotype. Sometimes we’re the conservative in a liberal family. Or vice versa. We’re the Christians in a secular world. We are the survivors of sexual violence. The teenagers who have survived bullying and the unwed mothers. We are the people who are struggling to make ends meet. We, too, need to be recognized as people by others who seek to marginalize us. Love and justice go two ways. Like Jesus and the sinful woman, we need to be able to both offer and accept kindness. And be willing, like Pope Francis, to have that hospitality change us.

Image: Christ in the House of Simon by Dieric Bouts, via Wikimedia 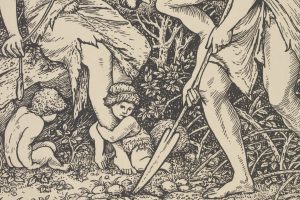