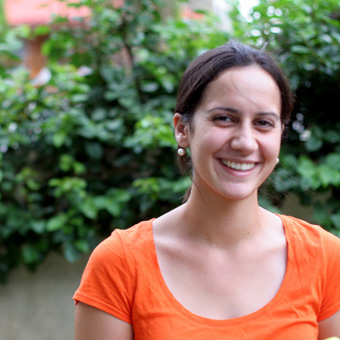 What is there to complain about in Israel? Nothing this Lent.

I spent a few weeks wondering what to give up for Lent. I wanted it to be something that really did make me think and recall Jesus’ teachings.

On Friday before Lent started, my friend Bekah, who was visiting for the weekend, and I had just settled in for a quiet evening watching Jane Eyre when we heard a sharp knock on the door. My landlady was there, “If you don’t mind, my granddaughter will be moving into the apartment this evening.” A little perplexed and quite disappointed—my previous roommate moved back to the United States in February—I didn’t know what else to say but “I guess that would be alright…”  A little while later, there was another knock, “I forgot to tell you, she might bring her boyfriend too.”

I had met the granddaughter a few days earlier. A nice, quiet girl; we are both about the same age, but we don’t have much in common. She recently dropped out of a graduate program in archaeology and doesn’t know quite what she wants to do now and is mostly content to hang out at home for a while. I love biblical studies and archaeology, and enjoying planning out my academic career. I would go stir crazy if I had to stay at home for more than a few days.

As I closed the door after my landlady, I rolled my eyes at Bekah and groaned. I didn’t want a new roommate, and I especially didn’t want one that had a boyfriend who wanted to sleep over—my apartment is rather miniature, and the rooms do not exactly have doors, just sliding plastic sheets. With my busy schedule of class, research, and babysitting, I also didn’t want to have a roommate who just wanted to hang out on the couch all day.

So I complained and complained. As it turned out, my apprehensions of the boyfriend staying over were fairly visible on my face and so they decided the girl would come the following evening, sans the boy. Nonetheless, I complained almost every time I remembered that I was going to have a roommate in 24 hours. Each time I complained, I also felt a twinge of guilt

I don’t enjoy complaining, and I don’t like the person I appear to be when I bemoan a situation or person. As I thought about the prospect of this new roommate, I realized I ought to be kinder to someone who wasn’t sure what her life path is, who might be really struggling to figure out what to do. Perhaps, as someone engaged in archaeology, I could talk to her about what the field is like. Outward appearances and first-hand impressions can be very deceiving. Perhaps I should give this new roommate a chance. As I went to bed that night, I recalled a poem by Rumi called “The Guest House.”

“This being human is a guest house.
Every morning a new arrival.
A joy, a depression, a meanness,
some momentary awareness comes
as an unexpected visitor.

Welcome and entertain them all!
Even if they’re a crowd of sorrows,
who violently sweep your house
empty of its furniture,
still, treat each guest honorably.
He may be clearing you out
for some new delight.

The dark thought, the shame, the malice,
Meet them at the door laughing,
and invite them in.
Be grateful for whoever comes,
because each has been sent
as a guide from beyond.”

I had found what I had been seeking. For Lent, I’ve given up complaining, and I will try to replace it with a kinder, more accepting attitude. Like Rumi, I know that the dark thought, the malice might still come up in my mind. I will meet these thoughts at the door of my mind and I will invite them in. Perhaps, as Rumi suggests, the awareness of these thoughts is the first step in confronting them. Before they leave my mind, I will turn them into kinder, gentler, more thoughtful ones.

Guest blog posts express the views of the author. They do not necessarily reflect the views of U.S. Catholic, its editors, or the Claretians.

Cathleen Chopra-McGowan, a graduate student at Yale Divinity School, where she is studying Hebrew Bible and ancient Near Eastern studies. She is from northern India.