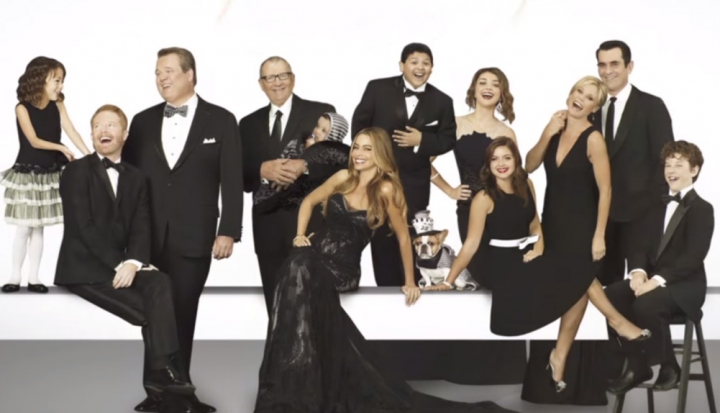 What do the Vatican and the television show Modern Family have in common?

According to Archbishop Vincenzo Paglia, actually quite a bit. The head of the Vatican’s Pontifical Council for the Family praised the ABC show for making people think and talk about families in important ways.

Modern Family, for those of you who aren’t aware, is a mockumentary-style sitcom that follows the lives of an extended family in the suburbs of Los Angeles. One of the characters is a divorced father who is remarried to a much younger woman. One of his sons is married to another man; the couple adopts a little girl from Vietnam in one of the seasons. The show makes a point of exploring human relationships and the changing definition of what makes a family.

This might not seem like a television show with the most Catholic message ever, but Paglia argues that shows like this are important because they remind us that families are complicated. Families are not simply ideologies, he says, but “a complex of human relationships characterized by love, fidelity, commitment, sacrifice, trust, conflict, joy, fruitfulness, nurture, respect, celebration, protection, memory, and faith.”

Paglia reminds us of something important. Far too often, we reduce talk of family to a list of “thou shalt nots.” And when we do this, we end up dividing people along political and economic lines. At a time when more young Catholics are changing their views on same-sex marriage and when millions of divorced Catholics feel alienated from their faith, divisive lines are being drawn between liberals and conservatives, parents and children, rich and poor. Maybe it’s time to take a step back. To remind ourselves that we can’t always choose our families, and that maybe the relationships we have with the people we love are more important than the definitions we place on the correct way to have a family.

Way back in 1995, the Pontifical Council for the Family published a document about how to talk about sexuality with your children. Titled “The truth and meaning of human sexuality,” it not only describes how to talk to and educate your kids, but also what exactly the Catholic Church believes about sexuality. At the root of all the rules and proscriptions and ideologies is this: “Love is a gift from God.”

It all comes down to love. Love that is not selfish or self-fulfilling, but open and giving. Love that is God-given and reflects God’s own love for us. God created human beings to love one another. So why are we making it all so hard?

What if we put aside all our differences and just loved one another? Reached across the pew, or political aisle, or even just across the dining room table, and recognize that family is important to all of us, no matter how we define that family? What if we put the focus on maintaining our relationships and keeping the lines of communication open, despite our different beliefs? Maybe we could try it for at least 30 minutes—the length of a Modern Family episode.