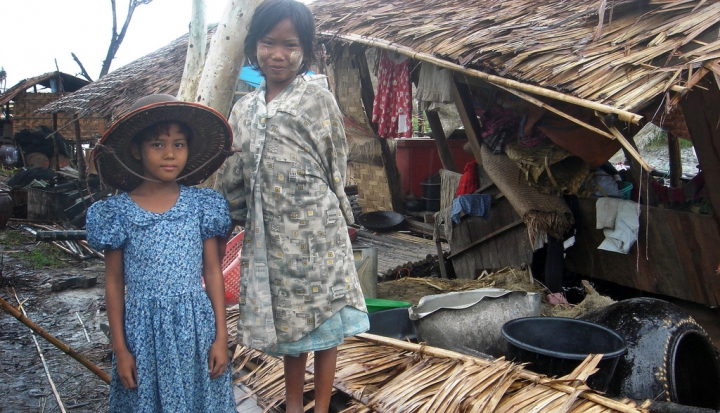 “Climate change is the defining issue of our time,” said The United Nations’ Secretary-General Ban Ki-moon, in his opening remarks of the Plenary of the "Abu Dhabi Ascent" which anticipates the Climate Summit to be held in September of this year. “The effects are already widespread, costly and consequential—from the tropics to the poles, from small islands to large continents, and from the poorest countries to the wealthiest. If we do not take urgent action, all our plans for increased global prosperity and security will be undone.”

There is no doubt that urgent action is needed to slow the effects of climate change. The accelerated rising of sea levels and increasingly dangerous weather patterns harm all people. But amid the arguing over whether or not climate change is actually occurring, a population who is being affected heavily goes unnoticed: the poorest countries. From here the discussion changes from simply a scientific argument to a moral one as well.

With the moral issues in mind, Christiana Figueres, the executive secretary of the UN Framework Convention on Climate, called upon all religious leaders to take a public stand against fossil fuels, whose high emissions of greenhouse gases are said to increase the rate of climate change.

"It is time for faith groups and religious institutions to find their voice and set their moral compass on one of the great humanitarian issues of our time. Overcoming poverty, caring for the sick and the infirm, feeding the hungry and a whole range of other faith-based concerns will only get harder in a climate challenged world," she said.

She cited a few examples of how faith leaders from across denominations are beginning to extract their support of fossil fuels.

Three groups that have been ahead of the curve are the U.S.-based group GreenFaith, the Australian Religious Response to Climate Change, and the Anglican Church in Aotearoa, New Zealand, and Polynesia who sent a letter several weeks ago urging Pope Francis, “as a person held in high esteem by many millions around the world,” to publicly display his support for the divestment of fossil fuels.

With their strong public voices, religious leaders could do a great deal to attract attention to this issue. But we don’t need to wait for religious leaders to take action. There are many things we can do to combat climate change from our own homes.

“Let’s face it,” Dan Misleh, the founding executive director of the Catholic Climate Covenant said in a recent Sounding Board. “The fuels themselves are very, very good sources of energy, as they produce significant amounts of energy per unit weight. There is a reason that fossil fuels account for 80 percent of global energy needs.” However, Misleh argued that fossil fuels are not the only answer and that reliance on them could easily be eliminated if we took the initiative. He shared alternatives that the average household can adopt to divert our reliance on fossil fuels: energy conservation, adopting renewable energy methods, changing attitudes, and civil dialogue. (Look for the results of this Sounding Board in our June 2014 issue.)

I would like to reiterate Figueres' suggestion: Talk to and encourage your religious leaders to get involved.

The tools are out there to reduce our reliance of fossil fuels. Let us take these tools and move to action.

What do you think? Should church leaders urge for fossil fuel divestment or should they stay out of the issue?