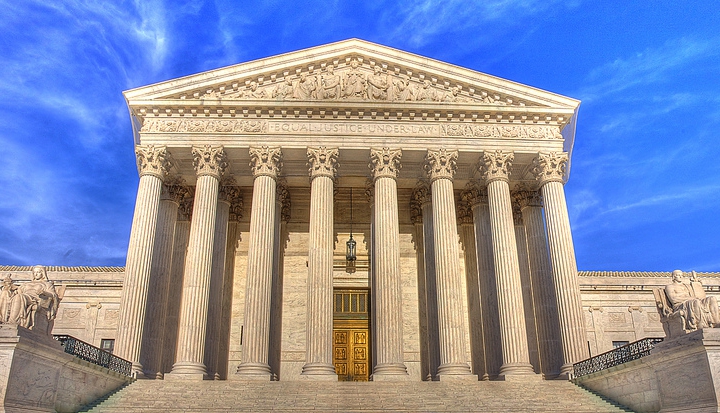 Tomorrow morning (March 25) at 10 a.m., in a much-anticipated case, the Supreme Court will hear oral arguments for two cases surrounding the so-called “contraceptive  mandate”: Sebelius v. Hobby Lobby and Conestoga Wood Specialties Corp. v. Sebelius. This will be the first challenge to the Affordable Care Act to come before the Supreme Court since the sweeping constitutional issues were decided in 2012. For those of you following along at home, here is a brief overview of the case and what is (and is not) at stake.

First, both Hobby Lobby and Conestoga Wood Specialties are secular, for-profit organizations. Certain regulations under the Affordable Care Act require that, for certain employers, employee health plans include no-cost coverage for women’s preventative and reproductive health services, which covers services from prenatal care to contraceptive drugs and devices. Religious institutions, such as churches, are exempt from the requirement, and the federal government has created a work-around for those organizations which allows employees of the institutions to get the services through a third-party provider (still at no cost to the employee).

The significance of this case is not in determining the legality of any of the methods of contraception covered by the mandate. Instead, the question is simply this: Can the federal government require secular, for-profit organizations (and, more to the point, their owners) to provide these benefits for their female employees. In the case of Hobby Lobby, the owners are evangelical Christians who object to certain forms of contraceptives (particularly the “morning after pill” and IUDs, which they believe are abortifacients.)  Their argument is that corporations, (in this case Hobby Lobby), qualify as “persons” under the law and so can exercise religion.

As with all Supreme Court cases, there are many possible outcomes, each with its own set of possible ripple-effects. The court could possibly rule that the free exercise clause and RFRA simply do not apply to secular, for-profit entities. In some ways, this would be the cleanest outcome possible. It would still allow the mandate to be challenged by non-profit organizations (such as the Little Sisters of the Poor, who were granted an emergency stay back in January.)

The court could also rule that free exercise and RFRA could apply to for-profit entities, but that the burden in this case is not substantial enough for the court to rule in favor of Hobby Lobby and Conestoga. Or, the court could rule that free exercise and RFRA do apply fully in this case, and then could rule fully in favor of Hobby Lobby and Conestoga. In either of these cases, there is some potential that other existing and potential laws could be challenged by corporations based on “religious belief.” (One significant example would be the Employment Non-discrimination Act, which would prevent employers from discriminating against people for sexual orientation.)

This case is an interesting one to watch, simply because the case law leading up to it is somewhat complicated and contentious. (The court decisions leading up to the Supreme Court have been all over the place.) But it is also of significance to Catholics in particular, because the USCCB filed an amicus brief in favor of Hobby Lobby and Conestoga, citing the preservation of religious liberty "for those who run businesses."

Unfortunately, this is a case that ultimately pits the workers of an organization (and the rights of those workers) against the people who run the businesses. It will be interesting to see where the Supreme Court lands on this one.

For more detailed information about the case, check out these links: