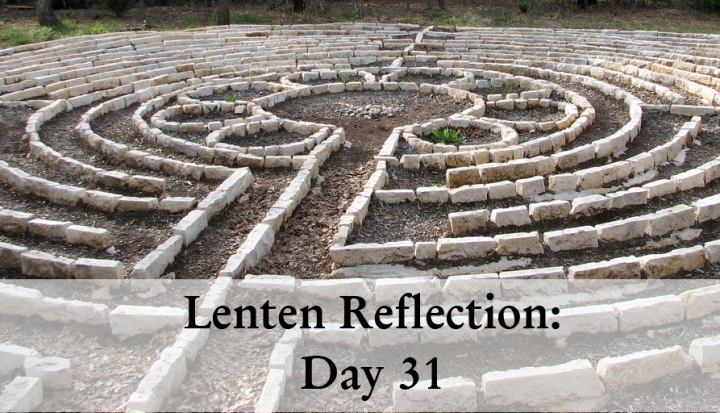 Looking for a daily devotion for Lent? Every day (minus Sundays), U.S. Catholic will bring you words of wisdom and questions for reflection from different spiritual writers, from C.S. Lewis to Henri Nouwen. Click here to get these messages of hope delivered to your inbox daily!

Pierre Teilhard de Chardin: Redemptive suffering
What a vast ocean of human suffering spreads over the entire earth at every moment! Of what is this mass formed? Of blackness, gaps, and rejections. No, let me repeat, of potential energy. In suffering, the ascending force of the world is concealed in a very intense form. The whole question is how to liberate it and give it a consciousness of its significance and potentialities.

The world would leap high toward God if all the sick together were to turn their pain into a common desire that the kingdom of God should come to rapid fruition through the conquest and organization of the earth. All the sufferers of the earth joining their sufferings so that the world’s pain might become a great and unique act of consciousness, elevation, and union. Would not this be one of the highest forms that the mysterious work of creation could take in our sight?

Could it not be precisely for this that the creation was completed in Christian eyes by the Passion of Jesus? We are perhaps in danger of seeing on the cross only an individual suffering, a single act of expiation. The creative power of that death escapes us. Let us take a broader glance, and we shall see that the cross is the symbol and place of an action whose intensity is beyond expression. Even from the earthly point of view, the crucified Jesus, fully understood, is not rejected or conquered. It is on the contrary he who bears the weight and draws ever higher toward God the universal march of progress. Let us act like him, in order to be in our existence united with him. (“The Significance and Positive Value of Suffering,” quoted in Human Energy, HarperCollins)

1. What does the cross mean to you?

2. What does it mean to act like the crucified Jesus?

3. Do you think suffering can be redemptive? How so? Or, why not?