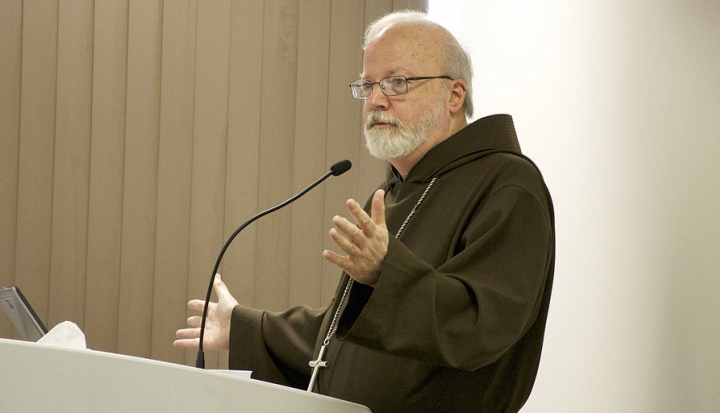 Last night CBS’s 60 Minutes featured an intriguing interview with Boston’s Cardinal Seán O’Malley, who thanks to his working relationship with Pope Francis may have quietly become the most influential bishop in the United States. Although O’Malley doesn’t grab as many headlines as some of the most vocal U.S. bishops, he’s getting plenty of attention for the comments in this interview, which covered controversial topics like clerical sex abuse, women’s ordination, and the Vatican investigation of U.S. nuns. Oh, and how O’Malley and Francis still use fax machines, but that’s another story.

Most notable is O’Malley’s condemnation of Bishop Robert Finn, the Missouri bishop who was found guilty in a court of law for failure to report suspected child abuse when one of his priests was found in possession of child pornography. Yet Finn still serves as bishop, and though many in the church have called for his removal, his fellow bishops have publicly kept quiet.

O’Malley, who was named by Francis to head a Vatican commission dealing with sex abuse, has spoken pointedly on the topic before. But interviewer Norah O’Donnell had to press him to specifically tackle the Finn case. It was O’Donnell, not O’Malley, who said, “Bishop Finn wouldn’t be able to teach Sunday school in Boston” (a reference to the child protection guidelines that require background checks for church volunteers who work with children). O’Malley didn’t hesitate to agree with her, but he seemed to stammer when she pressed him on Finn’s potential removal, only adding that it is “a question that the Holy See needs to address urgently.”

O’Malley was more direct in his comments on the investigation of the Leadership Conference of Women Religious, calling it “a disaster.” He was also outspoken about the need for more women in church leadership, and even uttered the (sure to be taken out of context) line: “if I were founding a church, you know, I’d love to have women priests.” But again, O’Malley was very careful (even when pressed) to defend the church’s position against women’s ordination and to note that women in leadership roles doesn’t have to mean women in the clergy.

Overall, the interview is certainly worth a watch. Check out the full video.