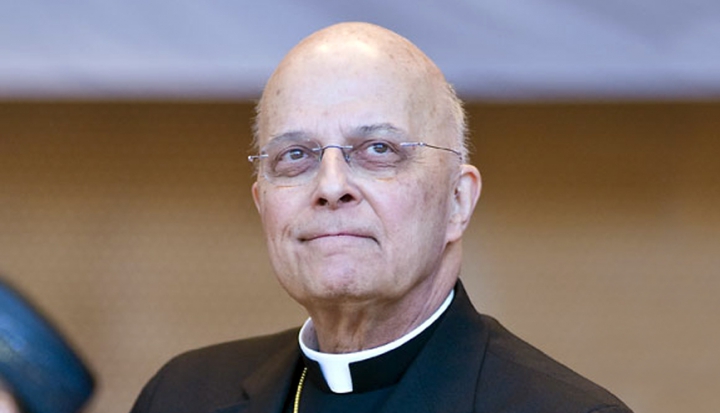 Today, Friday, April 17, along with the rest of our home archdiocese of Chicago, U.S. Catholic mourns the death of Cardinal Francis George. He died at 10:45 this morning after a long battle with cancer.

In a statement to the press, George’s successor, Archbishop Blase Cupich said, “A man of peace, tenacity and courage has been called home to the Lord.”

Cupich recalled how George, who had contracted polio as a child, “overcame many obstacles to become a priest.”

George, who served as president of the U.S. Conference of Catholic Bishops from 2007 until 2010, was a national leader who never hesitated to call things as he saw them. He led the bishops in opposition to the Obama administration's Affordable Care Act and the contraception mandate.

On the clergy sexual abuse issue he was credited with convincing his fellow bishops and the Vatican that “zero tolerance” was the only possible policy for credibly accused priests. But he also gravely mishandled a case in his own archdiocese, something he later deeply regretted.

George was a deeply conservative intellectual who loved to spar with others over theology and society, but he also came to appreciate and pastor a city and diocese whose Catholic culture has tended more toward openness and pastoral approaches.

Cupich urged the Catholics of Chicago, “Let us heed [Cardinal George’s] example and be a little more brave, a little more steadfast, and a lot more loving. This is the surest way to honor his life and celebrate his return to the presence of God.”

May Cardinal George rest in peace

Meinrad Scherer-Emunds was the executive editor of U.S. Catholic. He is currently the director of communications for Maryknoll Lay Missioners.