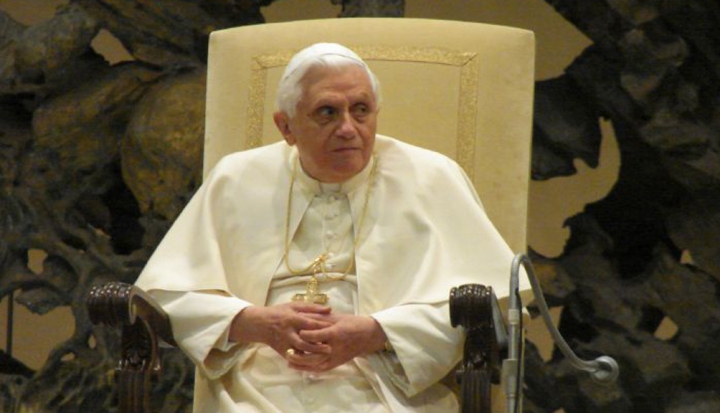 If anyone was worrying about Joseph Ratzinger's (Benedict XVI-emeritus) influence on the conclave and the church going forward, take a gander at the criticism (and damning with faint praise) arising from all quarters. Off the record, and sometimes on, the criticism of Benedict's nearly 8-year tenure is loud and clear, and it focuses on one big failure: governance.

The Vatican, it seems, is in shambles, torn by infighting that is now being exposed like so much dirty ecclesiastical laundry. The pope has (unfortunately) reserved the report of three cardinals (all too old to vote in the conclave) about the Vatileaks scandal, which surely contains damning information about the behavior of certain well-placed cardinals. (Since it affects the good of the church as a whole, I think the entire report should be made public.) Many are privately and publicly calling for a reforming pope.

Cardinal Francis George of Chicago, before leaving for Rome, chastised journalists for speculating that a new pope could make significant changes in the church. What George did not say, however, is that a new pope could make significant changes in the way the church is governed, and a more synodal and collegial form of government is first among them–though even George says the church needs a good pastor now more than a saint. Pope John Paul II eviscertated the authority of the national and regional conferences of bishops, and the international synods of bishops are universally criticized as farces run by the Roman Curia. A new pope, with one stroke of the pen, could reverse this curial and papal absolutism, which is both directly contrary to the teaching of the Second Vatican Council and a profound novelty in the history of the church. On this the scholars of "rupture" and "continuity" of the council could well agree. Such a change would require absolutely no modification in doctrine.

But even beyond the theological, it is simply practically impossible for the Renaissance monarchy that is the Vatican to any longer govern (much less control) a communion of churches whose members now number 1.2 billion–nor would it even be desirable. The local churches of the world need freedom to respond to their own contexts, to allow the gospel and the church take flesh in the unique expression and incarnation of God already in each culture. There can be no room any longer for an ecclesial colonialism that seeks to control and maintain a uniform expression of Catholicism. The sooner we all realize that, the better.