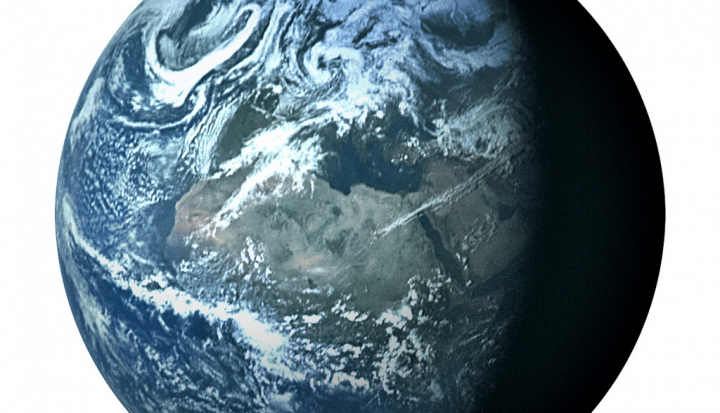 Lent is a time to recover our connection to God's creation.

In "Don't be crude," I suggested that those of us in developed nations have an addiction to oil. To overcome this addiction, we might learn from the 12-step programmes that help other addicts: realizing our powerlessness over the problem; seeking a higher power to help overcome our weakness; and taking things “a day at a time” meaning that we should consider how our daily choices have consequences for a warming planet.

What we buy, how we move, what we waste, how we conserve, how we spend our time: all of these things impact our planet and its people.

It strikes me that Lent asks many of these same questions. Lent calls us to sacrifice, to deny ourselves, to pray more fervently, to become more in touch with our Creator. Linking Lenten practices with a greater awareness of our finite planet and the needs of so many across the globe seem to me to be obvious connections.

My home diocese, the Archdiocese of Washington (DC), has also made these connections and developed a Lenten Carbon Fast Calendar. The Archdiocesan website offers several tools to help Catholics with their Lenten practices including the calendar. They say: “Our Environmental Concerns committee is offering a Lent Calendar that invites us to reflect on the stewardship dimension of our discipleship from an environmental perspective through prayer and a ‘carbon fast.’ …[These and other tools] aid us in deepening our relationship with the Lord and leaving go of bad habits that grow into sin and take on good habits that grow into virtues.”

The Catholic Coalition on Climate Change broadcast the calendar and encouraged other Catholics to consider some of these practices if they wished.

But in the same U.S. Catholic print edition (April 2011), a graphic demonstrated just how far the practice of Care for Creation is in the spiritual life of Catholics. According to the Pew Forum’s 2010 Annual Religion and Public Life survey, 86% of white and 89% of Hispanic Catholics in the U.S. favor tougher environmental laws and regulations. That’s the good news. The bad news is that only 3% of white Catholics and 9% of Hispanic Catholics say that religion is the biggest influence on their attitudes about environmental regulations.

As someone who has worked intensively on the climate change issue within the U.S. Catholic community for nearly five years all I can say is, “Dan, you need to do a better job.”

While somewhat distressing, I am also heartened by polling that the Coalition conducted just prior to the launch of our signature campaign: the Catholic Climate Covenant: The St. Francis Pledge to Care for Creation and the Poor. In this survey, Catholics, by overwhelming majorities nearing 90 percent in some cases, were willing to or had already done the five things asked for in the St. Francis Pledge which are to:

And large majorities also support messages about why we need to do these things. Catholics in the U.S. are persuaded to do something about climate change because:

I believe that perhaps Catholics, when asked specific questions about how they might live out their faith vis-à-vis the environment, do see the links. Most of us are truly concerned about environmental harm but we have failed to see the connection to ancient teachings (about stewardship, reverencing God’s good gift of Creation, caring for our neighbor who suffers as a result of environmental neglect) and this concern. Granted, we have a long way to go to help Catholics recover these connections.

To me, Lent provides one opportunity to move in this direction. During Lent, we are called to sacrifice in preparation for the celebration of our Risen Lord when we celebrate a new Creation and glorify the goodness of our Creator. Is this the only way to prepare for Easter? Certainly not. But in an age that is threatened by “disturbing climate change” as Pope Benedict XVI said in his Easter message two years ago, it may be a start for some.

Reposted with permission from Caritas Internationalis' blog. Guest blog posts express the views of the author. They do not necessarily reflect the views of U.S. Catholic, its editors, or the Claretians.