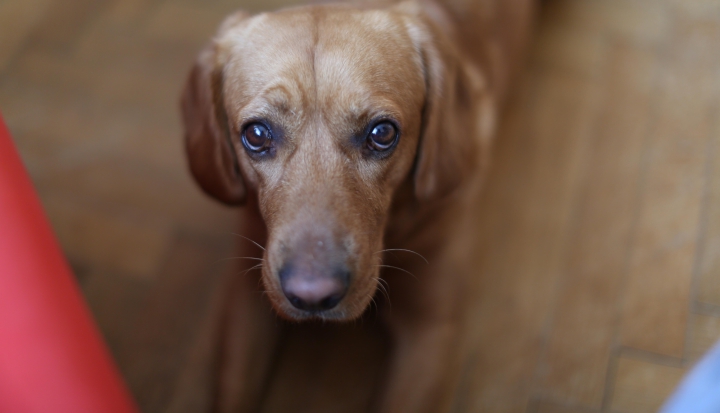 My favorite movie as a child was All Dogs Go to Heaven, an animated tale about a German shepherd named Charlie who is killed by his Bulldog business partner. With the help of an orphaned girl who can speak to animals, Charlie returns to earth to seek revenge on his killer.

Though this plot seems complex, dark, and ridiculous for a children’s movie, I remember watching it over and over again. The idea that “all dogs go to heaven” comforted me and instilled the idea in my mind that dogs were equal to people.

When I got older, however, I learned Catholic doctrine taught that animals (even dogs) did not have souls and therefore did not go to heaven. (I also learned from a high school English teacher that animals are never to be referred to as “he or she,” a fact which horrified me).

As an animal lover, this was an ideology I simply could not get behind. I always imagined my pets with even more soul than I had. Their love is truly unconditional: They care without judgment and show their love openly without fear.

I’m not the only one who believes animals have souls.

A veterinarian wrote an article about one little boy’s acceptance of his dog’s passing. After having to euthanize his pet, the boy seemed unusually calm, particularly when the conversation turned to why dogs’ lives are so short in comparison to that of human lives.

The little boy said he knew why, stating, “People are born so they can learn how to live a good life—like loving everybody and being nice all the time.”

“Well, dogs already know how to do that so they don’t have to stay as long,” he finishes.

This little boy’s wisdom would not be controversial to most, but to Catholics it can be a source of conflict. We want to believe that our best furry friends will join us in heaven, but many of us have been told they will not.

It seems like Pope Francis agrees; in Laudato Si’ he writes that animals will join humans in the kingdom of heaven.

“Eternal life will be a shared experience of awe, in which each creature, resplendently transfigured, will take its rightful place and have something to give those poor men and women who will have been liberated once and for all,” the text reads.

This passage within the encyclical is short but surprisingly important and not only to Catholic animal lovers everywhere. It also hints at the history of past popes’ consideration of animals.

In the nineteenth century, Pope Pius IX was the first pope to officially declare animals soulless and thus unable to enter heaven. In the decades since Pius’ proclamation, popes have continued to waffle over the issue of animals.

Pope John Paul II went the opposite direction. In 1990 he is reported to have said animals must have souls, as they were “created by God’s breath.” But almost 20 years later Pope Benedict XVI said God only gives access to heaven to humans.

Benedict’s words can be hard for pet lovers to reconcile. Many of us can say we have been comforted by our pets during unimaginably hard times. Somehow, they always seem to know when something is wrong and do everything in their power to help the situation without the use of words.

However, Pope Francis’ statement in Laudato Si’ helps to finally lay the age-old question to rest. By immortalizing his words in writing, the pope leaves no room for misunderstanding or hearsay: dogs and our other animal companions will join us in the Kingdom of Heaven.

This is a hugely important step for Fido and for those who love him. Thanks for Pope Francis and his love for animals (which is reflected in the name he chose to bear as pope) I can finally confidently say, with a comforted smile one my face,  “all dogs go to heaven.”