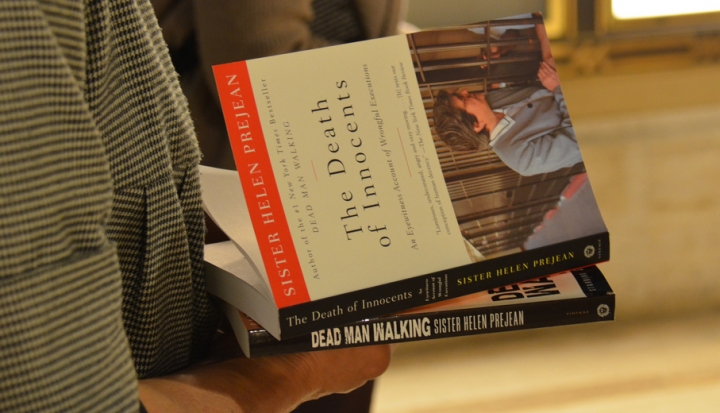 20 years ago marked the publishing of an influential and inspiring book: Sister Helen Prejean’s Dead Man Walking, which documents Prejean’s experiences with a death row inmate that took place 30 years ago. Prejean became a pen pal for a man on death row in Louisiana, eventually meeting him in person, becoming his spiritual advisor, and spending his final hours with him before witnessing his execution in 1984.

In 1995 the book was made into a film, with Susan Sarandon winning an Oscar for best actress for her portrayal of Prejean. Both the book and the movie have served as a testament to Prejean’s ongoing, never-ceasing work against the death penalty.

And yet 20 years later, 30 years after the beginning of Prejean’s work at the forefront against capital punishment, the United States remains the only industrialized nation with capital punishment. And despite the fact that more and more states—most recently, Maryland—are abolishing the death penalty, Stateline reports this week that other states are enacting measures that will speed up the execution process.

The average wait time nationwide between sentencing and execution is 14 years, while in states such as Florida it can take as long as 22 years. As the result of new legislation, Florida’s governor is now required to sign a death warrant within 30 days of certification that an inmate has exhausted all appeals, and the execution must be scheduled six months from the date of the warrant. And in North Carolina, lawmakers have repealed the state’s Racial Justice Act, which was created as an additional appeal for inmates who believed that racial bias influenced their sentences. This is especially troubling given the prevalence of racial bias in death penalty cases.

Much could change in the next 20 years as we continue to celebrate anniversaries of Sister Helen Prejean’s important book and her continued work fighting against the death penalty. As we go forward, it is important to remember that at the heart of Catholicism is the belief that there is inherent human dignity in each and every person—including people who have committed horrible crimes. As Prejean said of the first time she visited her dead row pen pal in person:

“When I saw his face, it was so human, it blew me away. I got a realization then, no matter what he had done…he is worth more than the worst thing he ever did. And the journey began from there.”