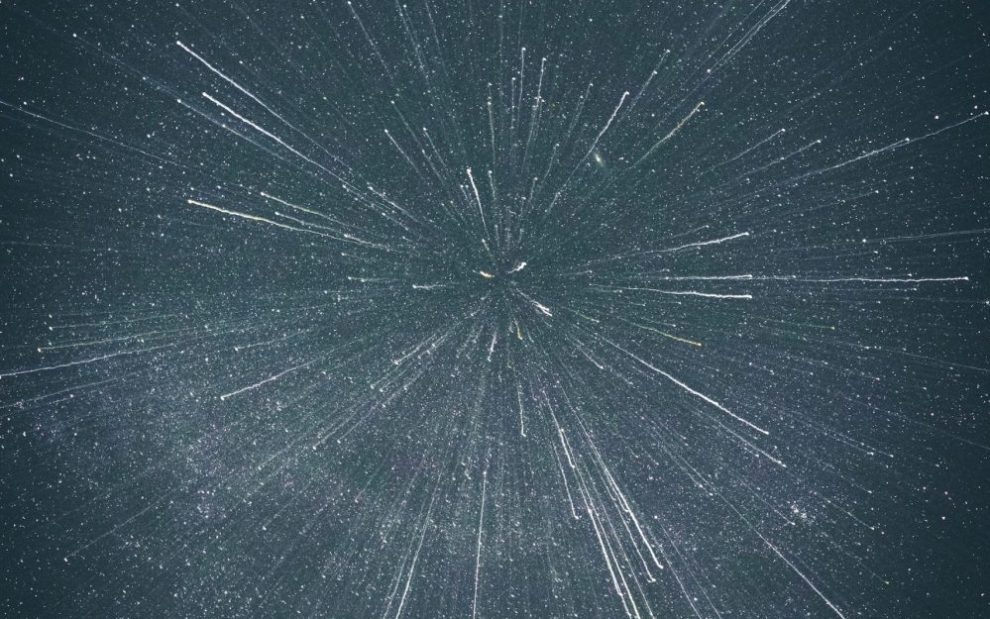 Finding a good popularizer for cutting-edge physics, climate science, or any of the myriad fields related to biology and medicine can be challenging today, especially when confronted by experts with a personal axe to grind about religion or philosophy.

This is one reason why Sabine Hossenfelder’s books—and YouTube channel—are such an excellent and entertaining resource for people who are serious about science and their religious faith but who find themselves put off by the books of Richard Dawkins, Sam Harris, or even Neil deGrasse Tyson.

Hossenfelder rejects the “faith versus science” dichotomy too often recycled in these books. She makes it clear from the beginning of her own, Existential Physics: A Scientist’s Guide to Life’s Biggest Questions, that spiritual ideas and traditions can be perfectly compatible with modern physics and often are, indeed, supported by it.

“And why not?” she writes in the preface. “That physics has something to say about our connection to the universe is not so surprising. Science and religion have the same roots, and still today they tackle some of the same questions: Where do we come from? Where do we go to? How much can we know?”

For Hossenfelder, a research fellow in theoretical physics at the Frankfurt Institute for Advanced Studies in Germany, it’s not that she wants to be nice to religious people for the sake of being nice. “To begin with, I’m not exactly known for being nice. But more important, scientists who claim, as Stephen Hawking did, that ‘there is no possibility of a creator,’ or as Victor Stenger has, that God is a ‘falsified hypothesis,’ demonstrate that they don’t understand the limits of their own knowledge. When prominent scientists make such overconfident proclamations, they make me cringe.”

Throughout her book, Hossenfelder is delightfully blunt (some ideas are “bullshit”), and her deliberately conversational tone distinguishes her voice and style from those of some of her peers such as Lisa Randall, Carlo Rovelli, and Brian Greene.

In her view, scientists who can’t explain why their research is important to everyday people can end up doing damage to their own field as it’s publicly perceived.

“It’s not just that this knowledge is worth sharing; keeping it to ourselves has consequences,” she writes. “If physicists don’t step forward and explain what physics says about the human condition, others will jump at the opportunity and abuse our cryptic terminology for the promotion of pseudoscience.”

It’s no coincidence, she points out, that strange sounding processes like “quantum entanglement” and “vacuum energy” have become go-to “explanations” for “alternative healers, spiritual media, and snake oil sellers.” “Unless you have a PhD in physics, it’s hard to tell our gobbledygook from any other.”

But religious people unfamiliar with science may be more willing to listen to such pretenders if they feel (understandably) turned off by scientists who denigrate their faith in sweeping terms.

That’s a bad look for scientists, in Hossenfelder’s view. Equally damaging is the tendency of many prominent specialists to tout their confidence in the existence of highly speculative ideas, like the multiverse for example. This is the notion that the universe we can observe with our telescopes is just one of millions. It’s an entertaining idea for science fiction, for which, Hossenfelder states, there is currently no evidence whatsoever. And not enough scientists are clear about this lack of evidence, preferring instead to let the media hype it as if there were. “And because multiverse ideas attract a lot of media attention, this sheds a bad light on the capability of the scientific community to hold its members to high standards.”

This can seem especially hypocritical when prominent scientists dismiss the beliefs and traditions of religious people for want of evidence.

Hossenfelder is cognizant of the need to engage the serious questions and concerns of religious readers. “It isn’t only that I think Stephen Jay Gould got it right when he argued that religion and science are two ‘nonoverlapping magisteria.’ I will go a step further and claim that scientists can learn something from organized religion. For better or worse, religions have played an important role for big parts of the world population over thousands of years. Religion matters to many people in a way that science doesn’t.”

This is partly due to the historical fact that religion has been around longer, she adds. “But it’s also because too many people perceive science as cold, technocratic, and unhumanly rational. It has the reputation of being a killjoy that constrains our hopes and dreams.”

Of course, it’s true that science discourages children from trying to fly by flapping their arms and leaping from a window. “But science has another side,” she writes. “It opens our eyes to possibilities we couldn’t previously imagine, much less comprehend. Far from taking away wonder, science gives us more to marvel at. It expands our minds.”

To prove her point, she devotes nine engrossing chapters to the physics behind key fundamental questions that human beings have been asking since the dawn of time—questions that seem at once closer to personal human experience than they might seem at first:

Does the past still exist? Is there a real sense in which the lives of our deceased friends and loved ones are forever written into the geometry of space and time, like individual snapshots or frames from a motion picture? In a comforting way, Hossenfelder writes, Einstein’s theory of relativity suggests that there is.

Then there is the matter of consciousness (no pun intended): Is the human mind something that can just be reduced to nothing more than computation, as some philosophers argue? Is the world just made up of numbers all the way down?

Of course not. Mathematics is a powerful scientific tool, Hossenfelder writes, but it strikes her as presumptuous to think that humans have already discovered the fundamental language in which nature speaks, basically on the first try and right after we appeared on the surface of the planet. “Who is to say there may not be a better way to understand our universe than mathematics, one that may take us a million years to figure out?” she asks.

The search for answers in science is part of the joy of being a scientist, in Hossenfelder’s view. And even when the answers seem to be disturbing or downright strange, the fact that our own human intelligence can discover them is what makes science so precious.