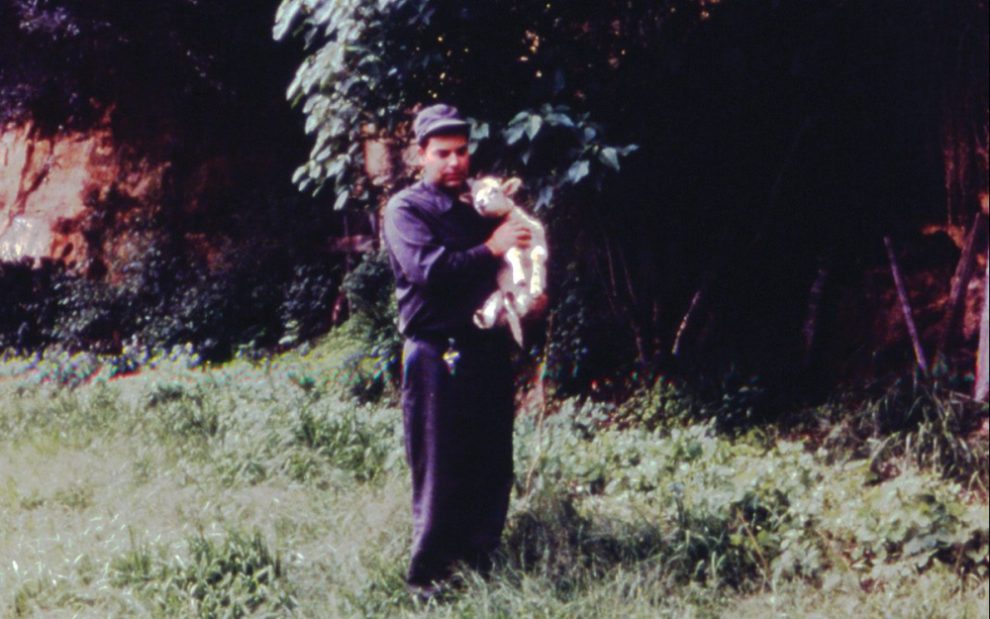 I am personally weary of violence, but I continue to feel a strong commitment to the suffering poor of Central America. . . . God knows why He continues to call me to Guatemala when some friends and relatives encourage me to pull out for my own comfort and safety. . . . I place my life in His Providence; I place my trust in Him.

These prescient words are from a 1981 Christmas letter sent by De La Salle Christian Brother James Miller to several friends. Less than two months later the 37-year-old from rural Wisconsin was assassinated by a right-wing death squad while repairing a wall at the mission school where he taught Indigenous youth in Huehuetenango, Guatemala.

We heard of Miller’s death on the radio and from those at the College of Santa Fe—a Christian Brothers school where Ed taught history—who had known him personally. We also learned there would be a memorial Mass at the college on the following Sunday afternoon. We always attended early Mass, however, and saw no reason to break our routine.

We were in our 30s then, rarely passing up an opportunity to party on Saturday nights. Now when we look back, we are thankful for that failing, for in God’s mysterious way, it’s the only reason we missed morning Mass and were in a rear pew with our two young daughters the afternoon of Miller’s memorial Mass.

When our friend Greg Robertson, who had taught Miller in college, read from the pulpit Miller’s long Christmas letter, we were spellbound. Through this letter, Miller, known also as “Hermano Santiago,” introduced us to the people he had grown to love in the year he spent teaching in Huehuetenango:

Guatemala is . . . probably one of the most colorful countries in the world. . . . The Indians are industrious farmers, honest, peace-loving, simple people whose hospitality is proverbial. . . . But they are the poor, the oppressed, the forgotten ones of Guatemala.

The level of personal violence here is reaching appalling proportions (murders, torture, kidnappings, threats, etc.), and the church is being persecuted because of its option for the poor. . . . [The Indians are] caught defenseless . . . [and are] taking the brunt of this violence.

The letter evoked the paradox of Guatemala—enchanting yet violent—and immediately raised questions: Why were “peace-loving” Maya being murdered? Why was the Catholic Church being persecuted for aiding the poorest of the poor? Why was a North American Christian Brother who was educating Maya boys shot down in broad daylight?

After Mass, Donna, who a few months before had begun writing essays for the Santa Fe Reporter, remarked that Miller’s letter cried out to be heard by a wider audience. Ed, in the second year of a three-year terminal position at the college, was consumed with transforming his dissertation into a book that would give him an advantage in the job search. But he agreed with Donna: We would collaborate on a short article for the local newspaper. We had no inkling that that decision would change our lives.

In our research, we discovered that prior to his Guatemalan assignment Miller had spent the 1970s as a teacher and principal on the east coast of Nicaragua. During this time Marxist rebels called “Sandinistas” had fought and toppled the right-wing dictatorship of Anastasio Somoza Debayle. Because Miller’s name was on a list of reactionaries when the Sandinistas gained power, he was forced to leave Nicaragua. This puzzled us. Why was Miller expelled by left-wing revolutionaries, only later to be murdered by right-wing Guatemalans who considered him and his fellow Christian Brothers Marxist dupes? We felt compelled to delve deeper into this perplexing missionary’s life.

After contacting several Christian Brothers who had worked with Miller in Nicaragua, we learned that he had prided himself on being a pragmatist. In Somoza’s Nicaragua all schools, including those run by Christian Brothers, were owned by the state. To get resources for their school, a principal had to lobby politicians, and Miller was quite effective at this. And Miller’s school thrived. When questions concerning social justice would come up, he would shrug them off, saying, “I don’t get into that.” But in 1979, when Somoza fell from power, Miller became persona non grata and was forced to leave Nicaragua.

His perspective then changed.

His compassion now eclipsed his former pragmatism and compelled him to remain in a dangerous situation.

In 1981 Miller was overjoyed to be assigned to the Christian Brothers’ Colegio De La Salle in Huehuetenango, Guatemala. When he arrived, however, he found he would not have the authority he once enjoyed as principal. Instead, he would be teaching and serving as assistant director of the Casa Indígena, the college’s boarding school for Maya boys specially selected for their leadership potential. Finding himself in this subordinate role, Miller balked at first. But soon he began to relish returning to his rural roots as he taught Maya students advanced farming techniques on a model farm.

To his credit, he also began to embrace his new position as teacher. That one year in Huehuetenango learning about Guatemalan culture in order to teach it awakened him to the deep-rooted structures of injustice dating back to the Spanish conquest of 1524. The more he learned about Guatemalan history, the more he came to see that this injustice underpinned the poverty and suffering he painfully witnessed during his visits to the homes of his students. “I have come to respect and love them all and to have a deep respect for the many centuries of Mayan history and tradition that is their cultural heritage,” he wrote in his Christmas letter.

The letter, he hoped, would help his friends understand this reality:

We pray and long for peace and a just solution to Guatemala’s many social and economic problems. . . . But until now peace and justice elude us. . . . Selfish, blind and hardened hearts must be converted to the love of Christ before a lasting solution can be found.

His letter reveals that, just before his martyrdom, the teacher and Christian Brother had reached a pinnacle of personal growth. His compassion now eclipsed his former pragmatism and compelled him to remain in a dangerous situation. As he told a fellow Christian Brother, “We never know when we rise in the morning if we will be alive by nightfall. We are teaching human rights to these poor Indians and after they start demanding them, it leads to bloodshed.”

Just as Miller reached a crossroads in his career and faith when he became aware of unjust social structures in Guatemala, his life and martyrdom brought us to a similar turning point. We could not unlearn the injustice we were now aware of in Central America.

Following the publication of our article on Miller, some friends informed us that they had known two other U.S. missionaries who had died violently in Central America. Intrigued, we began researching those stories, only to find that other North American missionaries had met similar fates. In 1988 our book Murdered in Central America: The Stories of Eleven U.S. Missionaries (Orbis Books) was published. We joined protest movements in Pittsburgh and marched in Washington, D.C. to change U.S. policy in Central America. We tried to commit ourselves as activists, writers, and academics to the cause of justice for the marginalized in this troubled region.

Our serendipitous attendance at that memorial Mass for Miller on a Sunday afternoon in February 1982 not only changed the direction of our lives but also that of our Catholic faith.

Image: Courtesy of Midwest District of the Christian Brothers

Donna Whitson Brett is a retired academic advisor from the University of Pittsburgh. Her most recent book,  Martyrs of Hope: Seven U.S. Missioners in Central America (Orbis Books, 2018), coauthored with Edward T. Brett, received an Honorable Mention in Biography from the Catholic Press Association in 2019.