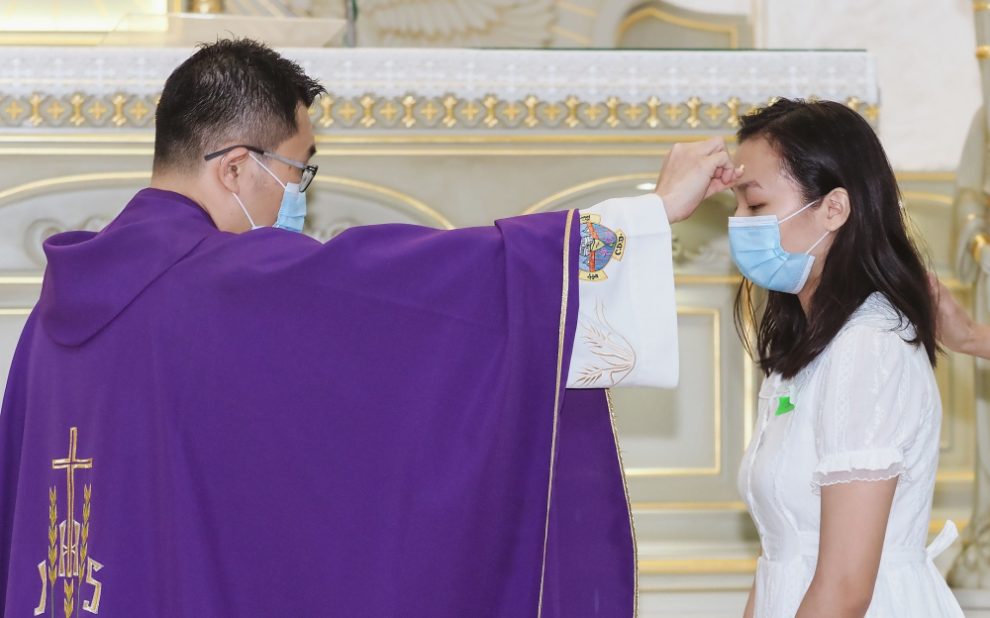 A few weeks ago I confirmed a young woman. Tears ran down her cheeks as she was anointed with the sacred chrism on her forehead. For her, confirmation was not something she was being forced to do by her parents; it wasn’t an occasion for making her friends laugh. It was about becoming a fully initiated Catholic Christian who was desperately longing for the gifts of the Holy Spirit.

Comparing moments like these makes me ask myself, “What is the appropriate age to receive the sacrament of confirmation?”

That is certainly a loaded question, at least among sacramental theologians, liturgists, directors of religious education, and youth ministers. The practice of the church and people’s opinions on this issue are all over the place: The tradition of the Eastern churches down to the present day is that an infant is baptized, confirmed, and receives communion all at the same ceremony. Currently in the Roman Catholic Church, there are differences from one diocese to the next. Some dioceses celebrate confirmation at the same time as first communion (about 7 years old—the “age of reason”). I was confirmed in seventh grade (about 12 years old). In the diocese where I currently serve, confirmations happen during the sophomore year of high school (around 15 years old).

I intend to argue a position that nobody else I know holds (meaning it is most probably a very bad idea): Confirmation should not happen until one has attained at least 21 years of age.

Now that you have signed yourself and offered a prayer for my soul (hopefully), let me try to explain my position.

Our thinking about how the grace of the sacraments work should avoid what I call “magical ritualism.” By this I mean an exaggerated understanding that the giving of grace in the sacraments by following the correct form is all that is needed. In fact, in order for the sacraments to do what they are meant to do, the grace of the sacrament needs to also be received by the person. For example, even in the instance of infant baptism, the Code of Canon Law states that in order to baptize an infant there should be “a founded hope that the infant will be brought up in the Catholic religion.” If that is not the case, then “the baptism is to be put off.” For the sacraments to truly do what they are meant to do, there is more involved than “magic” words and certain ritual actions.

We can think of the grace of the sacraments like a seed. The seed is real. It is objectively there. But, the seed will never do what it is meant to do if it isn’t placed in good soil and given water and exposure to the sun. As a priest, I can’t just go to a commercial district and pray absolution over the bustling shoppers, thereby forgiving their sins. That’s not how the grace works. In order to receive sacramental absolution, people need to repent and confess their sins and have the desire to amend their lives.

With all due respect to those traditions that practice it, I am not in favor of baptizing, confirming, and giving the Eucharist to infants at the same ceremony. While these three sacraments of initiation are intimately connected and form a certain unity, they are also distinct. What each sacrament does—being born anew in baptism, spiritually strengthened in confirmation, and given the food of eternal life in the Eucharist—is different. Each sacrament, in its own way, needs to be “received.” Because of the unique elements of each of these three sacraments, I don’t think there is an adequate “reception” of the Eucharist and confirmation when all are done at once with an infant. Confirmation, referred to in the Catechism of the Catholic Church as the “sacrament of Christian maturity,” doesn’t really make sense to me, liturgically or theologically, when given to an infant at the same time as his or her baptism.

I would argue that both of these mindsets represent a very confused notion of “ministry” and “formation” for the sacraments. I must concede that the dominant model in the Catholic Church that approaches sacramental formation as another “class” where we read textbooks and do homework has done a terrible disservice to countless Catholics for decades (but that must be the topic of another article).

We should take a moment to reflect upon how our faith, our spirituality, and our mentality change over the course of our life. We instinctually know that our conversion deepens in stages over time. Shouldn’t the way we celebrate the sacraments reflect that reality and assist that conversion process? In good married relationships, for example, this is how it works. Even the Knights of Columbus, that most Catholic of organizations, has “degrees” of initiation (just ask any Fourth Degree Knight).

I also have problems with Confirmation taking place with seven- or twelve- or fourteen-year-olds. While the catechism does explain that “we must not confuse adult faith with the adult age of natural growth,” nevertheless it does generally coincide. There are not many teenagers who are sufficiently mature in their faith to “spread and defend the faith by word and action.” Add to that the sad reality that any director of religious education or youth minister knows, that many teenagers who receive confirmation are doing so under varying degrees of protest. Many are being forced by their parents to be confirmed.

There is a joke among priests about the young pastor who was plagued with bats in the church. No matter what he tries, he can’t figure out how to get rid of them. The old monsignor tells him, “Just confirm them and then you’ll never see them again.” This is a sad reality. Confirming teenagers who are only there because their parents are forcing them and often promising them that as soon as they are confirmed they can stop attending religious education (or even Mass) is not how we should approach this sacrament.

This brings me to my personal preference: Confirmation should be for adults of at least twenty-one years of age. I have come to this conclusion because of my experience with the adult confirmation program at the parish and campus ministry where I currently serve. Each year we have about thirty people, mostly young adults, who enter our program of formation for adults seeking confirmation. It is what I believe the formation process for this sacrament should be. The celebration of the sacrament itself, whether with the bishop at a diocesan-wide event or with a delegation from the bishop at our parish, has been the most prayerful and powerful experience I have had with the sacrament of confirmation. But why?

First of all, they all want to be there; they all want to be confirmed. No one is there because they are being forced by their parents or someone else. This makes all the difference. Because they want to be there, they are more open to building a more intimate union with Christ and a more active life of faith in the power of the Holy Spirit. They are more capable and desirous of a Christian maturity that spreads and defends the faith. They are in a place in life to really be able to receive and nurture the grace of the sacrament.

Additionally, for those seeking confirmation, we don’t just have a “class.” We certainly do provide content about the teaching of the Church about Jesus, the Scriptures, morality, and so on. But, we also have significant times of prayer and faith-sharing done in a friendly context of food and fellowship. We have retreats. We don’t just do another day of “school” replete with lectures and homework.

Although not the most important consideration, a frequent observation of some of our Protestant brothers and sisters is that Catholics just mindlessly go through rituals but never actually make a personal choice to follow Christ. This does not apply to those choosing to be confirmed as adults.

Sometimes having to wait for something is a good thing. Sometimes when something is difficult and involves sacrifice, it means more to the person who receives it. As adults, these individuals are serious about forming and cultivating their hearts, minds, and wills so that the grace from the sacrament of confirmation and the gifts of the Holy Spirit are actually received and put into action. As adults they can be carefully prepared in a way that is spiritually and developmentally appropriate. This is the way it should be. 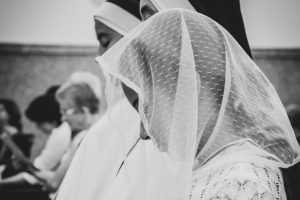