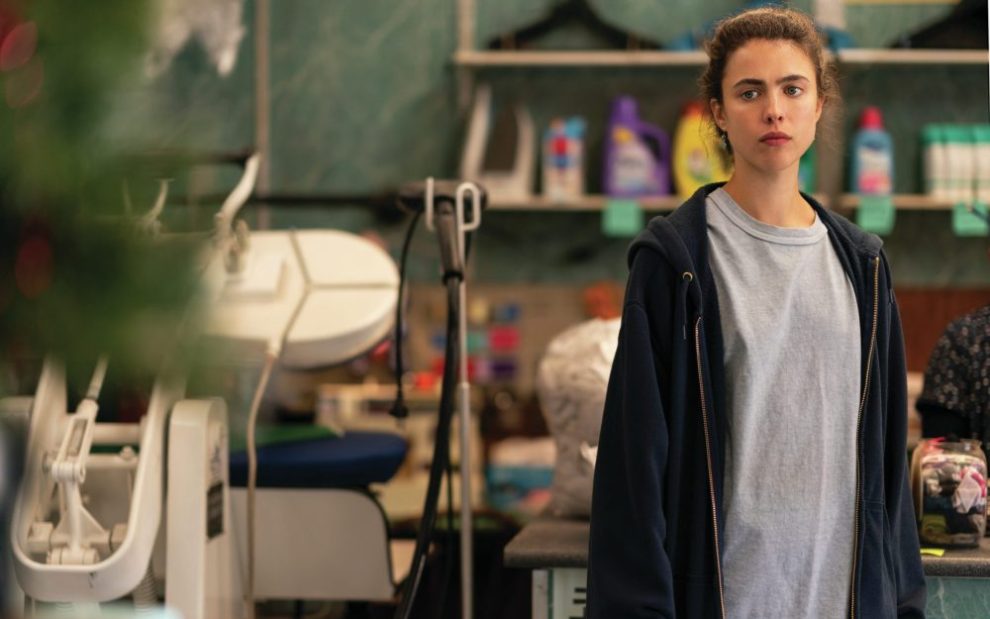 Did you know that if you’re a poor and unemployed single mother, before you can get any financial assistance from the government you must have a job? On top of that, you can also get a government subsidy for your child care, but only after you have a job. So that beleaguered mother has to get a job, and hold it long enough to have a pay stub, without any child care help while she works.

When Alex Langley, the main character in the Netflix series Maid, hears all this from her social worker, she is stunned. “What kind of f—ery is that?” she says. And, frankly, I can’t think of a better word for it myself.

Over its 10 episodes, Maid tells Alex’s story in heartbreaking and agonizing detail, with occasional flashes of hope (often false) and humor (mostly dark). Played with startling depth and nuance by Margaret Qualley, Alex is a young woman who’s gotten her GED and is about to leave her coastal Washington home for college in Montana when she falls into a reckless affair that results in an unplanned pregnancy.

The child’s father, Sean, expects her to abort it, but she won’t. Instead, she moves into his singlewide trailer and takes up full-time motherhood with their child, Maddy, while Sean grows increasingly drunk and abusive. The series begins with Alex and Maddy making a middle-of-the-night escape that leads to the aforementioned social worker.

Maid is inspired by Stephanie Land’s best-selling memoir with the same title. Land, like her small screen counterpart, ended up working for a residential cleaning service, scrubbing rich people’s toilets and tile for poverty wages. Much is fictionalized in the series, starting with all the characters’ names. But the story stays true to Land’s unvarnished depiction of life as a client of the stingy state and an invisible servant of the heedless rich. Some of the series’ best moments come straight out of the book, such as Land’s descriptions of the homes she cleans and the strange but true private lives they reveal, or the clueless contempt of strangers waiting behind her at the grocery checkout while she returns items she can’t afford.

In the series, Alex is a young woman who made a big mistake, and it seems the world will never stop punishing her for it. The mistake, of course, was Sean. When she met him, he was reading Charles Bukowski (of Barfly fame), the poet laureate of drunken misogynists. Sean might as well have worn a scarlet “T” for trouble. But once that mistake was made, Alex chose to accept the gift of life, and that’s when the trouble really started.

The booby-trapped social safety net Alex encounters is the product of Bill Clinton’s 1996 welfare reform. For 25 years now, all through the reigns of Clinton, Bush II, and Obama, both pro-choice and ostensibly pro-life politicians have eagerly promoted policies insisting that mothers, even of small infants, must be in the paid workforce, no matter what, or they will be left to eat at soup kitchens and sleep in a car.

Alex chose to accept the gift of life, and that’s when the trouble really started.

In fact, if Sean had just been a garden-variety irresponsible drunk, but didn’t abuse Alex, she and Maddy might have been homeless and destitute for more than a few days at a time. The support services for domestic violence victims supply Alex’s first safe, if temporary, housing, free day care, and rides to work that get her life restarted.

Once she’s back in the world of the ordinary working poor, Alex is stuck in an apartment with black mold that sickens her daughter. Eventually she does luck-and-pluck her way into a safe, healthy, and even comfortable, living situation, bartering her cleaning and yard work for half the rent on a wealthy couple’s backyard apartment. But then a small mistake, inviting Maddy’s father to the child’s birthday party, leaves her homeless again.

Of course, all of this would have been very different if Sean weren’t an active alcoholic, and he and Alex were able to pull together. They would still have had a hard time, but they would have had a chance. By so effectively dramatizing the results of single parenthood, Maid reinforces the simple fact that stable, two-parent families are an ideal that should be encouraged in every way possible.

Statistics bear this out. The poverty rate for single-parent families is currently five times that of two-parent families. Overall (exceptions noted), children in single-parent homes have more emotional and psychological problems and are twice as likely to drop out of high school and become single parents themselves. All of this happens to Alex in Maid, and she desperately wants to avoid it for her daughter.

Public policy could do a lot to improve the prospects of the families and children that we already have.

Of course, the decline of the two-parent family is also in large part a cultural evangelization problem, and public policy alone certainly can’t fix it. However, public policy could do a lot to improve the prospects of the families and children that we already have. For one thing, people who want young women with unexpected pregnancies to carry their babies to term need to step up with some serious family support after those babies are born. That means things like a living wage, a monthly child allowance for all low- and middle-income families, and significant paid family leave for everyone.

In October, when Maid started its run on Netflix, the Biden administration was pushing hard for Congress to enact just such policies. At the time of this writing, the fate of those proposals is still unknown.