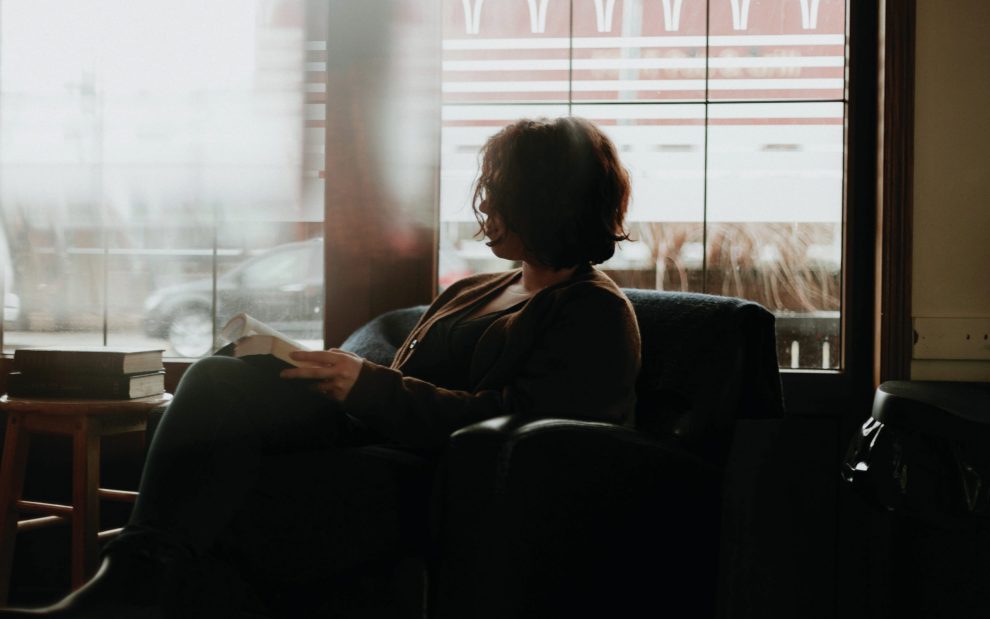 On a beautiful day in the early summer of 2018, I was puttering around my apartment and getting ready for a parish visit. I was content in my work at an archdiocese, had recently returned from a stint at the Pre-Synod on Young People at the Vatican, and was knee-deep in wedding planning. To sound cheesy, I was loving church life.

Out of the blue, as I was getting ready to leave for another day of the ministry work I loved, I received a call from a friend: “Nicole, we didn’t want you to find out elsewhere: Cardinal Theodore McCarrick has been accused of sexual abuse and the accusations were found credible. The story is about to break everywhere.”

I was profoundly sorrowed, but never surprised, when my young adult peers cited this reality as a very valid reason why they could no longer affiliate with the church.

I found myself gripping the back of my sofa, totally knocked off my axis. I grew up in central New Jersey, in the Diocese of Metuchen, which is often colloquially referred to as the “house that McCarrick built.” His name was splashed on buildings, scholarships, and even a high school. He was basically the unofficial patron saint of the diocese: lauded for his fundraising acumen and pastoral presence as well as his adroit navigation of international relations; not a culture warrior but a “prince of the church” you felt had earned the title. His presence throughout every corner of the diocese was resonant: My parents could still remember his presence at their marriage preparation at a small-town parish. I immediately made the sign of the cross, thanking the Lord that my outspoken, devout grandmother had died just months earlier, sparing her this shock and pain. I am ashamed to admit that my mind did not turn to the countless victims of McCarrick’s abuse as quickly as it should have.

Catholics were collectively horrified by the breaking news, even if not all were children of the Diocese of Metuchen. The façade was so strong and the deception so deep that it rocked the Catholic Church in the United States. Yet two years later, when “the McCarrick report” was released, we learned that far fewer people than expected were surprised—indeed, too many knew and did nothing, causing another wave of pain to crash over the faithful, especially the victims who had been silenced for far too long.

Just two months after the McCarrick news broke, the commonwealth of Pennsylvania released its grand jury report, a sweeping horror story that implicated members of the hierarchy and those who worked with them. It felt like a stone had hit glass, and the cracks webbed out in every direction in the moments preceding a shatter. It felt like everyone was implicated, no one could be trusted, and no place was safe to turn. Victims had to relive the evil inflicted on them and the subsequent cover-up. I was profoundly sorrowed, but never surprised, when my young adult peers cited this reality as a very valid reason why they could no longer affiliate with the church.

Allow me to confess something that probably makes me sound a little crazy: I read both reports—cover to cover. In writing that sentence, it does seem crazy! Why would I subject myself to such atrocity, such heinous evil? I felt an abiding obligation to do so for a few reasons: As a child of the Diocese of Metuchen, I felt the McCarrick report was an important chapter in the story of that local church, and to ignore it felt disingenuous at best. More importantly, as a minister of the church, I felt it was my duty to honor the victims’ stories by reading them with intentionality and contrition, no matter if I had the stomach for it. (Admittedly, I did have to keep a wastebasket nearby when I read the Pennsylvania grand jury report, because the horrifying details could be so gruesome that I retched.) I know how abnormal it is to have a commitment to that kind of grotesque horror in written form, a soulless account of the ways our church prioritized the institution over transparency, accountability, and healing. For me, it felt like a sacred duty to listen to the voices that had been silenced.

My engagement in the church has become a sacred duty, to fix my gaze on how my God-given gifts can be sanctified, to make the church a more authentic, joyful, welcoming place that my young adult peers can and would participate in with delight.

My husband and I both work for the institutional church in different capacities, so our faith and the church are common topics of conversation around the dinner table or on walks with our dog—not to mention it makes us a hit at parties. A question often implied, though rarely asked of the two of us, is why on earth we not only continue to be active Roman Catholics but also work full time for the institution. This question certainly bubbled up to the surface while I read the abuse reports of recent years.

When I was in graduate school, years before these recent crises hit so close to home, I had a conversation with a cherished mentor wherein I bemoaned how to continue to love the church in the face of disappointment, hurt, and obstacles. Her wisdom was prescient: “Celebrate what is right in order to have the courage to fix what is wrong.” That outlook led her many years before to her work with Leadership Roundtable, an organization that promotes best practices in the temporal affairs (management, finances, human resources, etc.) of the Catholic Church in the United States. Resolute in its conviction that healthy leadership and management lead to a healthy church, the organization’s response to the abuse crisis of the early 2000s was to engage the gifts of every brilliant layperson at its disposal to overcome crises of transparency and accountability.

The work of Leadership Roundtable continually inspires me to be attentive to my gifts and how best to use them in service to the church—not “staying” in the church despite the abuses we have seen but precisely because of those occurrences. My engagement in the church has become a sacred duty, to fix my gaze on how my God-given gifts can be sanctified, to make the church a more authentic, joyful, welcoming place that my young adult peers can and would participate in with delight. It comes down to additional words of wisdom from my mentor: “Be the church you want to see.”

Each time we as a church face a new wave of scandal, inauthenticity, and disappointment, I remind myself of that vision as a deep inhale. But it is not enough for me to just hold that optimistic vision. I have to do the work in my own small corner of the vineyard to manifest it. Hope is a virtue that requires action to sustain it. The hope we hold on to for a better, holier, more authentic church can only come from working in the vineyard to bring it to fruition and from allowing this time of truth telling to be a tilling of the soil.