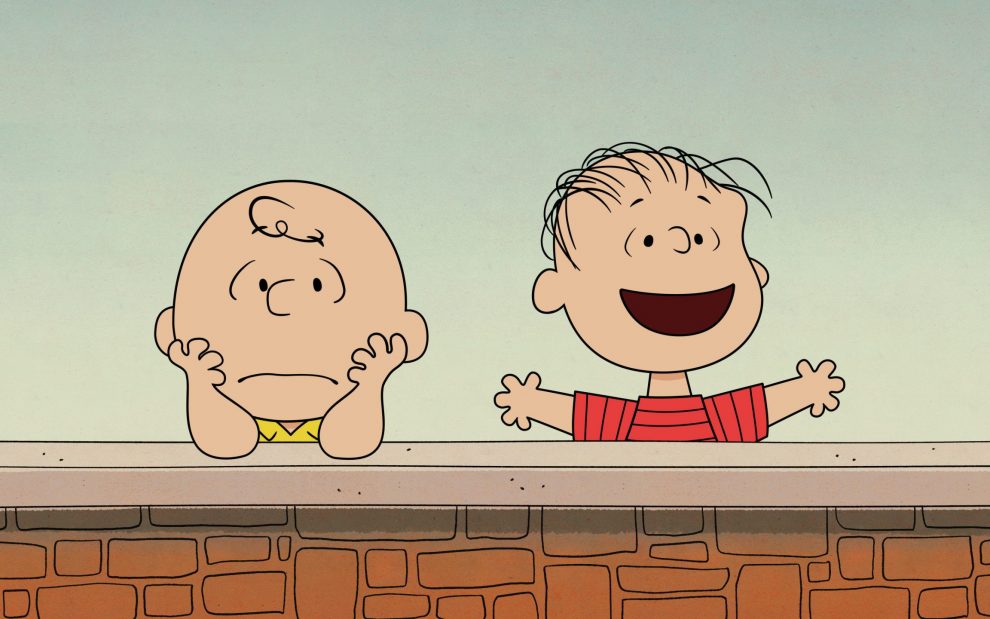 There’s a touching scene toward the end of the new documentary Who Are You, Charlie Brown? where Charles Schulz, the creator of the beloved Peanuts characters, is being interviewed by Al Roker. The interview took place shortly before Schulz died and just as the final Peanuts comic strips were being published. Roker asks Schulz how he felt about ending these comic strips that he had been creating daily for almost 50 years. Schulz, in his gentle but self-aware manner, warns, “I’ll probably cry as I say this.” Then he chokes up and says, “That poor boy never got to kick that football.” It’s a testament to just how iconic the character Schulz created is that no mention has to be made of that poor boy’s name. We all know the lovable character he’s referring to. But more important is Schulz’s willingness to show his tears on national television. In fact, his ability to show his vulnerability through Charlie Brown and Charlie Brown’s childhood companions is what makes those characters so relatable and enduring.

Who Are You, Charlie Brown? is a heart-warming film about Schulz and his life’s work. It is also a visual delight as we are treated to a plethora of comic strips, drawings, animation, and archival footage all brilliantly woven together, giving the sense that we are inside Peanuts. Director Michael Bonfiglio cleverly decides to tell two stories, that of Schulz and that of Charlie Brown. Throughout the film we are entertained by an original animated story where Charlie Brown struggles to write a 500-word essay for school describing who he is. This device allows for Charlie Brown to interact with all the beloved Peanuts characters to understand himself better. Linus offers words of wisdom. Lucy happily offers to point out all his faults (with a slideshow no less!). The little red-haired girl remains ever elusive. This story is paralleled by Schulz’s own life—perhaps a little too tidily but satisfactorily in broad strokes.

Nostalgia for good-natured childhood enjoyments like Mister Rogers or Peanuts can be a salve.

Schulz was an only child born in Minnesota in November 1922. A gifted but shy introvert with a penchant for drawing, he always knew he wanted to make comics. He was drafted into the Army as a young adult and served in Germany and France during the Second World War. His mother, with whom he was quite close, died while he was serving his country. When he returned, he dedicated his time to freelance comic work, trying to establish a career. Success came slowly. It wasn’t until he started using children as the main characters in his comics that his work started to sell. With the creation of the hapless but persistent Charlie Brown and Snoopy, his cute and ever imaginative dog, Peanuts was born. The medium of popular comics has never been quite the same.

The film deftly highlights the continuing relevance of Schulz’s characters through interviews with a broad spectrum of people. Tennis trailblazer and icon Billie Jean King, who partially inspired the character Peppermint Patty, points out the strength of the female characters in Peanuts and how Schulz “wanted the world to be fair for everyone.” Roker and comic author Robb Armstrong highlight the significance of Schulz’s choice to introduce a regular Black character, Franklin Armstrong, after the assassination of Martin Luther King Jr. Transgender author Jennifer Finney Boylan praises the quiet “dignity” of the character Pigpen, who was different but refused to be disturbed or set back by it. Even popular radio journalist Ira Glass somewhat bemusedly observes, “I’m a Jew. Christmas means nothing to me. But A Charlie Brown Christmas special, does it get better than that?” All of this, including the praise of a young audience, witnesses to something shared and much deeper than a good laugh. Schulz revealed himself, his vulnerability, his musings, his values, and his failures within his characters. He did it in an art form and style that put us instantly at ease so we could see ourselves.

Like the recent popular documentary Won’t You Be My Neighbor? about Fred Rogers, part of the allure of Who Are You, Charlie Brown? is the nostalgia it stirs. This is not necessarily a bad thing. In our current political and cultural climate—where tensions run high, people are very quick to make judgments, and shared values seem in short supply—nostalgia for good-natured childhood enjoyments like Mister Rogers or Peanuts can be a salve. Moreover, as we smile at Mister Rogers’ familiar song and cardigan or Charlie Brown and Linus sitting in the pumpkin patch, we realize that we are not alone. Likewise, in the midst of the humor and nostalgia, both documentaries remind us that Rogers and Schulz lived through tumultuous times and both did their part to try to combat racism and speak to the “better angels of our nature.”

As the film concludes we see Charlie Brown at the end of another disappointing event, sulking, only to be invited by Peppermint Patty to join everyone ice skating on the lake. There they all hold hands and skate together happily. Schulz taught many of us as children to be empathetic and, at the end of it all, to come together and be reconciled. That may be a lesson we have to learn again as adults. Thank you, Charles Schulz, and thank you, Charlie Brown!