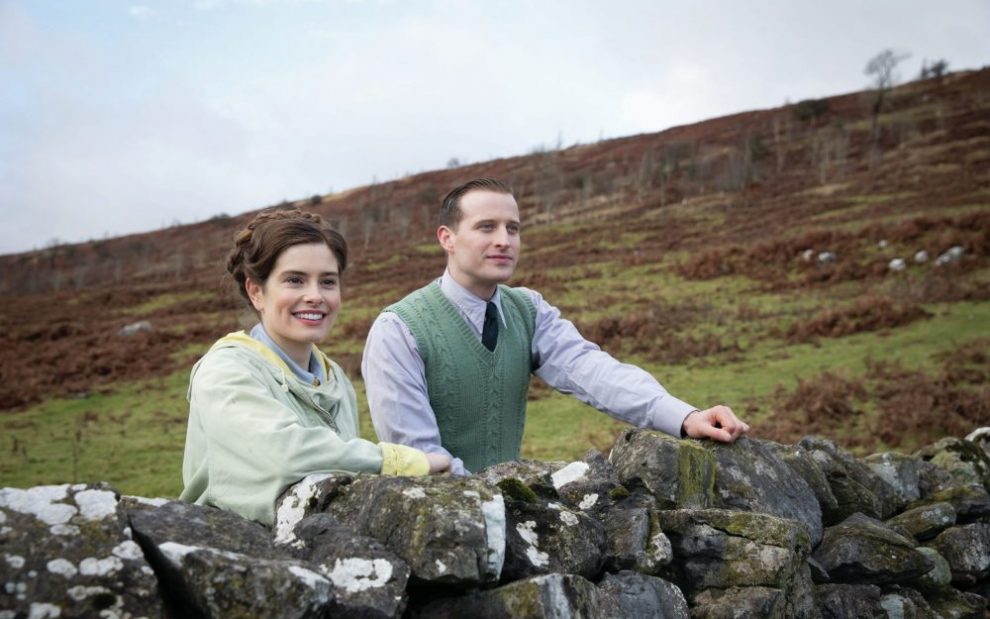 It’s so nice to visit England.

It’s even more delightful to time travel back to the years before the Second World War, remembered nostalgically through the eyes of beloved author and veterinarian James Herriot, a pen name used by James Alfred Wight.

His bestselling books include All Things Bright and Beautiful, All Things Wise and Wonderful, and The Lord God Made Them All. A classic BBC television series, All Creatures Great and Small, ran for 90 episodes through the late 1970s and 1980s. Now there’s a new adaptation of the same title, and it is glorious. The first six episodes debuted in the United States on PBS Masterpiece in January, and it has already been renewed for a second season.

A country vet in a dodgy car puttering along single-lane roads from farm to farm through the bucolic splendor of the Yorkshire dales in northern England could sound sleepy, but it is actually thoroughly engaging and charming.

The village is utterly picturesque, the pub warm and friendly, and the eccentric characters charmingly wary of strangers until the new, young vet proves his mettle, at which point the locals become fiercely loyal and stalwart. It is predictable but also comforting and compelling.

Simple tales of people and their pets and livestock become parables about the foibles of human behavior and the caprices of fate. Herriot assists at a difficult calving, resuscitates a puppy, faces controversial ethical dilemmas, and diagnoses the digestion of horses while learning how this remote, hardscrabble community views itself and its place in the world.

Oh, it is another time, indeed. At a holiday party, the housekeeper presents a visiting child with a treasure: “Merry Christmas. Enjoy your orange.”

All is not sugarcoated. There is poverty, struggle, family strife, and hardship. And animals—dogs, cats, everything that lives on a farm, and an overweight Pekingese named Tricki Woo, whose indulgent owner, the wealthy Mrs. Pumphrey, is wonderfully played by Diana Rigg in one of her final roles (Rigg, 82, died in September 2020).

It is predictable but also comforting and compelling.

Rigg is not the only impeccable piece of casting. As Herriot’s boss, the irascible Siegfried Farnon, Samuel West brings a palpable grace and humanity to every scene and elevates the entire series. His work has long been reliably nuanced and smart. Anna Madeley plays housekeeper Mrs. Hall, a character given short shrift in the books but expanded brilliantly here by the script and Madeley, who can say volumes with a glance over the kitchen table. Callum Woodhouse makes Siegfried’s wayward brother, Tristan Farnon, more dimensional and likeable than did the books or previous productions. Nicholas Ralph as Herriot somehow manages to appear dashing even when standing in manure wrestling a cow in labor. (Turn on the subtitles—the Yorkshire dialect is thick and delicious but takes some getting used to before a mere American can readily decode it.)

Yorkshire qualifies as a character in itself. It is justifiably known for its remarkable natural beauty, and the camera lovingly lingers on rolling hillsides quilted together in tidy hedgerows and pretty ponds. Now and then, Herriot steps out of his car to just stop and stare at the landscape, and we’re glad he does. It’s stunning, and the photography, both rural and in town, is lush and appreciative.

The series is remarkable for its poignant and powerful moments of characters doing something simple and powerful: being perceptive and kind. A mixed-race couple fretting over a puppy’s birth notices a young couple that is falling in love and so shares relationship wisdom gained from their own experiences of rejection and acceptance. Mrs. Hall, hurting from her grown son’s abandonment and struggling to sing a hymn in church through her tears, is bolstered by the arrival of crusty old Siegfried, who stands next to her and squeezes her hand in understanding.

Such human gestures, delivered at a time when many of us are first venturing out of our doors after many months of isolation, demonstrate potent lessons on how much we impact one another’s lives and what worth we convey when we notice and know one another.

When the veterinary staff gathers around the wireless to listen to the annual Christmas message from King George to British citizens, the historical speech resonates with such regard and integrity that its very civility feels foreign and is deeply moving.

The series is remarkable for its poignant moments of characters doing something simple and powerful: being perceptive and kind.

Wight’s books as Herriot are internationally beloved by fans, who often take the fiction literally and go looking for the invented town of Darrowby. Thirsk, the Yorkshire town in which Wight actually practiced, has become a pilgrimage destination, and his real-life veterinary office is now a museum about his life and work, featuring some of the sets used in the BBC original series.

Wight’s children recently revealed that their father suffered from clinical depression and had received electroconvulsive therapy. Out of that darkness, the author created these joyful, funny books filled with stories celebrating the tender and meaningful relationships between people and their animals. These stories help remind us of the power of human decency and the enduring influence of treating one another with respect.