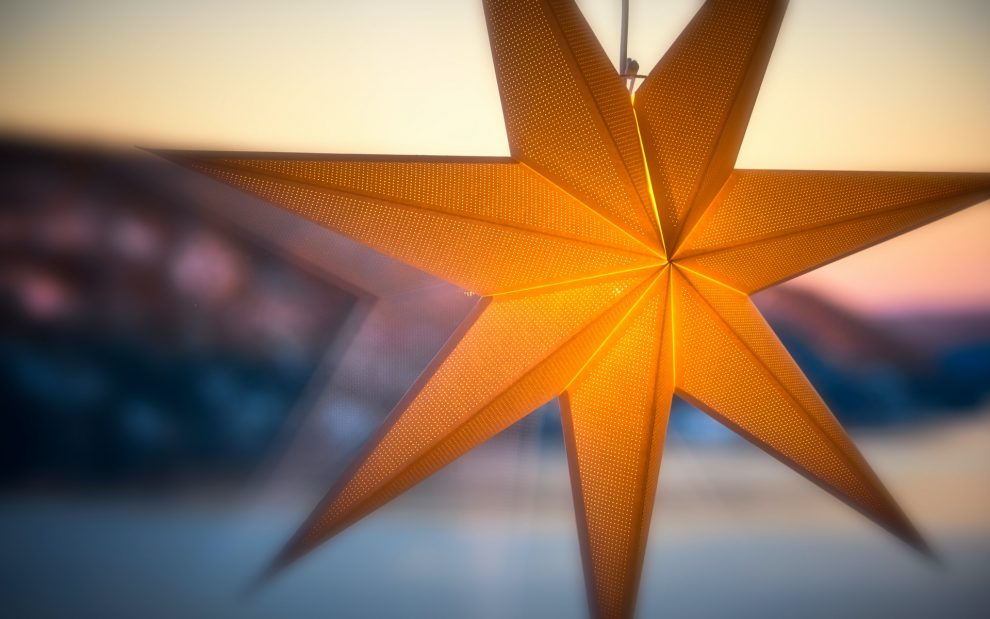 Every year, as soon as Advent arrived, my parents would tell stories about how Christmas was celebrated “back home” in the Philippines, where they had been born and raised.

Although we embraced the customs and traditions of the United States, we did not forget our Filipino traditions. Our special Filipino star lantern, or parol, hung in our front window, and the nativity scene was set up next to our Christmas tree.

My sister and I rarely found presents under the tree, because we were told it was Jesus’ birthday and he gets the presents. But we did receive a few gifts and always a new dress Mom had made so we could dress up for Jesus’ birthday.

I never grew tired of listening to the stories about Christmas back in the Philippines, and one of my favorite tales was about the tradition of Simbang Gabi or Misa de Gallo. In fact, the celebration has gone by many different names, including the Golden Mass or Angels’ Mass.

It started in 1587, when the crowds at Mass on the days before Christmas were overflowing from the church, so the prior of the San Agustin Acolman Convent, on the island of Luzon, Philippines, asked the pope’s permission to hold the services outdoors. The request was granted, and Simbang Gabi became a Filipino spiritual tradition of Mass on each of the nine days before Christmas.

In the Philippines, Simbang Gabi novena Masses were celebrated at dawn, when the roosters crow, hence the name Misa de Gallo or “Mass of the rooster.” This was done for very practical reasons—Filipinos then were farmers or fishers who either began or ended their day at dawn.

Simbang Gabi novena Masses were celebrated at dawn, when the roosters crow, hence the name Misa de Gallo or “Mass of the rooster.”

The missionaries decided they could gather all the people together to implant in their hearts and minds the teachings of the Catholic faith while integrating Filipino customs and traditions. Thus, at the first light of dawn, church bells rang, and a band played traditional Christmas carols throughout the town. Families would walk or ride their carabao (water buffalo) sleds to their local church. After Mass the celebration continued with a variety of delicacies served in the churchyard, such as bibingka (rice cakes), puto bumbong (sticky rice), roasted corn cobs, and ginger tea.

The tradition of Simbang Gabi continues in the United States, but it has been altered a bit from its original form. Most novena Masses are held indoors in the evening, not at the crack of dawn. In addition, not all parishes celebrate the full nine days. Sometimes neighboring parishes each take one of the nine nights, and people go from church to church for the novena.

Simbang Gabi Masses always have Filipino touches. Many parishes have families process in with the traditional star lanterns fashioned of bamboo and paper, symbolizing that we are preparing our hearts and homes to welcome and receive Christ, our Light. These parols can also be seen in any Filipino home during the Advent season. There is usually a Filipino cloth to cover the altar, an offering of the Filipino national flower, sambaguita, which is like sweet jasmine, as well as a basket of fruit at the presentation of the gifts.

Even in the United States, no Filipino liturgical celebration is complete without a reception. If there are no sweet rice cakes or puto bumbong or ginger tea, there will at least be sandwiches, sweet bread, and maybe even pancit (noodles mixed with vegetables and meat) and lumpia (egg rolls). But for sure, there will always be enough food for all to enjoy.

Even though we had a Filipino lantern rather than lights around our window and few presents under the tree, I appreciated the simplicity and family tradition of Simbang Gabi.

Yes, our home was special during the Advent season. Even though we had a Filipino lantern rather than lights around our window and few presents under the tree, somehow, as I grew older, I appreciated the simplicity and family tradition of Simbang Gabi.

To this day, my sister teaches her own children the same stories and has given them each their own parol to continue the tradition with their own families. In this way, we preserve the precious memories of our past and bring to create new and sacred memories for generations to come.

This article originally appeared in the December 2003 issue of U.S. Catholic (Vol. 68, No. 12). Click here to subscribe to the magazine.