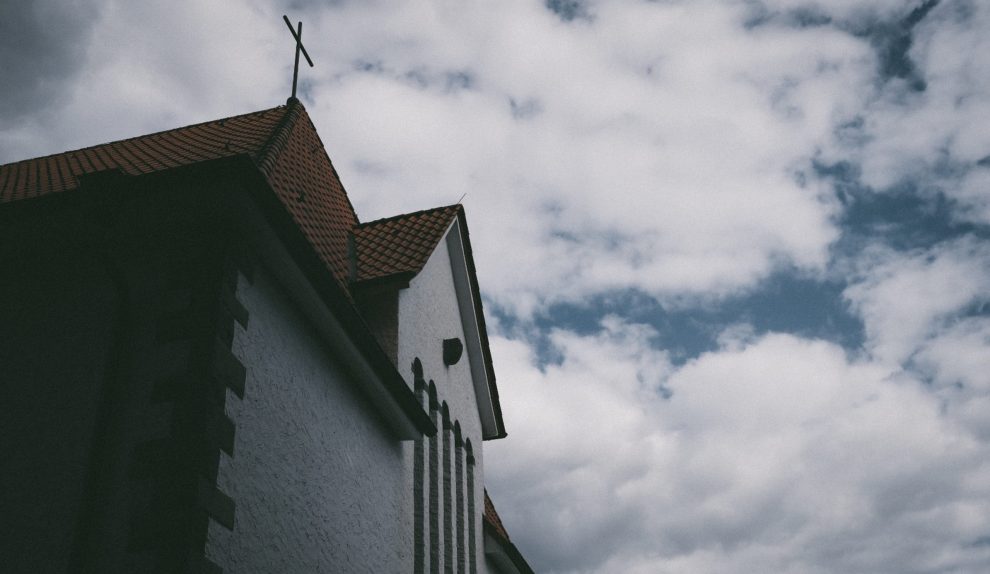 “I can’t believe what you say because I see what you do.”

This was James Baldwin’s incisive critique on the pretty words of white people, especially white Christians, when engaging with racial injustice. Baldwin’s words have stuck with me for years, and that is why I often am extra-critical of white priests, pastors, theologians, and writers who attempt to offer a constructive word on racial justice. With so many wise authors of color to read, most books of this kind are just not worth the time it takes to read, let alone the price tag that goes along with it.

Swanson’s Rediscipling the White Church is both a breath of fresh air and a punch to the gut. This is a compliment. Truthtellers all the way back to the Hebrew prophets evoked similar responses.

Swanson is the white pastor of a multiracial, Evangelical-Covenant church in the African American Chicago neighborhood of Bronzeville. In full disclosure, my marriage is ecumenical, and my wife and I were part of the founding of this church; Swanson has been an acquaintance of mine for more than 10 years.

He, too, may be haunted by Baldwin’s critique, and so Swanson’s intended audience is white Christians and his hope for his readers is this: “Once we see white Christianity’s complicity with racial segregation and injustice, it is our urgent responsibility to reimagine our discipleship practices such that our communities are oriented to the reconciled Kingdom of God.”

This is the starting point. His intended goal is to wake up white Christians and, as a pastor, offer them a vision for becoming more faithful to the teachings of Christ that directly connect to the work of racial justice both in the church and society.

Having said that, a question looms large: What does a white Evangelical-Protestant pastor have to offer white Catholics? After all, the distance between the language and structure of the Catholic tradition and the language and structure of Swanson’s Protestant-Evangelical tradition is quite large. And the practice by some Evangelicals of engaging Catholics as objects of conversion in need of “salvation” continues to this day.

In light of these obstacles, I see at least two ways this book can speak ecumenically to white Catholics.

First, Swanson clearly brings to the fore the reality of racialization and “whiteness” as a starting point for a church to become more racially just. As Swanson points out: “No matter whether your presence in this land preceded the European colonialists, your ancestors came here willingly, or your lineage is traced through people who were kidnapped into slavery, racial whiteness has thoroughly altered your life.”

From my experience, there is perhaps no greater challenge for beginning the process of racial justice in a Catholic setting than for European-descended Catholics to recognize that we, too, have been racialized. This racialization that began with colonial conquest of the 15th century has since engulfed all persons in the Western Hemisphere and beyond. It has tethered us to one another so that our value as human beings is no longer connected to being image-bearers of the Living God but rather to our ability to approximate and reproduce whiteness.

In other words, the closer one reflects and reproduces whiteness, the more their life possibilities are enhanced, and others find theirs diminished, by racialization. And the more we allow racialization to continue unfettered, the more likely we are to be complicit in harm against our sisters and brothers of color.

Some contemporary consequences include alarmingly high incarceration rates, educational inequality, lack of access to safe and decent housing, greater likelihood of bodily harm at the hands of law-enforcement officials, and spiritual mutilation through internalized inferiority that often leads to lateral violence within African American, Indigenous, and other communities of color.

I use racialize as a verb because it is an ongoing process and “whiteness” is a social category that always is in flux and is the center of and reference point for racialization. As I have written in detail elsewhere, the acceptance and assimilation of the various groups of European Catholics into “whiteness” was painful and led to the extraction of a cultural identity—Italian, Irish, German, Polish, etc.—to become publicly “white” and thus garner the privileges of citizenship. After several generations, the American “melting pot” burned away old languages, customs, rivalries, and ways of being.

U.S. white Catholics and parishes, especially in urban settings that were hubs for immigration, carry the memory of the painful struggle for acceptance into this construct in a nation that originally was formed for the benefit of White Anglo-Saxon Protestant men. We, and our immigrant ancestors before us, learned to play the game, survive, and flourish. For many white Catholics, this generational pain has never been resolved and its memory lives on in our liturgies, gatherings, and ways of being in private while having indeed learned to perform and benefit from “whiteness” in public. The first three chapters of Swanson’s book can assist in beginning this recognition process in parishes and small groups.

Second, Swanson writes as a pastor. He is trying to not just talk the talk but also walk the walk. He provides examples, through reflecting on his mistakes and successes in ministry and life, for how to resist the gravitational pull of the idol of whiteness and to create something new: a community of disciples intentionally committed to reflecting the triune God more so than reproducing whiteness.

This perhaps is the greatest contribution of Swanson’s book to a white Catholic audience: He shows one way to honor Baldwin’s critique through what we Catholics might call “mystical-political” praxis (intertwining spirituality and social action).

Swanson gives examples of his experience cofacilitating bi-annual cross-racial pilgrimages to sacred sites of racial justice in the South; examples of interracial community groups that meet in homes on a weekly basis to tell difficult truths and take care of one another; ways his church tradition has reenvisioned liturgy, preaching, communion, and children’s ministry away from whiteness and towards discipleship; and his own struggles speaking with white churches about their own histories of being racialized and the consequences thereof.

To this end, he points out that a diverse church is not the ultimate goal, although it can be a good thing.  Rather, the goal is discipleship away from the idol of whiteness that has tethered us together and towards the triune God of Jesus Christ, which transforms these tethers into relationships of authentic mutuality to create a more racially just church and society.

Although not all of Swanson’s book is easily accessible to white Catholics, there is much here from which to learn.  Especially during this moment in history, when the original sins of genocide, chattel slavery, and racialized injustice sown by those “who think they are white” (to quote James Baldwin) threaten again to tear our nation apart.

The wounds of whiteness are multifaceted and the racial injustice created by them run deep. This book is one tool in learning to heal those wounds and to begin to take Baldwin’s critique seriously.