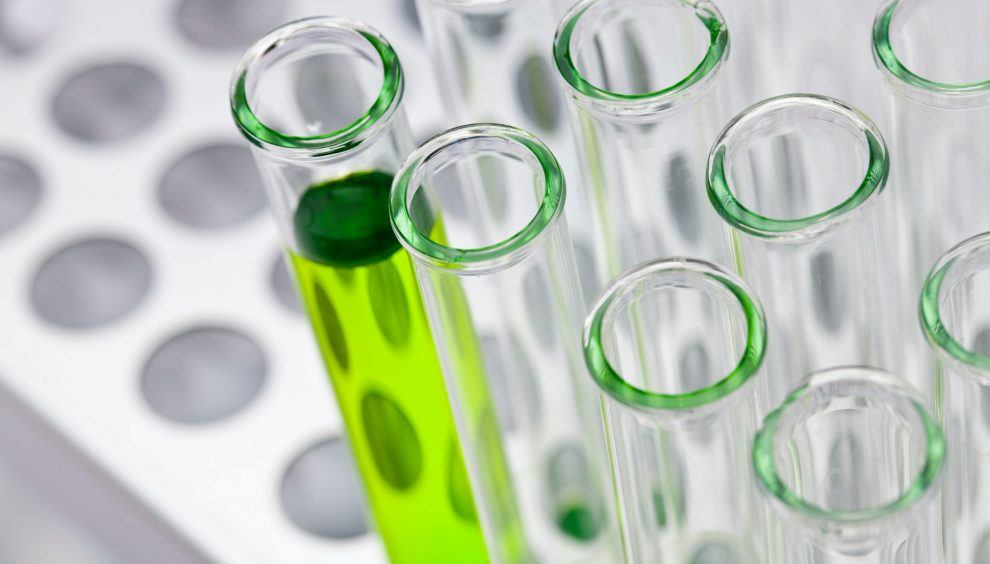 In 2013 the American Association for the Advancement of Science (AAAS) found that Christians are more likely than other religious groups to ask religious leaders questions about science. The problem is that few religious leaders have exposure to science or are trained to address these questions.

AAAS came up with a solution: the Science for Seminaries program. The program is part of the AAAS Dialogue on Science, Ethics, and Religion project and is funded by the John Templeton Foundation. It provides funds and other resources to seminaries and divinity schools in order to help them integrate science into their foundational courses, including theology, scripture, and ethics courses. Catholic Theological Union (CTU) in Chicago was one of the most recent participants in the program.

Dr. Dawn Nothwehr, a Rochester Franciscan sister, teaches moral theology at CTU and is co-leading the project with Dr. Anne McGowan, who teaches liturgy. Nothwehr hopes that integrating science into the CTU curriculum will change not only students’ perspectives but the church as a whole, as these students, both lay and ordained, take what they learn into their future ministries, both lay and ordained. U.S. Catholic talked to her about the connections between science and faith and why it is so important that people of faith be able to communicate scientific principles.

Are science and faith connected?

We believe in creation, and we believe that God created everything. If you want to know more about God, go look at a flower. Look at the ecology in the Canticle of St. Francis of Assisi or how Pope Francis talks about integral ecology. St. Augustine speaks of creation as “a second book of revelation” along with scripture.

Within Catholicism, there’s this sense that if you look at anything long enough and have an inquiring mind, you’re going to ask where it came from and how it happened. You’ll start to notice the complexity and genius in how things evolve and grow. Ultimately, you will come upon Mystery—a beauty and complexity beyond human knowing.

This is what a scientist does. And any answer a scientist discovers leads to 20 other questions. In a way, I think this is a very important starting point for a conversation between theology and science: Theology does the same thing. There’s always something more, something beyond what we know about God and creation. This is the transcendent understanding that comes with being human.

Does thinking about theology and science as similar in this way change how we think about God?

There’s so much of our day that just slips by: We don’t stop to really look at anything. To be a scientist is to stop and take note of what surrounds us. Science can call us to see the beauty that’s right there, not just through a telescope or microscope but wherever we look. And that’s a lead to the transcendent.

Thinking of God as a scientist teaches us this intimacy with the rest of creation. Scientists speak of their fields with this childlike awe and wonder that I think a lot of us have lost when it comes to talking about the world around us. Maybe if we had a little bit more of that in our societies and communities, we could develop better ways of living and being. Before you can have any answers, you have to ask a lot of questions. You have to approach the world around you with openness and an understanding of the complexity of all things. Again, this comes back to an intimacy, which God models.

How has science influenced your own faith?

I grew up in small-town Minnesota surrounded by the natural world. My father’s family lost their South Dakota farm during the Depression, but he still grew up out in the fields. I grew up with his curiosity about the natural world and even considered going into the sciences. This got integrated with my religious beliefs later on in life.

So much of the context in which we live forms and shapes us. It seems to me that if you have a positive sense of the created world, then the natural next step is to start asking questions about how and why it all came to be. And those questions are both scientific and theological.

To me, science reinforces everything. I can talk about anything theologically or technically. As Pope Francis says, “Everything is connected.”

Has the church’s relationship with science changed over time?

The church has always been a big supporter of science. The first real astronomical institution in the world was the Vatican Observatory. Wikipedia, for example, has a page of hundreds of Catholic scientists, both lay and clergy: Some are laureate-level scientists. Indeed, the Pontifical Academy of Sciences and the Pontifical Academy of Social Sciences—both of which advise the pope and church hierarchy—are made up of laureate-level scholars.

That said, I think Laudato Si’ (On Care for Our Common Home) opened the door to talking about science and faith in a new way. Pope Francis came right out and said, “We need science.” I don’t know a lot about how previous popes talked about sciences, but Laudato Si’ was straightforward in calling for a dialogue between religion and science. It was set in language that people could understand. It wasn’t some Vatican tome in Latin. It was also significant because it cited research from the pontifical academies. They have certainly always been there and utilized in one way or another, but this was the first time the general public became aware of them.

I also think that the Second Vatican Council had an influence on the relation between science and theology. Vatican II opened the way to an inductive rather than deductive way of doing moral theology and thinking about human values. And this approach is much closer to what the scientist does: It relies on collecting evidence and then discerning based on this evidence. It’s a very different, more integrative process than what had been done before.

How is CTU attempting to better engage science and faith together?

CTU is part of AAAS’s Science for Seminaries initiative. As part of this grant program, seminaries commit to integrating science into their core curriculum in order to promote dialogue between scientists and faith communities.

We more intentionally integrated science into nine of our foundational courses, including classes on theology, liturgy, spirituality, pastoral care, and world Christianity. I teach Introduction to Moral Theology. One of the major things I teach my students is that the foundation of moral theology is reverence for the human person and their environment. One way to think about this is that people’s capability and culpability depend on how their brain works. A disease or malfunction in the physical structure of the brain will influence someone’s capacity for and capability of making good moral decisions. There’s a social dimension to how we talk about sinfulness in regard to human behavior, and this necessitates understanding the science behind the human brain and mental health.

My first two degrees are in social work and psychology, and my first jobs were in residential treatment centers with emotionally disturbed children. Kids who had been abused, neglected, or beaten up by their parents. I saw how a child’s development is affected by what happens to them, what food they get to eat, the context in which they live, and whether they have to worry about getting shot every time they go outside. Scientific research has shown all these things have an effect, but they also very clearly point to issues that are addressed by the church’s social teachings.

There are also pastoral applications to scientific understanding. We hope that students will be able to take the foundational concepts of neuroscience that they learn in my class and in others and apply this to their practical ministry, whether that be in parishes or elsewhere. We teach them where to go to find scientific information, how to interact with people who are experts in the scientific field, and how to have a conversation about different topics using a scientific vocabulary.

How else do you hope your students will apply this scientific understanding to their ministries?

I think it stretches their moral imagination. A lot of our students come from all over the world, beyond the North American continent, and have different ways of thinking about empiricism and science.

When I teach moral theology, the first thing my students read is Lumen Gentium (A Call to Holiness). Then we start talking about virtue ethics, and from there we talk about the strengths and weaknesses of inductive versus deductive reasoning methods. That begins to open students’ horizons, and then we start talking about science and different ways of discovery. My goal is for students to learn that if they want to have a conversation with someone about faith, they can’t just go in by saying, “Well, this is wrong.” It has to be a genuine dialogue: a conversation. Ministry has to be about spending time with someone and getting know them and how they think rather than coming in as the judge and executioner of their beliefs or behavior.