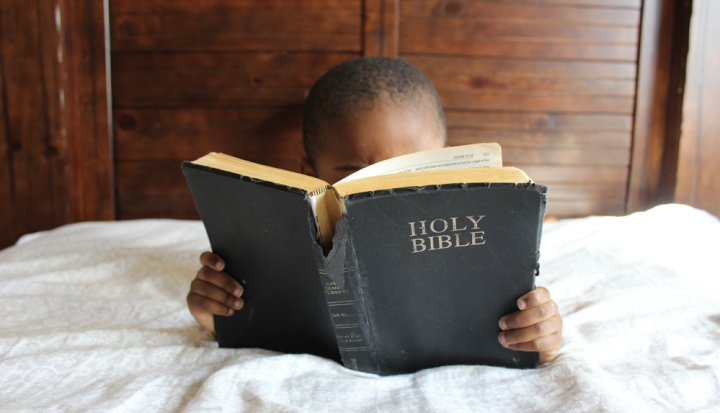 Last Ash Wednesday Sister Angie Kolacinski, S.H. marked a cross of ashes on the foreheads of hundreds of adults and children who streamed into Holy Cross-Immaculate Heart of Mary Parish in Chicago’s Back of the Yards neighborhood. (It is staffed by the Claretians, who publish U.S. Catholic.)

“As I met with a line of children,” she writes, “I repeated a familiar blessing phrase, ‘Turn away from sin and believe in the Good News.’

“One 8-year-old boy stopped me short. As I marked his forehead, he looked at me and said in earnest, ‘But I don’t know how to do that!’ ”

Kolacinski stopped to focus on the lad. She talked about what he could do and asked him if he thought he could do it. He nodded and said, “I think so.”

Wow, what a kid. Such bracing honesty in public (which would certainly have eluded me at 8 or 48). It reaffirms for me the conviction that our kids really want to know how to be Christian. I fear sometimes we sell them short, thinking they only care about video games or how soon they can ask Dad to pop for a tattoo.

Maybe we mistakenly view children and young people as “the church of tomorrow”—a delaying strategy we would never employ in teaching them, say, baseball. Perhaps we’ve heard that faith is mostly for adults, that its nuances escape our kids, who need to know only that God loves them. Bah.

Look at the Bible, where young people rise to the occasion over and over. The boy Samuel, hearing the Lord calling to him in the night, replies, “Speak, for your servant is listening” (1 Sam. 3:10). David, youngest of the eight sons of Jesse, presents himself to the king, volunteering to take on the Philistine giant, Goliath. King Saul frets, “You are just a boy, and he has been a warrior from his youth” (1 Sam. 17:33). We know how that turned out.

Author Greg Pierce says young people today are searching for “a mission worthy of their lives,” which is what those kids in the Bible had. Yes, young people do need to hear from us about how they might be the hands and feet of Christ at school, in sports, with their friends. “We assume that if we say something once, that the young person should remember it, understand it, and practice it,” writes Sister Angie. “But studies of child and adolescent development show that is not how it happens, that we adults need to regularly teach and remind young people of what is expected of them.”

Once they get it, though, our kids can put us to shame. They realize there is no age requirement for courage, sacrifice, forgiveness, generosity.

My 18-year-old nephew raises funds for and volunteers at a summer camp for poor kids. Teenagers in the Bronx are creating community parks out of toxic sites.

At Mass on Sunday the director of an orphanage in Mexico talks about the children in his care. When the collection for the orphanage comes by, my daughter reaches into her hoodie, pulls out the $20 bill she earned for babysitting the previous night and throws it into the basket.

A 13-year-old boy perishes in the January floods in Queensland, Australia because he begs rescuers to save his younger brother first.

What might God have in mind for your family this Lent? Try asking your kids.

This article was originally published in the March 2011 issue of At Home with our Faith.