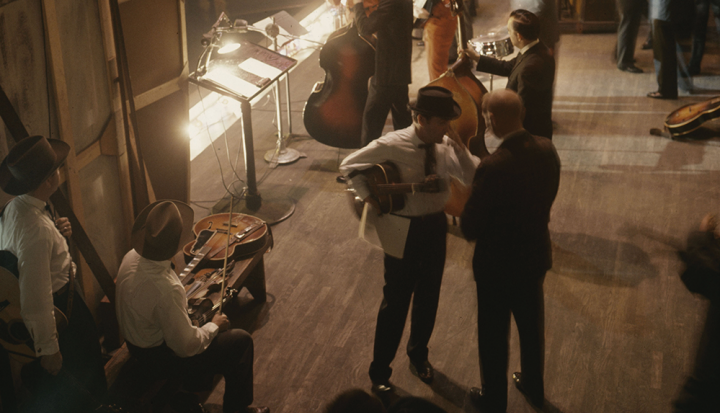 When I was growing up in a white Southern working-class home, country music was simply the air we breathed. Even as a rock and roll-crazed teenager, I still never missed the string of Saturday afternoon country music TV shows hosted by the Wilburn Brothers, Porter Wagoner, and Lester Flatt and Earl Scruggs. When I went north as a young man, country music was there waiting for me. It was the Urban Cowboy era and country had transcended region, becoming what it mostly is today: a membership badge of the white working class.

That’s the story Ken Burns tells in his latest PBS documentary megaseries, Country Music, aided by commentary and occasional outbursts of song from some of the genre’s most respected artists.

Burns and his team started working on this project eight years ago. So Country Music can’t be lumped into the still-growing genre of Trump-explainers (that is, Hillbilly Elegy (Harper), among others) that claim to decode the pain or pathology of the white working class for the benefit of America’s bewildered metropolitans. Still the series can be viewed in that light. For instance, nowhere has the pain of the working class (white or otherwise) been expressed more eloquently than in the work of Merle Haggard, whom Burns managed to interview before Haggard’s 2016 death. In the series, country neotraditionalist Dwight Yoakam conducts a stirring populist exegesis of Haggard’s labor camp ballad, “Hungry Eyes.” In the song, Yoakam points out that the family’s hardship is not caused by bad luck or God’s will; it’s because, as Haggard sings it, “another class of people put us somewhere just below.”

The class consciousness that’s right on the surface in Haggard’s songs is also hiding between the lines in all those old country songs about worried men with worried minds. But that’s just one strand of Burns’ sweeping narrative. Over eight episodes, and 16½ hours, Country Music shows us how a rural art form rooted in ancient ballads and Celtic fiddle tunes, cut with African rhythms, became a corporate monster based in Nashville. Along the way we learn how this product of cultural miscegenation became white, more or less, but never entirely.

In the 1920s, U.S. popular culture as we know it was born with the widespread availability of radio and phonograph records. To feed the demand of this new mass audience, the New York record companies sent talent scouts throughout the South to capture the sounds of the people that they hoped other people would buy.

The results shook the world. A whole universe emerged of string bands (black and white), gospel quartets, gut-bucket bluesmen, and ghostly Appalachian ballad singers. Nobody in New York knew what to call it or how to market it. Since America was a segregated country in the 1920s, they settled on “hillbilly music” from white artists for a white audience and “race music” made by and for blacks.

But, as African American fiddler, banjo player, and singer Rhiannon Giddens tells us in the series, the lines were never that clear. For one thing, many of the same songs went back and forth between the “hillbilly” and “race” repertoires. As Old Crow Medicine Show frontman Ketch Secor puts it, “You have the banjo, which comes from Africa. And you have the fiddle, which comes from the British Isles. … And when they meet, they meet in the American South. And that’s the big bang.”

African enslavement and its legacy are front and center in Country Music, as they have been in previous Burns series, such as The Civil War (1990), Baseball (1994), and Jazz (2001). Among other things, we learn here about the unjustly neglected black men who were mentors to country’s greatest innovators. These include Lesley Riddle, who helped A. P. Carter gather traditional songs that the Carter Family immortalized; Arnold Shultz, who schooled Bill Monroe, the father of bluegrass; street singer Rufus Payne, who taught Hank Williams about the blues; and Gus Cannon, whose jug band stopped young Johnny Cash in his tracks on the streets of Memphis. Burns also gives Charley Pride, a Mississippi black man who emerged as a country star in 1966, plenty of time share his experiences of both racism and reconciliation and his deep love for this music that everyone thought was white.

In this series, unlike Burns’ earlier efforts, the on-camera voices are not talking head historians like writer Shelby Foote, who became a celebrity after The Civil War broadcast. Instead, the musicians themselves, like Pride, Haggard, Kathy Mattea, and others explain their tradition. Singer-mandolinist-guitarist extraordinaire Marty Stuart especially comes off as a brilliant spokesperson for the music that, he says, has “moved his heart” since he first heard the murder ballad, “Long Black Veil,” as a seven-year-old boy in Philadelphia, Mississippi.

If Stuart is this series’ Foote, Cash is its Lincoln. He’s dropped into the story in the first episode, as a toddler in the New Deal cooperative farm community of Dyess, Arkansas. He dies in the last episode, after achieving perhaps the greatest third act of any American artist with his late-life American Recordings (1994) series of raw, emotionally honest performances of material ranging from the folk tradition to post-punk rock. In between, we see Cash as he was, alternately Christ-haunted and pill-addled but always driven, most of all, by a devotion to America’s roots music and the downtrodden, outcast millions for whom it was a voice.

Cash was a walking paradox. And that makes him Burns’ human metaphor for country music itself: a rural music for city dwellers, a traditional music that’s always changing, and an American music marked by the dream of freedom and the grim reality of its limitations.