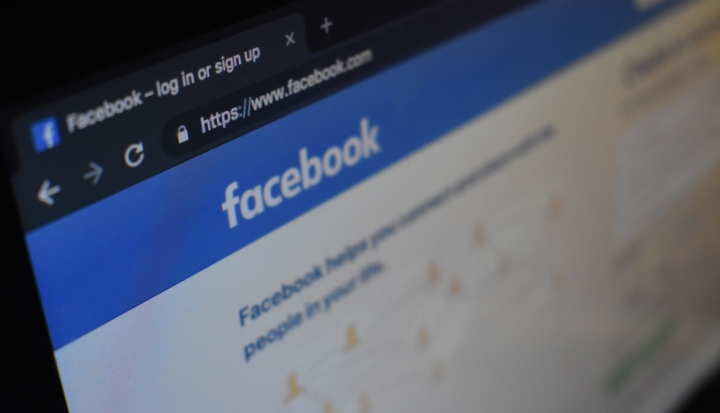 One bright morning in December, I broke my usual Sunday fast from technology to scroll through Instagram. My kids were dressed and the diaper bag was packed, so I had a few minutes before Mass to slump down on the couch overlooking our bay window and watch the snow on our lawn begin to melt due to the balmy 43-degree temperature in Fort Wayne.

Way down in Austin, Texas, Catholic writer Jennifer Fulweiler had posted a video of herself on the way to Mass. My first observation was that she lived somewhere she didn’t need to wear a coat in December. My second was that her pale pink shirt looked nice with her bright red hair. The caption splayed across the video read: “I knew it’s traditional to wear pink to Mass today because of Instagram. All my liturgical awareness comes from Instagram.”

It was a YAS, Queen moment for me. As actively involved in the church’s liturgical calendar as I try to be, I miss things. Now, thanks to Instagram, Twitter, YouTube, Facebook, blogs, and podcasts, I have daily reinforcement from the living, breathing universal church never more than a swipe away.

That morning, I already knew it was Gaudete Sunday because one of my favorite memes had been exploding on Facebook all weekend. A spoof on the teen movie Mean Girls, the meme makes reference to the popular girls in a high school who show their exclusivity by wearing pink on Wednesdays.

The meme features a still from the movie with the characters wearing their signature color, but the movie line “On Wednesdays, we wear pink” is replaced with “On Gaudete Sunday, we wear pink.” It’s the kind of pop culture/Catholicism mash-up that gives me life. Because of the meme and Jennifer Fulweiler’s post, my girls were decked out in rose (not pink, as I do get some of my information from more legitimate sources). 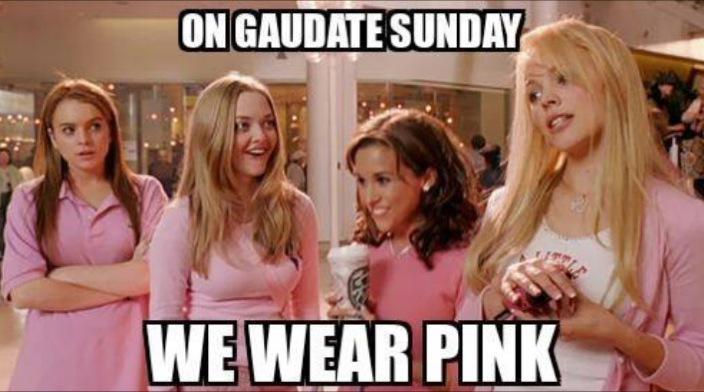 Remembering to wear the right color in honor of a church holiday is a small thing, but it points to a larger truth: As much as we complain about the perils of social media and technology, the internet is not inherently evil and in fact may be one of God’s greatest messengers yet.

The argument against the internet is obvious and well-worn. What is less considered are all the ways the internet can benefit our spiritual life.

Think back to life before social media. If, like me, you were a weird goth kid in the early ‘90s who loved God and the holy Roman Catholic Church, you probably felt pretty isolated. There weren’t many black-clad, Converse-wearing people with bright red lipstick at my church. I persisted in my faith despite community, not because of it.

While loneliness is a fact of life, I can’t help but think how much I could have benefitted from the hundreds of Facebook groups that now offer Catholics of every variety faith companions. While “weird goth kid” is a pretty narrow grouping, feeling alone isn’t. Social media connects us in ways that were previously impossible.

One of my favorite social media platforms for connecting with other Catholics is Twitter, because what Twitter does exceptionally well is display the diversity of the Catholic Church. We are big, we are many, and we don’t always agree. On any given day, a search of “#CatholicTwitter” directs Twitter users to up-to-the-minute posts, prayer requests, and commentary from fellow Catholics.

Catholic Twitter reminds us that life as a modern Catholic is complicated. Tweets from those who share our struggles make us feel less alone and challenge us to explore how the gospel should dictate our response to the world. In short, Twitter is a giant microphone for Catholic life-in-action where we can hear Catholic voices from across the spectrum. Popular Catholic Twitter accounts like Fr. James Martin (@FrJamesMartinSJ), Tommy Tighe (@theghissilent), JD Flynn (@jdflynn), Sister Simone Campbell (@sr_simone), Jeannie Gaffigan (@jeanniegaffigan), and the USCCB (@USCCB) testify to the wide, encompassing arms of Catholic Twitter.

While lonely, ’90s goth me caked in ghostly pale face powder would have found fellow Catholic weirdos through Facebook, Instagram, and Twitter, the one place I would have found the most connection would be podcasts. Anyone with a microphone and a computer can have a podcast, projecting their worldview across the ether hoping someone’s out there listening.

Because of that vulnerability and the strictly aural nature of the platform, there’s an intimacy to podcasts that sets that medium apart. Polished podcasts like Leah Darrow’s Do Something Beautiful sit comfortably alongside the college radio vibe of Jesuitical, a podcast outreach of America magazine where young Catholics talk faith. Honestly, if you can’t find a podcast that makes you feel more connected to Catholic life, you’re not looking hard enough.

The searching is easy. The question is if we’re willing to use the internet in ways that bring us closer to God. The fact that many Catholics have replaced giving up sweets for Lent with giving up Facebook is a strong indicator of how we demonize technology rather than our relationship to it. But the truth is social media and the internet are not the work of the devil.