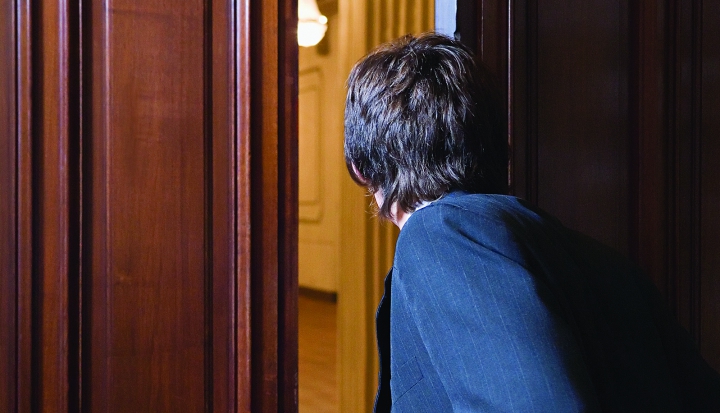 During his weekly general audience last December, Pope Francis addressed the issue of punctuality at Mass. He said: “It is not a good habit to be looking at the clock” and calculating how much of the beginning of the Mass would be OK to miss and still fulfill one’s obligation. Get to Mass early—not late, he said, because it is during the introductory rites that “we begin to adore God in community” and “to prepare the heart for this celebration with the community.”

As someone who would rather be a half hour early than five minutes late for a movie, a dentist appointment, or Mass, I certainly agree with the Holy Father’s sentiments. Preparation for the celebration of the Eucharist is important. In fact, St. Alphonsus de Ligouri once wrote that if we had 100 years to properly prepare ourselves for our first communion, it would be an insufficient amount of time. Coming to Mass early puts us in the right frame of mind for what we are about to enter into.

It might seem a bit strange then, for me to argue against those who feel the need to criticize those who show up late for church.

I specifically remember being told as a child that if you didn’t arrive before the proclamation of the gospel, the Mass didn’t count. Obviously, then, tardiness had consequences. You either committed a mortal sin and had to go to confession or, if available, you had to stay for the next scheduled Mass. Whereas it is true that before the Second Vatican Council some moral theology manuals placed arriving before the gospel—or the offertory—as the “dividing line” in deciding if one fulfilled their Sunday obligation, most priests and liturgists are reluctant to give a pat answer to the question: “How late is too late?”

There are also those who talk of tardiness for Mass as an “abuse of communion.” In other words, if you’re late, don’t come to communion. I actually understand this viewpoint. In a former parish where I ministered, a woman would habitually arrive for daily Mass at communion time. When I asked some of her fellow parishioners to find out what was going on, they reported back that she said she could do the readings at home and didn’t feel the need to hear what the priest had to say. She only needed the Eucharist. I was very tempted to deny her. I needed to remind myself, however, that the liturgy of the Word is not a prerequisite for receiving communion—and that the Eucharist should never be used as a weapon. Lately people have talked of tardiness for Mass (and tardiness in general) as a “vice” and have blamed this increasing tendency on, among other factors, technology and the Millennial generation.

I also arrived to pastor a parish at which the ushers used their arms and bodies to bar people from entering during the readings. (For some reason, you could enter during the responsorial psalm because it was “a song,” I guess.) Whereas in an ideal world folks would wait to enter until after the proclamation of the word, these “ministers of hospitality” were anything but hospitable.

So what do we do? Do we wait for people to show up and celebrate the “about 10 o’clock Mass?” I actually attended a parish in which the pastor would delay the Mass until the church filled up. The 10 o’clock Mass usually started at 10:15. The problem got worse when people caught on and began arriving at 10:25.

Although we can’t play fast and loose with packed Mass schedules in many parishes, we can be a little more understanding and compassionate. Yes, for the habitually late we might extend an invitation to examine their routines and make changes that might prevent such lateness from repeating itself; however, as someone who has a sister who had four children in five years, I can empathize with the young parents trying to get the kids out the door. Washing, dressing, and combing the kids’ hair, not to mention packing the Cheerios and the picture books, takes time. Likewise, for some of our seniors even getting to church is an odyssey. Even if you are able-bodied and on your own, you shouldn’t be faulted for oversleeping on a cold Sunday morning.

What’s most important is that they’re there. They are there at a time in our church when only 1 in 3 adult Catholics attend Mass weekly, according to a Center for Applied Research in the Apostolate survey of self-identified Catholics. They may be five, 10, or even 20 minutes late, but they are there to give thanks and praise to God, to be strengthened by the Eucharist, to pray with a community that shares their faith, and to pass on that faith to their children and grandchildren. They choose to be at Mass rather than hitting the snooze button and turning over or meeting friends for brunch. If we judge and criticize them we run the real risk of losing them. It’s just human nature that we don’t go where we don’t feel welcomed.

So even if you are a clock-watcher like me, let’s hold our judgment—and our tongue—and welcome all to our liturgies, even if they miss the gospel.

John Molyneux, C.M.F. is the former editor-in-chief of U.S. Catholic.