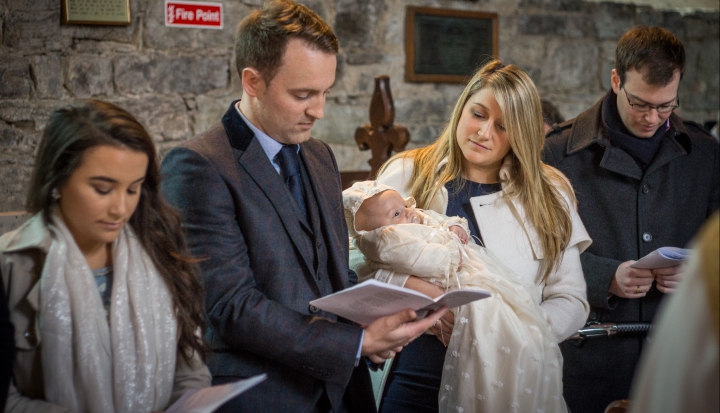 Our culture subscribes to some notions of “godparent” that don’t exactly advance the pastoral plan of the church for this essential ministry. Even people who are unaffiliated or neutral in matters of religion often ask someone dear to them to be a godparent for a newborn. Sometimes it’s a way of affirming a longtime friend. It may also be a way of identifying who among the parents’ extended family might care for their child should calamity strike. Some parents select godparents long before the birth of a child, and a certain measure of obfuscation sets in fairly quickly at church when it comes to a proposed godparent’s religious bona fides.

In the ancient church godparents were grown-ups ministering to grown-ups. Converts were mentored in a process akin to today’s Rite of Christian Initiation of Adults and accompanied in the final days of preparation by a godparent. Godparents were asked real and weighty questions about the readiness of the candidates to be baptized: Did they give to the poor? Were they learning to pray? Had they given up the sins of their former lives?

When infant baptism became the norm, the adult rite was never really abandoned, and the priest would ask direct questions to the mewling newborn: “What is your name? Do you reject Satan?” The godparents chirped up the answers: “My name is Pancratius,” and “You betcha.” Birth parents were not in the picture: Mothers didn’t come at all, and the father just stood by to make sure the godparents didn’t flip the name and maybe to see that the priest got the stipend or the chicken in exchange for his services.

So now we come to the present celebration of baptism, where the parents have a prominent place and the godparents a clearly secondary role. Now the godparents represent the church community to the parents. The question posed to them concerns their relationship not to the infant but to the parents, and asks whether or not they are prepared to support them as Christian parents. Increasingly it’s clear that the entire community has a godparenting role in baptism, and the designated godparents embody this shared commitment.

Who has the capacity to do this? Someone who knows the Body of Christ intimately, from the vantage point of a life lived at the Lord’s table. So if it’s been 20 years since Bertha has been in a church not festooned by poinsettias, or if Jack’s most religious experience in recent years was a mojito in the chapel-bar of the El Convento Hyatt in Acapulco, they may not have the ability to tell our story, to witness to a disciple’s life, to make the godparent relationship a true journey of faith.

This article was originally published in the April 2008 issue of U.S. Catholic.