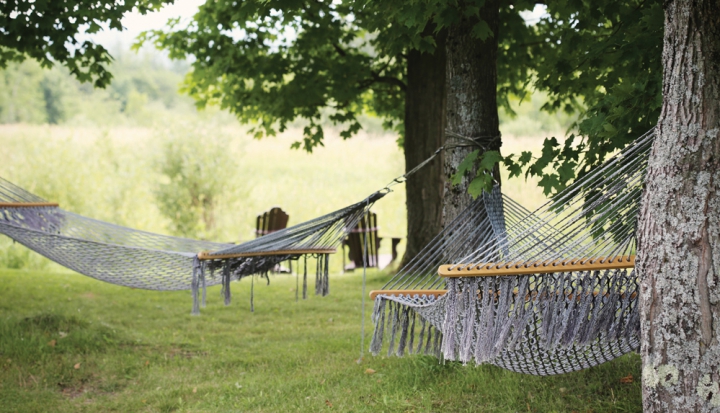 We live in a neighborhood with a high population of Orthodox Jews. Their Sabbath runs from sundown Friday to sundown Saturday. During this 24-hour period, they may not drive, cook, clean, shop, mow their lawns, do laundry, repair problem areas of their home, or play in soccer tournaments. There are probably additional things they may not do, but these are the ones I notice, since that’s what Bill and I are generally up to while they are walking past our house back and forth to synagogue.

One Saturday afternoon a number of years ago, when we were in the heat of the four kids’ grade school and early teen years, David and Liz, our Orthodox friends down the street, stopped by so our children could play together. Bill was weed whacking and I had just taken a week’s worth of socks and underwear out of the dryer. We stopped our work to chat, and talk soon turned to the Sabbath.

“On the Sabbath we spend a lot of time visiting and talking with other people, because we can’t do much else,” David explained as I peppered him with questions. “Most of the people we visit with are also Orthodox Jews because they’re the only ones who have the time off to do the same thing.”

“In fact, David, we should be going because we interrupted them from their work,” his wife nudged.

But Bill and I urged them to stay. I knew my 84 socks and 42 pairs of underwear would wait patiently for me, and I wanted to learn more about how this Orthodox family with three kids could manage to set aside a full day for God and relationships when our own family seemed not to have an hour to spare.

Talking about it later, Bill and I decided our family needed a Sabbath. Aside from Mass, we acknowledged that our Sunday didn’t really look that different from any other day of the week. Chores, running kids to activities, last-minute projects from work, errands; it’s not that what we were doing was so bad—it just wasn’t especially holy.

In the book Sabbath: The Ancient Practices (Thomas Nelson), author Dan Allender makes a case for Christians to take the Sabbath as holy. He defines holy as “set aside” and writes, “Sabbath is the day we practice for eternity. It requires that we receive, intend and protect the day. The bind is that if we let the day happen spontaneously, it will usually dissolve into the route of least resistance.”

As Bill and I planned what we wanted our Sabbaths to be, we held onto Allender’s assertion of Sabbath: “Sabbath is about relationship, nature and beauty.” Bill and I knew we could never keep our Sabbaths at home if we hoped for them to feel holy and set aside. The call of errands, yard, email, and cluttered basement would be too loud.

Instead we decided that after attending Mass our Sabbaths would be spent outside, in a beautiful environment with the whole family.

Allender aims high with his Sabbath plans: “The Sabbath calls us to receive and to create with God the delight he gives and invites us to orchestrate for his glory. It requires surrender and imagination.”

For us, surrender involves letting go of the thousand things we “should” be doing to join in the delight that Allender promises God offers. Imagination comes in finding simple outdoor activities that have elements enjoyed by all of us. Allender even examines what he and his companions talk about on the Sabbath, taking care to avoid complaining or gossip, which he feels compromises the joy and spirit of the day.

For the two or three years after that discussion, Bill and I kept our Sabbaths pretty faithfully and found it to be one of our best family decisions. We saw miles of the Ice Age Trail and visited every state park within an hour of our house. Much of our Sabbath involved hiking. Often two members of the family paired up for a discussion on the path—conversations that likely would not have happened otherwise. Arguing among kids was kept to a minimum because everyone was moving and had plenty of space. We found that Allender is correct in how nature and beauty connect us to God.

Our family’s keeping of the Sabbath when all four kids were home ebbed and flowed. Liam’s favorite Sabbath was a horse-drawn sleigh ride one January on a farm just north of Milwaukee—despite temperatures that dipped below zero. Jacob and Teenasia appreciated any Sabbath outing that included a sand volleyball court. One Sunday it started to rain on our way to Naga-Waukee Park and our then second-grader Jamie moaned, “This is the worst Sabbath ever.” But we found a picnic shelter to eat beneath, and the rain ended before our hike began, so even Jamie had to admit it turned out to be a good Sabbath after all.

Now, with two boys in college and two teenage girls who often have club sports commitments on Sundays, keeping the Sabbath has become even more challenging. But Bill and I still try to pull them off here and there on game-free Sundays. A bonus we didn’t see coming was that our boys, who used to occasionally complain about hikes being boring, are now both avid hikers as young adults.

I still marvel at our Jewish neighbors and their 24-hour commitment to the Sabbath. Our family Sabbaths are not even full days yet—they are more like Sabbath afternoons. But Sabbath for us has grown to mean so much more than a morning at church. We protect the day as much as we are able and try not to beat ourselves up when we fall short. Through our Sabbaths we have found Allender’s words to be true: “Delight doesn’t require a journey thousands of miles away, but it does require a separation from the mundane, an intentional choice to enter joy and follow God.”