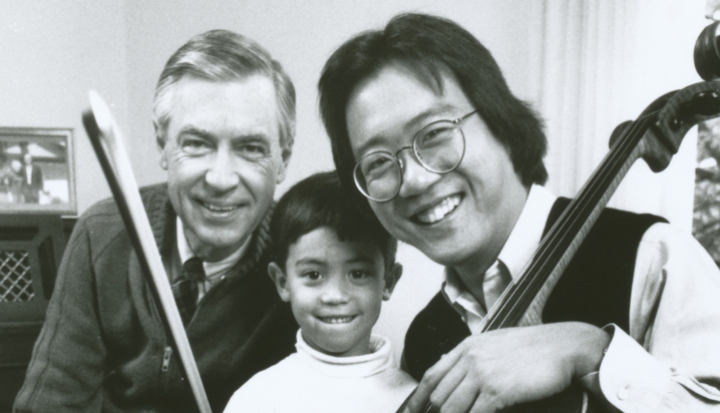 This is the year when America seems to be experiencing the 50th anniversary of everything—the Tet Offensive, the 1968 riots, the assassinations of Martin Luther King Jr. and Robert F. Kennedy. But in the midst of that maelstrom, on February 19, 1968, the still, small voice of Fred Rogers began to be heard on the nation’s embryonic network of public television stations.

Among other things, that anniversary is being marked by the June release of a documentary, Won’t You Be My Neighbor?, directed by Morgan Neville, which played to standing ovations at this year’s Sundance Film Festival.

As one of Fred’s producers says in the documentary, Mister Rogers’ Neighborhood did everything that successful television was supposed to avoid. It was slow, calm, quiet, and, to some, mind-numbingly repetitive. Every day, for more than three decades, Fred Rogers opened the same door singing the same song and made the same wardrobe change (into the famous sweater and sneakers). Every show featured a sojourn among the same puppet people in Make Believe, the same feeding of the fish, and the same closing ritual.

And for more than three decades, as American children were increasingly hammered by violent media, gorged on fast food, and shunted from one caregiver to another, they still loved that boring old Mister Rogers. I observed this miracle at close hand as my own three children sat for 30 minutes every weekday absorbed in Fred’s world, answering his questions aloud and singing his songs.

You can see it in the documentary, which features footage of Fred’s live appearances. Parents with small children line up around city blocks waiting to get in. When Fred makes his entrance, singing, “It’s a beautiful day in the neighborhood . . .” hundreds of tiny little voices spontaneously join in, the way people do at a Bruce Springsteen concert. At some point in the proceedings the children are given an opportunity to come up and greet Mister Rogers one by one, and we see a blind boy stroking the contours of Fred’s face and giving him a big hug.

In the course of Won’t You Be My Neighbor?’s 90-plus minutes, we get the facts of Rogers’ life. Born to wealth in Latrobe, Pennsylvania, he studied music in college. He planned to enter ordained Presbyterian ministry, but on his way to seminary he encountered the new medium of television and was both enthralled by its possibilities and outraged by the way it was being used. He launched a production career with NBC in New York but within a few years chucked it all to help start the first “educational” TV station in Pittsburgh.

That’s where he started using puppetry to build a relationship with preschool viewers. Daniel Striped Tiger was the first puppet. Eventually Rogers invented 10 of them for Make Believe and did all of their voices. In the film, one of Rogers’ sons, Jim, tells us that, around the house, when Fred was angry, he might switch into the voice of the witchy Lady Elaine character. But Neville makes a convincing case that timid, fretful Daniel was Rogers’ true alter-ego, a voice for the fears and insecurities remembered from his childhood that never entirely went away.

Elsewhere in the documentary, Rogers’ other son, John, remarks that it wasn’t easy “having a sort of second Christ for your dad.” And in Neville’s film, the explicitly Christian underpinnings of Rogers’ work and worldview are exposed to a degree that we haven’t often seen. Early in his TV career, Rogers started his delayed seminary studies, and at their completion the Presbyterian Church ordained him as an evangelist to television.

Christianity never came up in the Neighborhood. Fred would never do anything that could possibly make anyone else feel excluded. But in the early minutes of the documentary, he tells us, “Love is at the root of everything.” Near the end, when we see Fox News demagogues blaming Rogers for a culture of entitlement, Junlei Li, the young child development scholar who codirects The Fred Rogers Center, spells it out plainly. Rogers’ conviction that every child was “special” had nothing to do with narcissism. It flowed naturally from his conviction that each person was a unique, infinitely worthy son or daughter of the loving God.

Like his near-peer Martin Luther King Jr., Fred Rogers was a product of a Golden Age in American Christianity. In the mid-20th century, Archbishop Fulton J. Sheen was a TV star. Protestant theologian Reinhold Niebuhr was on the cover of Time magazine. American power bestrode the world, and the American church saw itself as the conscience of the colossus. For both King and Rogers, in their different ways, it was possible to believe that love, embodied as justice and compassion, could change the world.

King died for that conviction. Fred Rogers had to live for it till 2003, through a long life that saw the steady coarsening of U.S. culture, the further degeneration of mass media into a swamp of exploitation, and the gods of war unleashed with a vengeance. It all made him exceedingly sad. But, as his widow reports in the film, in his last days, dying of stomach cancer, Fred spoke often of “dying well,” by which he meant dying with his “hopes intact.” Just before he went into his final coma, thinking of the parable of the last judgment in Matthew 25, Rogers asked his wife, “Do you think I’m a sheep?”

If we had Protestant saints, Dietrich Bonhoeffer might be the first one, and Martin Luther King Jr. might be next. But after that could come Fred Rogers, the still, small voice of love and truth, crying out in the television wasteland.